I know I'm a little late in getting a post up today, but it's worth it. Furst, you get some pictures of Austin hot off the presses for his 5 week birthday! 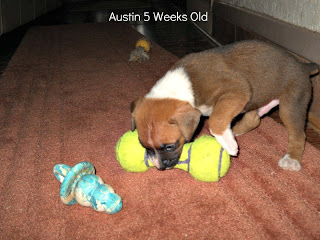 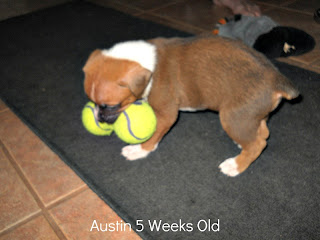 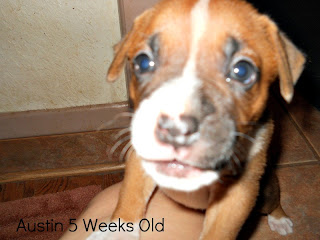 Boy oh boy, I bet he has a list a mile long waiting to adopt him when he turns 8 weeks old! There may be fist fights over this. :)

Now, my title promised puppies, plural, so let me introduce you to the sweetest little lady you've ever seen.  This is Napoli, named after a grreat Texas Rangers baseball player! 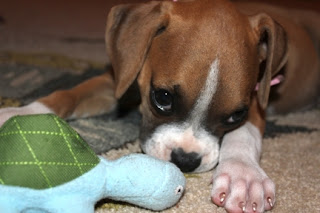 She's 3.5 months old. She was given away for free by her breeder to someone who was adopting her sister (now LBR foster Bambi) because she "wasn't healthy". The owner realized she was in over her head and surrendered Bambi and Napoli to LBR. But Napoli is a sick little pup. The original diagnosis was hydrocephalus, which is basically water on your brain. I don't know how it gets there, but this is why I hate baths!! Our vets recommended she see a neurologist, so she did, and he isn't sure if it's hydrocephalus or another disorder in a different part of her brain. Whew, that's all pretty technical! But basically it means that she has to have an MRI just to know what's wrong, then we start fixing it.

All of that costs lots and lots of green papers! The MRI is estimated at $2300-3000, ouch. And that's just to find out what's wrong! This is on top of the two leg surgeries we've had to do for LBR fosters Brielle and Melody, at $1700-2300. LBR is trying to raise money to take care of all the doggies in our care who just want a chance at a normal life and furever family of their very own.

Which is where we come in! 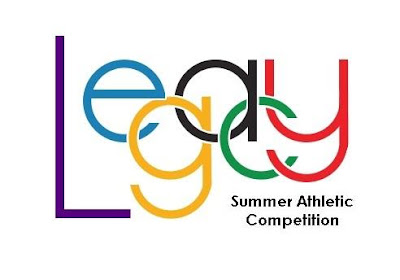 LBR is hosting its first-ever Legacy Summer Athletic Competition on Facebook! We have a bunch of pawsome boxer-y events that we're holding every day of the human Olympics, from wrestling to swimming to gymnastics. And through it all, we're trying to raise money to help Napoli, Melody, and Brielle. We set goal amounts at brindle ($5,000), white ($10,000), and fawn ($15,000). We've already raised enough to win a brindle medal, but WE WANT THE FAWN!!!

You can donate via ChipIn link OR to LBR's main website! Today's event is BOXER BURNS, so be sure to check out LBR's Facebook page to see all the grreat entries! (And vote for my sissy Cinderella, who is entered in her furst category!) 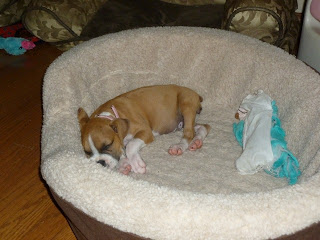 Napoli is dreaming of growing into a big girl with her own furever family!
Won't you help her reach her dream?

Posted by Matilda the Boxer at 1:57 PM