Okay, so it's not a real parade, but it's a bloggy parade. :)  I promised y'all pictures of pawsome LBR dogs in costume, and I always deliver! I think I see the first contestant now... 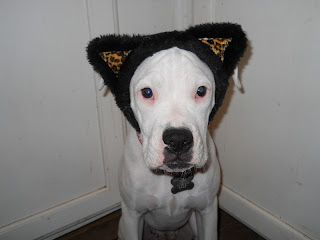 Following close behind is her foster brother. We all know and love him... yes, it's Baby Austin the pumpkin! 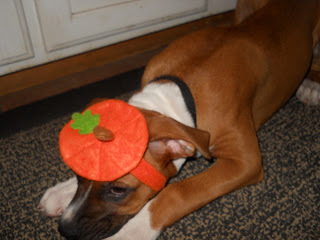 Uh-oh, everybody better watch out, or LBR alum Baxter the Warlock will put a spell on you! 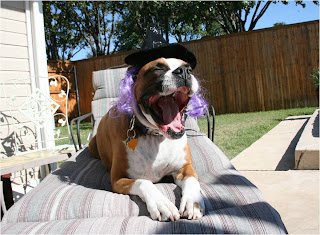 Coming up behind him with a mighty RAWR is LBR alum Bonsai the dinosaur. Grr! 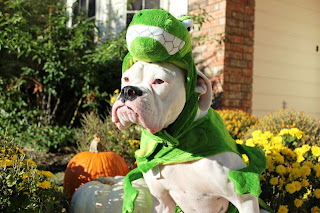 Okay, folks, hold on to your squees. It's LBR foster Brooke, aka Lady Liberty! Isn't she the cutest thing you've ever seen?? 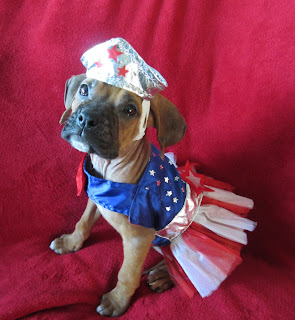 Oh, and guess what? It's her littermate, pretty little foster gal Molina the bumblebee! 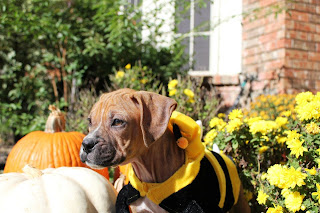 All right, speaking of too cute for words, here's LBR foster Lolly Pop, the pretty pumpkin! 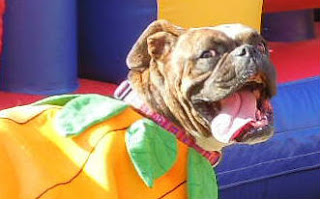 Ooh, we have some skeery monsters coming up next! First is LBR alum Dexter, stumbling along as Frankenstein's monster! 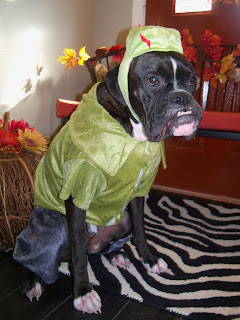 And close on his heels is his lovely Bride (of Frankenstein), Zoe! 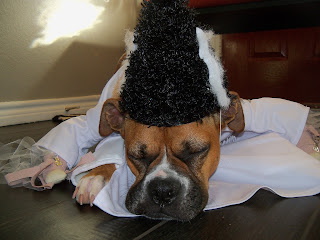 Wait, I think we may have some confusion on the parade route. Is that a boxer?? 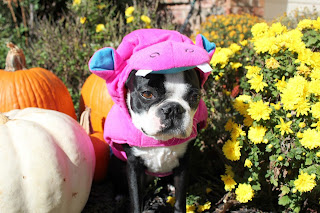 Nope, it's Willow the Boston terrier! But it's okay, this cute little hippo is a foster sissy to lots of LBR dogs, so she's allowed in the parade.

And following up behind her to end the parade with a wave of "awwwws" is her foster sissy, LBR foster Napoli, the cutest little piggy you've ever seen! 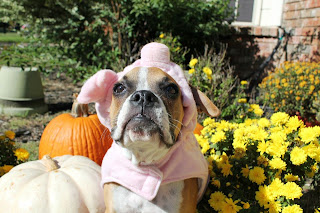 That's it for today, folks, but tune in tomorrow for the exciting conclusion to our costume parade!
Posted by Matilda the Boxer at 8:00 AM