It's almost Howl-o-ween! I hope you're excited. I know I am!! It's the mostest fun time of the year. Here in Texas, it's only just FINALLY gotten cool enough that Cinderella and I could break out our pawsome Howl-o-ween sweaters. 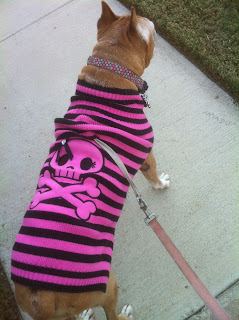 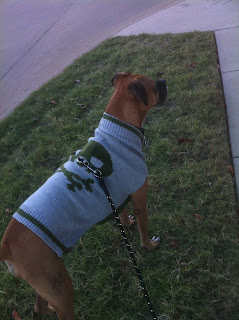 We match, 'cause we're brudder and sissy. We're both tough pirates, so we have skulls and crossbones. See, Cinderella has the girlie one with a blingy bow and eyelashes. (How does a skull have eyelashes??) Mine is the very manly gray and green, and it looks like my skull has a nose ring! (But that's just my leash ring poking through, BOL!) 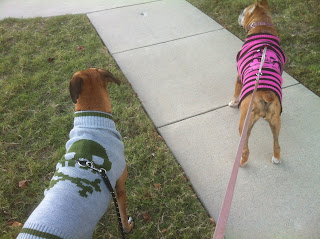 Today Momma and I are going to a cool Howl-o-ween "Bark in the Park" festival to represent LBR. It'll be so much fun! The best part is there's gonna be a costume contest. I took everyone's vote, and I'll be going as... 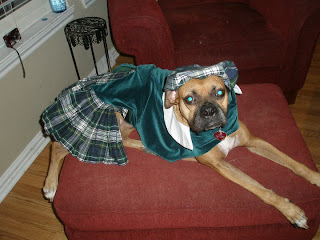 A Scotsman! Everyone wish me luck in the contest!

We practiced yesterday at my pawsome V-E-T's Howl-o-ween party. Everyone adored me, of course, but I'll give a little time to my sissy Cinderella. She wore her bellydancer costume, and everyone loved how she made it jingle!


This week I'll be posting pictures of LBR fosters and alums in their pawsome Howl-o-ween costumes, so stay tuned!
Posted by Matilda the Boxer at 8:00 AM