I told you yesterday that Momma and I were off having an adventure. As promised, here are pictures! We went to an event called the Krewe of Barkus. This is a Mardi Gras-related celebration that our town always hosts on the Sunday before Mardi Gras. There are lots of doggy-related vendors out, but the highlight of it is the costume parade through the downtown Square! It's lots of fun, and everyone puts SO much effort into it!

There's always a theme for the costumes, and this year it was Animation & Cartoons. Want to see a few of our favorites? Here's a king on his throne. 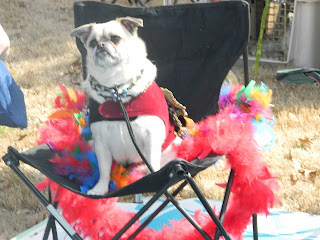 And a soccer ball! (His peeps were all dressed like soccer players.) 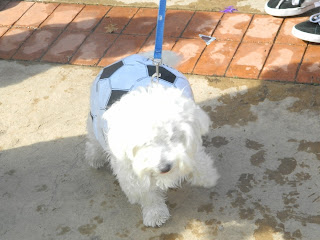 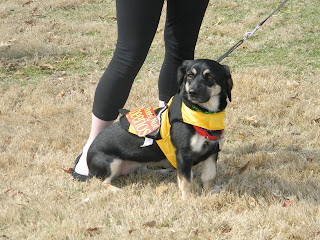 Some super heroes. (I wouldn't want to be dyed green for my costume, even if I DID get to be the Incredible Hulk!) 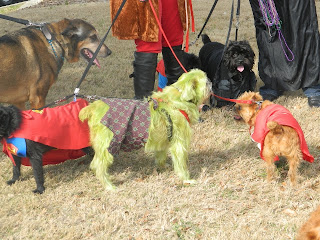 Cinderella and Prince Charming. Sorry it's a bad picture, but they wouldn't hold still! Their momma was dressed like the fairy godmother. 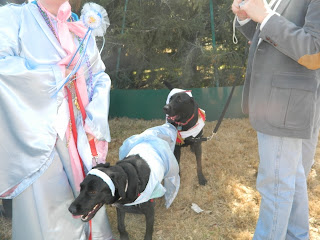 Snow White and her prince had to put in an appearance too! 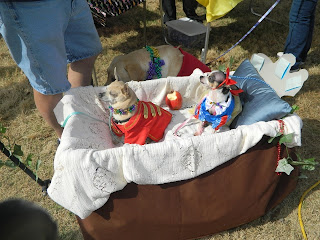 And Superman in his phone booth. 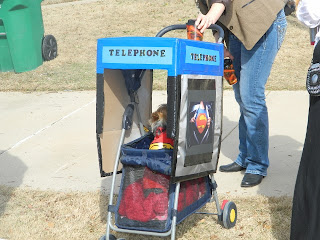 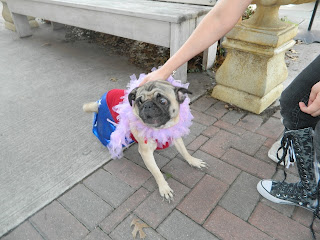 Sometimes the whole family dressed up! Here are the Incredibles and their best pal Frozone. 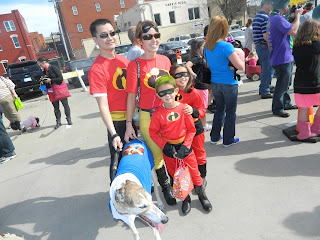 Some people went really elaborate. Their was a pawsome float that was from the movie Up. See, they had the balloons and Kenny the bird with them. 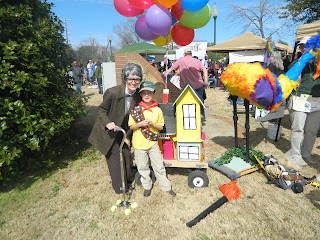 And they even had Dug and his talking collar! BOL! 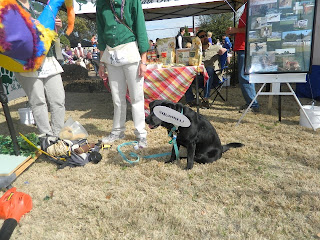 As for me? Well, I was the handsomest guy there. Do you think you can find me? 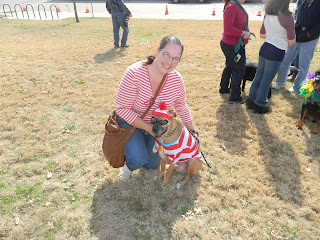 We even found another Waldo there, so Momma had us pose together. I kind of liked having a mini-me! 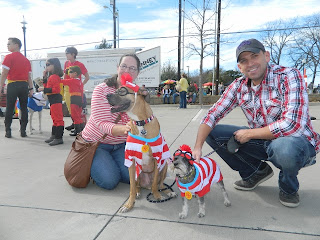 But there's no doubt which of us was the handsomest! 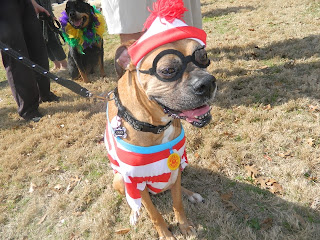 It was such a pawsome time!! We didn't win any of the costume prizes, but we still had fun. All the people were shouting out, "Look, it's Waldo!" during the parade. BOL.

Don't feel too bad for Cinderella. She stayed home because she doesn't do as well at these kinds of events. There's a lot of walking for a gal her age, plus she gets really stressed out with all the strange doggies around. But Momma brought here a present! We found a grreat collar-maker, and Momma spotted a pink and purple collar with crowns on it! How pawfect. I also got a handsome collar with the Texas star on it. Aren't we gawjuss? 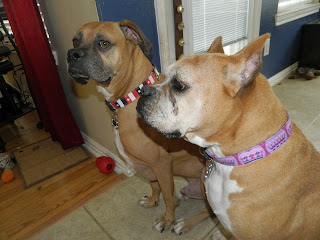 I sure hope your weekend was as good as mine! Happy Mardi Gras, everyone!
Posted by Matilda the Boxer at 8:00 AM