Fun at the Jingle Bell Run!

Hey everybody! Thanks to all of you who wished Cinderella good luck at the Jingle Bell Run yesterday. 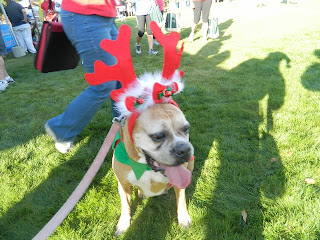 If you missed the announcement, Cinderella was the 2012 Dog Hero for the Jingle Bell Run for Arthritis. She got to be introduced up on stage and even judged the canine costume contest! (Momma has been grumbling that nobody told her SHE was going to have to speak, but they shoved a microphone in her face and asked her questions about dogs and arthritis. She said she sounded stupid, but I be she did grreat!) 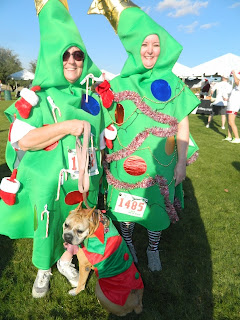 There were lots of doggies there, and Cinderella got to meet all of them! She was a very good girl and became the best of furiends with a few. This is Dexter. Cinderella hung out with him a whole lot. I think he was a little sweet on her, but she said she only has eyes for Sibes! 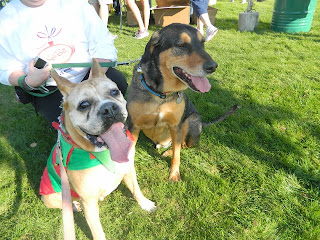 And guess what? Cinderella even got to meet the BIG GUY! Santa had to see his favorite elf, of course. 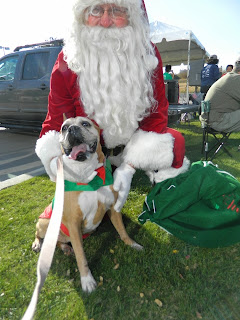 There were lots of vendors there with all sorts of services, mostly health-related and talking about how to help with arthritis. The Massage Envy booth even tried their hand at doggy massages. How pawesome is that?! 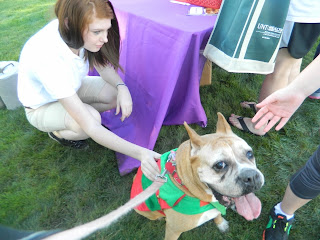 Cinderella had so much fun, and Momma was SO proud of how beautifully she did. I'm proud of her too. I know they raised lots of green papers for arthritis research. That's my sissy! 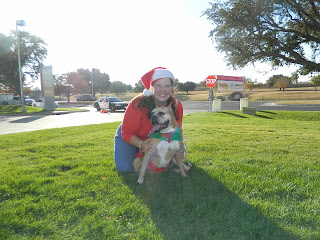 Because she did such a grreat job, Cinderella even earned stopping at Sonic on the way home for a cheeseburger. Mmmmmm. What a day! 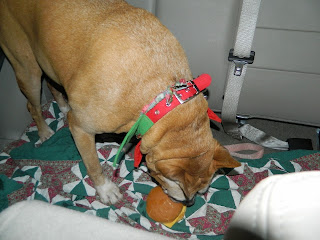