Friday Dog of the Day: Bogart!

It's Friday again, pups and cats, and that means it's time for me to tell you about one of the totally pawesome dogs available for adoption at Legacy Boxer Rescue! Today I've chosen the ever-handsome BOGART! 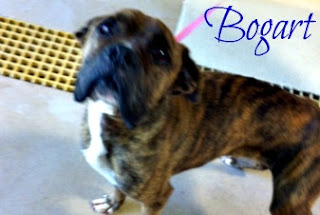 See, I told you he was handsome! Bogart is a laid-back, easy-going kind of guy. He loves to just hang out with his peeps and not cause too much of a fuss. Want a snuggle buddy? Bogart is totally your guy! Just look at his pawfect form! 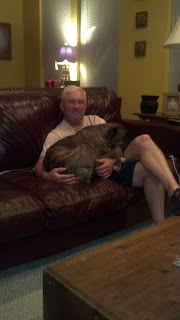 Bogart is about six years old, so he's old enough to know all his manners and enjoy the good life at his foster home. He loves the kiddos at his foster home and wouldn't mind a few of his own to watch out for and play with at his new furever home. But since he's a pretty big guy, he'd probably do better with bigger kids that he can't knock over as easily. Oh, and did I mention he's dog friendly too? 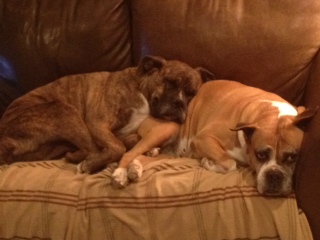 Yeah, Bogey has got things pretty sweet now at his foster home. But the one thing he wants more than anything is a furever home of his very own. If you think he looks like your kind of guy, go check out his bio page to learn more about him. Then fill out an application and say you want to meet Bogart TODAY! 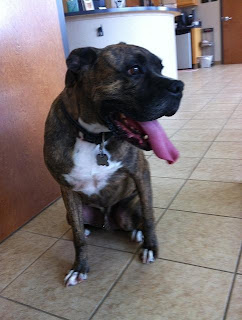 "I'll be watching for you, furever family!"

PeeS: Join my buddy Bunk the Pug for his red & green Christmas photo challenge! It's a fun way to count down 'til Christmas. Cinderella and I joined him for his 20 days post.
Posted by Matilda the Boxer at 8:00 AM