Dog of the day: Meet Odin!

I have another special Dog of the Day to introduce you to today. Everybody say hello to Odin! 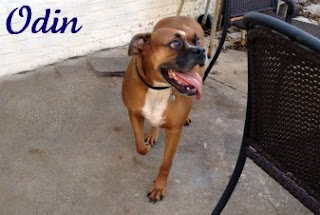 Odin has been patiently waiting for his new furever home, and he says now's the time! He's 5 years old, so he's old enough to know all his manners but young enough to still have lots of puppy energy. His mom says he acts like a puppy a lot of the time and loves to play. 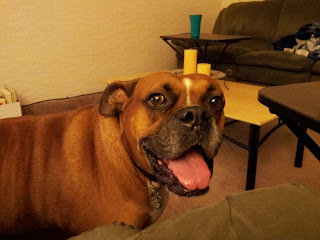 He gets along with everyone he meets -- other dogs, adult humans, and even the little humans! He loves to give big slurpy kisses to them too. 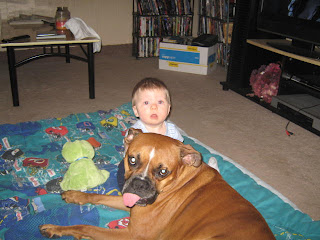 Odin has to find a new home soon because his mom is moving and can't take him with her. He's been a very good boy and deserves to have a furever home of his very own. Won't you give him a chance? Check him out at www.savetheboxers.com and fill out your application for ODIN today! 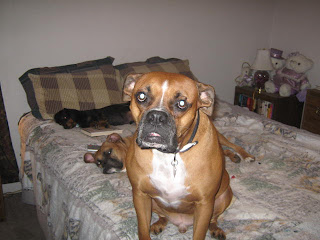 Posted by Matilda the Boxer at 9:05 AM