Dog of the Day: Alanna

Hey everybody, it's time for another Dog of the Day! And this time I have an extra special one for you. Say hello to ALANNA! 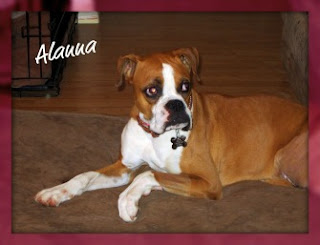 Isn't she just the prettiest thing? I love her to pieces. She's so sweet, and SUCH a good girl at our pet fairs. She has about a million foster brothers and sisters, and she gets along with them all! 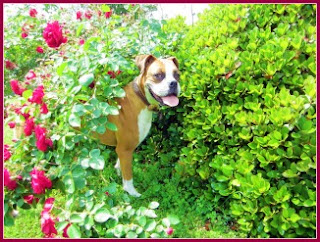 Alanna is about 18 months old, and a petite little flashy fawn. She loves to curl up with her peoples or play with other dogs. She's good with kids, and she even ignores the kitty she lives with. Wow! She's a champion master snuggler, too. 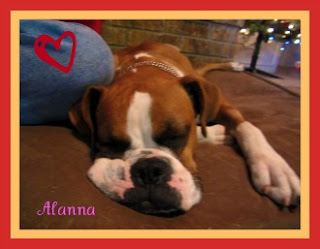 Alanna just loooooves to play with her toys. And, well, we're not putting her on the show any time soon, but let's just say that there's a little "hoarding" involved! She tells me she just likes to make sure they're properly taken care of and doesn't trust those other dogs she lives with to treat them right. 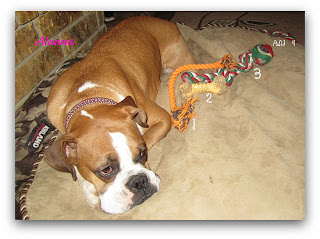 Now, there's one thing about Alanna you probably didn't notice in all the earlier pictures. Well, she only has three legs! She came to LBR with a very badly broken leg, and after our vets worked on it, they said that they couldn't fix it and it would be better to just take the whole thing off instead. Yikes! I'd be so super scared if that happened to me, but Alanna just shrugged and said, "Whatever you say, Doc!" I know now that she wasn't scared because she knew she was still going to be an amazingly pawsome boxer even with only three legs. She runs and jumps and plays just like everyone else. 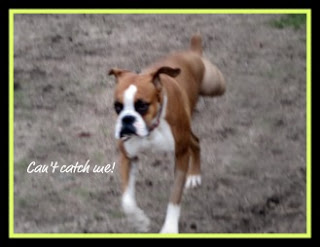 Wow, look at her go!  She's a grreat boxer baby, and she wants a family of her own to love and snuggle. If you're interested, go check out her bio page at savetheboxers.com today. And she's even going to be at our Pet Fair tomorrow, so you can meet her yourself! Once you do, I know you'll love her just as much as her foster parents do. So fill out your application today and say you want an ALANNA to love! 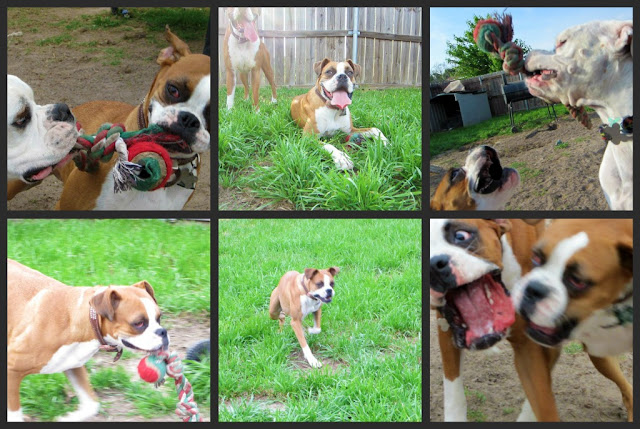