Road to the BAR!

Dawg oh dawg, was yesterday exhausting! We woke Momma up very early so she could walk and feed us, pack up our car, and get going! 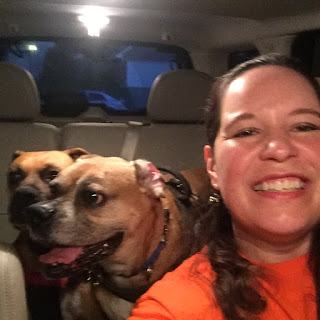 We were all super excited at furst, of course. But eventually we settled down into the routine -- Momma driving, and us closely monitoring her to make sure she was following all traffic laws. 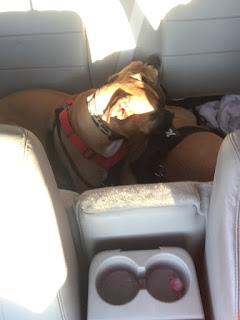 It's a bad picture. But Momma was driving, so we furgive her.

We'd originally been planning on taking two days to drive in. But Momma studied routes and plans and eventually decided that it would be better to push on and do it all in one day, then just have to settle into a hotel once. It made for a long day, but we took a few breaks. Here we are in Texarkana, just before leaving our home state for the furst time in our lives! 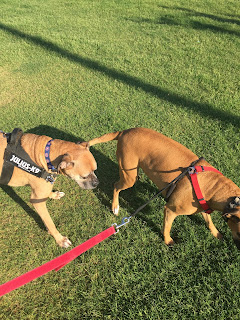 The furst state other than Texas that we ever went to -- Arkansas! They had lots of road construction, which made Momma say some non-boxer-approved words. 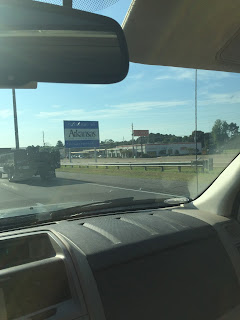 We made a rest stop in Arkansas, where we left some pee mail for any of our fans who might be in the area. You never know. 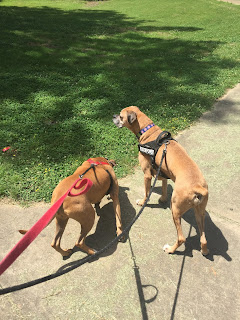 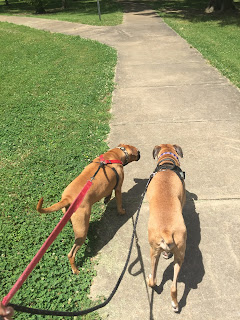 Then we crossed the Mississippi River and headed into Tennessee! 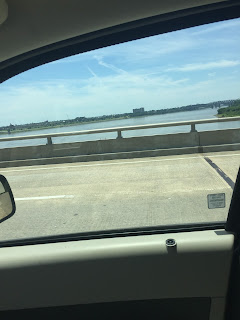 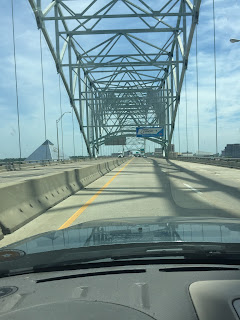 Momma tried to take pictures of us sleeping monitoring her driving along the way, but she just got pictures of the car ceiling. Good job, Momma. Isn't there a photography course during the BAR?? This was the best one she got. 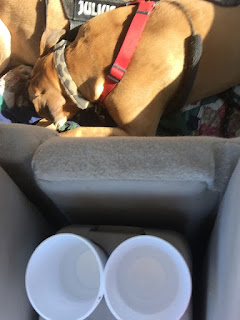 Kentucky is the Bluegrass State, but we think it all smelled like normal grass! This was our very last rest stop. Momma got us some Sonic tater tots, and we headed out again. 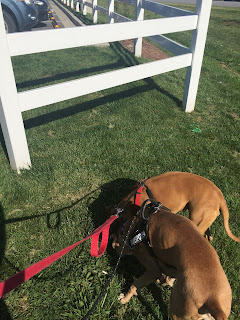 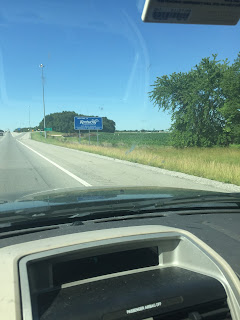 Then we finally MADE IT!!! PHEW!! Momma checked into the hotel while we guarded the car, and there was a welcoming committee in the lobby -- Madi's momma, Oreo's momma, Dory and Arty's momma, and YamAuntie! Momma unloaded our stuff in the room real quick, then took us back out for a hello. We got to meet Oreo, and I'd like to say that I was VERY polite. But he said, "Wow, you're really big, aren't you?" to Jessie, and, uh, well, she thought he was making a FAT joke! So she showed him her Cujo impression. She's really good at it. SO Momma decided we should take a walk to stretch our legs after the car ride. The Red Roof Inn has a huuuuge empty field behind it, so we explored that for a while. 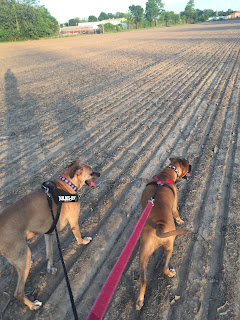 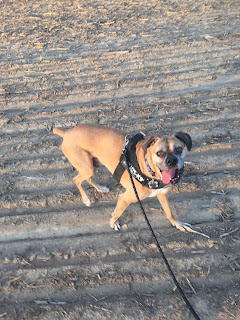 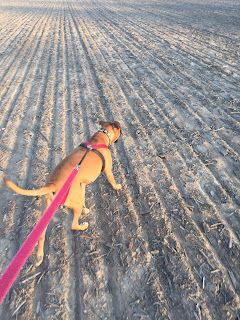 Afterwards, we got to see Oreo again, who apologized for the misunderstanding, and Dory and Arty too! Arty jumped right in on his campaign speeches, and Jessie told him that she just wanted to relax from our trip. But she and Dory hit it off right away, of course. I just licked YamAunty's ear. I'm more of a people-dog. 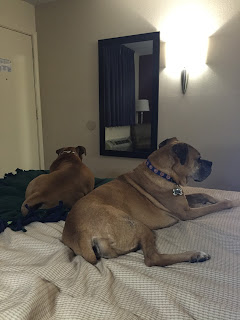 We finally got settled in to our very furst ever hotel room. Can you believe an almost-nine-year-old dog like me has never stayed in a hotel? We barked a few times to alert Momma to her intruders, until she explained what normal hotel noise is. Oh, and see that mirror across from us? Well, at furst Jessie thought it was a window and there was a dog STARING at her. How rude! So she tried to tell it off, until Momma explained things to her again. Phew.

All in all, it was a very eventful furst day. We can't wait to officially start the BAR and meet ALL our furiends. Jessie started snoring real quick. She calls it her beauty sleep for meeting Stanley. BOL! I'm sure you'll hear all about our antics at the BAR.
Posted by Matilda the Boxer at 7:00 AM