OMD, I was so tired last night I could barely dictate to Momma so she could put this post together. We had a grreat day at the BAR. It was so exciting seeing everyone in the furs for the furst time. We could barely stay still from excitement. Most of us hung out in our "leisure centers" to get used to things. 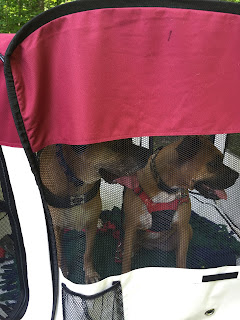 Momma took Jessie on me on a REAL hike like she's been pawmising. She said something about letting us working out our excess energy. Whatever. I got to explore the WILDERNESS! 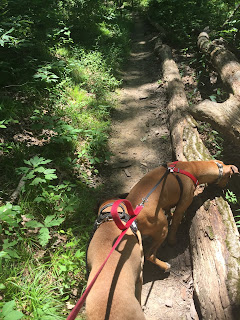 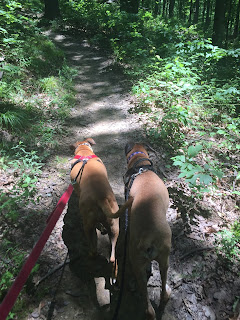 Eventually we doggies got used to each other enough that we were able to all hang out pretty peacefully. Except when hikers mass murderers tried to infiltrate our pavilion and we had to scare them away, of course. A good guard dog is never off-duty! 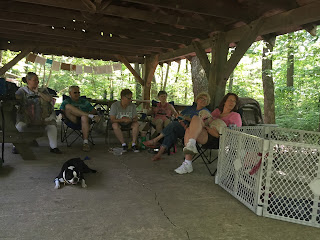 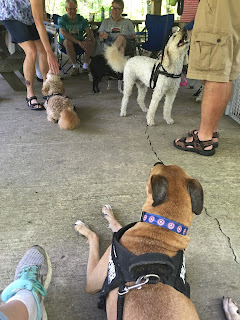 Jessie and Stanley played it cool while they knew I was watching. In fact, Stanley tried to tell me to mind my own business early on, and Jessie yelled at him for talking to me that way. Like they thought it would throw me off the scent! Whatever. Jessie tried to play it cool later. 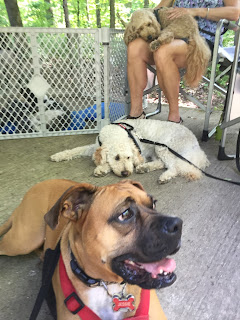 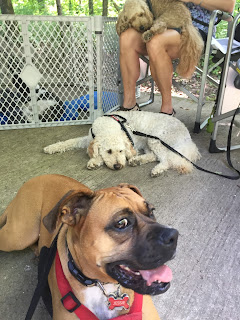 "Is he watching me?" 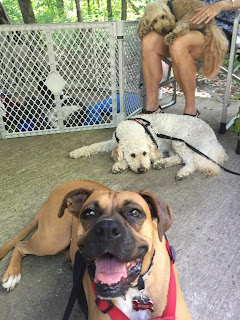 We pretty much just hung out to get to know each other, in preparation for all our fun tomorrow! 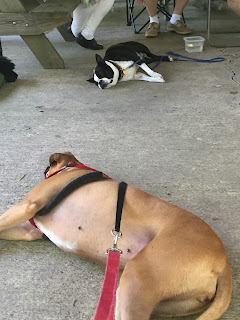 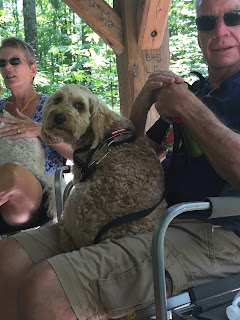 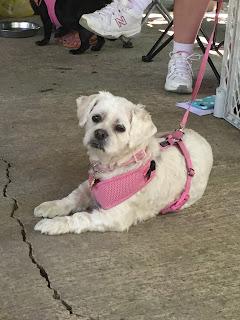 Frankie and Ernie showed up pretty late. We left not long after, but furst Jessie gave Lori (aka one of the Hands) a good boxer face wash! 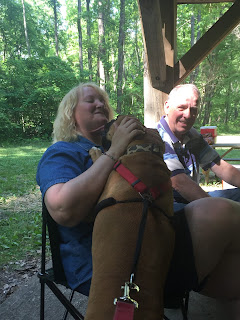 We were pretty worn out after that, though! We went back to the hotel room and pretty much collapsed. 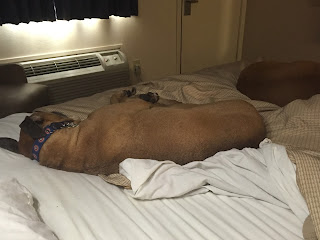 PeeS: I don't want to alarm anyone, but Momma would like a little PotP for me. I haven't been eating well for a while -- I'll not eat for a meal or two, then eat fine. Then a few days later, I don't want to eat again. Momma thought my arthritis was acting up and making me not that hungry. The dogtor gave me some anti-inflammatories that she hopes will help, but it's not helping much so far. I didn't eat breakfast yesterday, and it took a while before I was interested in my dinner. So hopefully I'll be feeling better soon, but you know how mommas worry! So send a little PotP to ease her mind, okay?
Posted by Matilda the Boxer at 7:00 AM