I wanted to give everyone an update on my buddy Tex! He's the poor baby who was hit by a car and had a badly broken leg. They tried putting in a plate to stabilize it enough to heal, but that didn't work and they decided they had to amputate the leg. Tex was pretty skeered, but he told me that he felt lots better after ready all your encouragement!

Well, he came through surgery just fine and is adjusting to life as a tripod. Even when he was still in the hospital, he was giving grreat kisses! 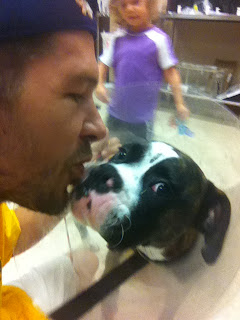 He says it's a little weird missing a leg, but he still manages to play with his toys just fine, thank you! 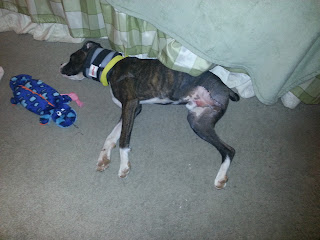 He gets along so well now, you'd never guess he was missing a leg! Isn't he handsome? 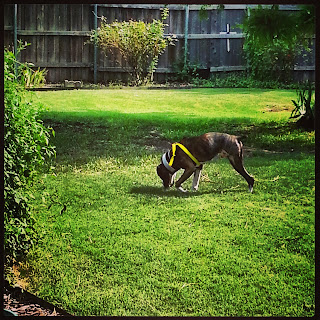 But he is definitely milking his recovery for all it's worth! Yesterday he got a special visit from one of LBR's junior rescuers. She reads stories to all the foster pups in her house, and she decided that Tex needed storytime too so he could heal properly. Tex said he had no problems with that. 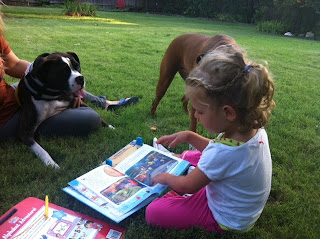 You're doing grreat, Tex! Your perfect furever home is just around the corner!
Posted by Matilda the Boxer at 8:03 AM