We rocked the plant stand!

OMD, guys, I got SO much pawesome smell mail back from Mums and Roses on Saturday! LBR volunteers worked SO hard to put together a pawesome display and sell lots and lots and lots of flowers and pumpkins. 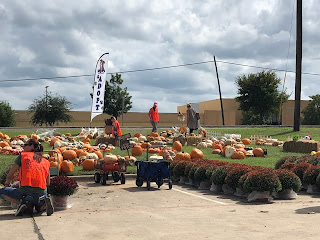 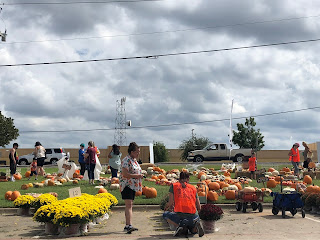 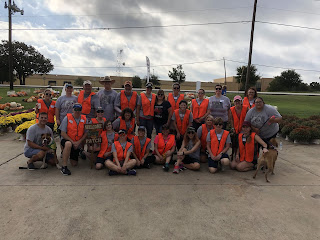 I also got news about the event from another source -- Ichabod and Elvira! They woke up from their long nap in the garage to go out and guard LBR's pumpkin patch before guarding OUR house from Howl-o-ween hooligans. Don't they look grreat? 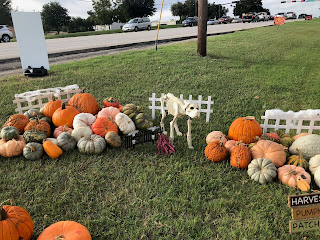 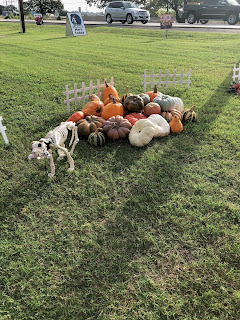 Momma also came home with some beeYOUtiful plants. She's a little slow in planting them because of her silly foot, but she got the ones in our front yard done. Hopefully she'll get to the backyard soon. 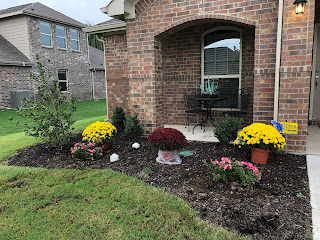 She pulled out two boring green bushes and put the pink ones in instead. The mums are going to stay in their pots!