Remember me telling you about my good furiend Mkhitaryan? He arrived at the shelter with a badly abscessed wound, and basically almost didn't make it. But look at him now!! 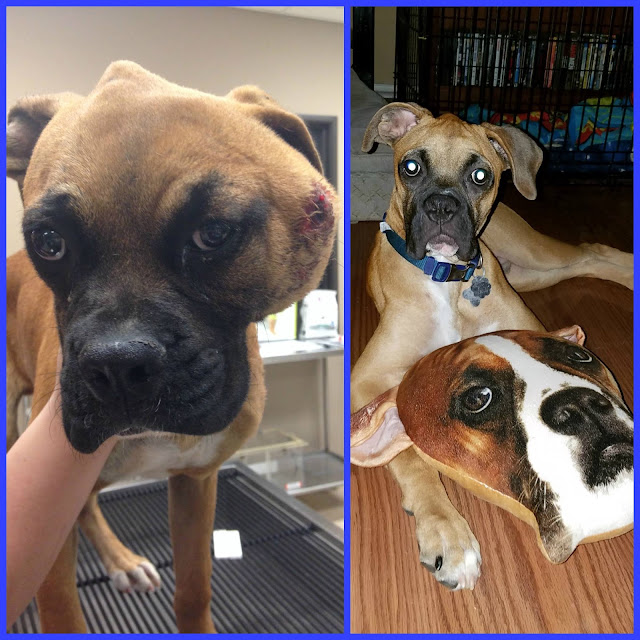 Hooray for happy endings!!
Posted by Matilda the Boxer at 7:00 AM