Hey folks, happy Howl-o-ween Eve! Momma is celebrating today at work, so we thought we'd do a little celebrating too. You'll get to see our costumes for THIS year this weekend, but here's a little treat of some costumes past...

Furst up is the Magnificent Caseini, magician extraordinaire! 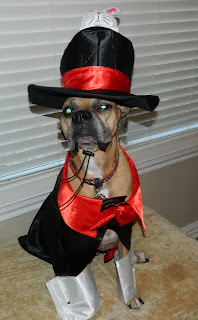 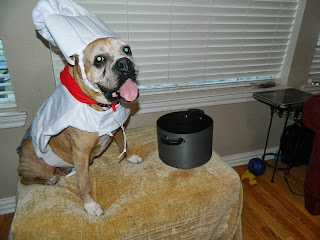 Most years we like to do a theme. Once we were hippies... 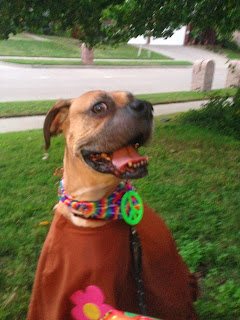 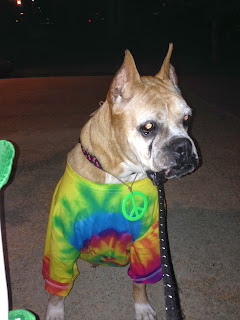 Then another year I was the all-powerful sultan with a beeYOUtiful bellydancer to entertain me! 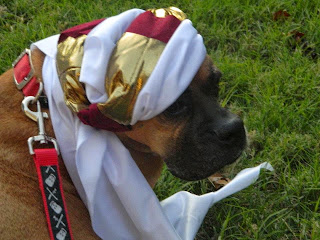 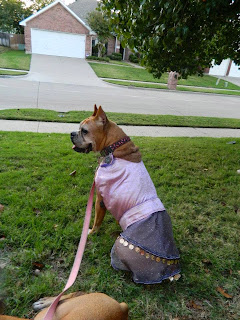 One year we were singing the songs from Grease. 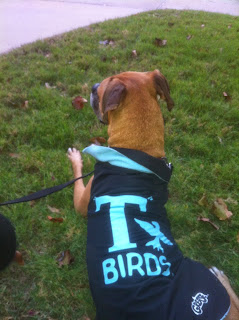 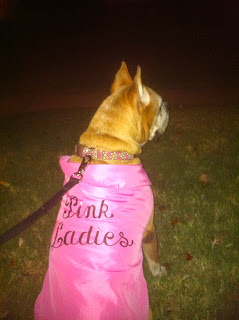 Our furst year together, Cinderella dressed as her namesake. 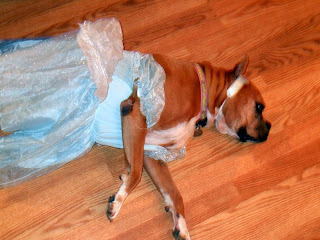 And I was a tough Scotsman! 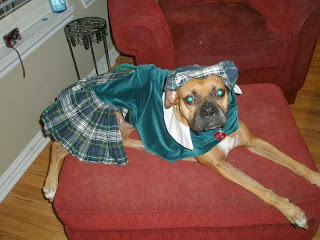 Last year we were pawsitively SUPER! 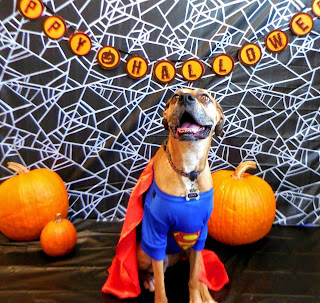 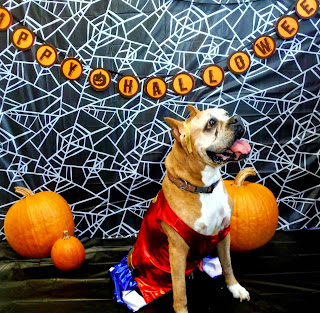 My very furst Howloween with Momma, we were both pirates. Yar!! 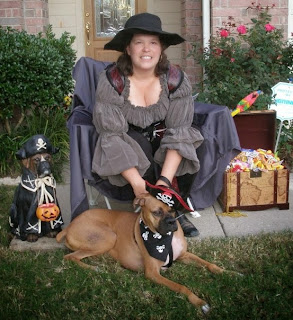 So what do you think we'll be THIS year?? 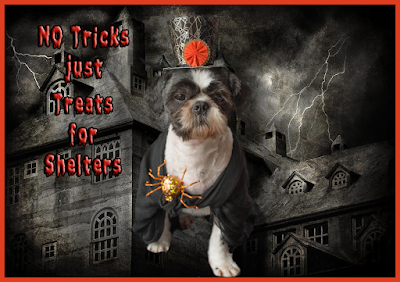 Today is also the start of Dory's Treats for Shelters tour! You're supposed to say how you are giving treats -- not tricks! -- to animal shelters this Howl-o-ween. Furst of all, Jessie and I went through our toy boxes. You know we have TWO toy boxes that are just overflowing with all sorts of pawesome things? We hardly even play with a lot of the toys, and it's really not fair for us to have so many while those poor shelter dogs don't have ANY toys to play with. So we picked out a whole bunch of really GOOD ones that we don't play with much anymore, and Momma is going to take that bag to the shelter along with some treats and food!

Oh, and if we're allowed to talk about helping RESCUES and not just shelters, you might've seen one of my posts yesterday... (Yes, Momma furgot we'd already made one when she heard about National Cat Day, so we had two!) 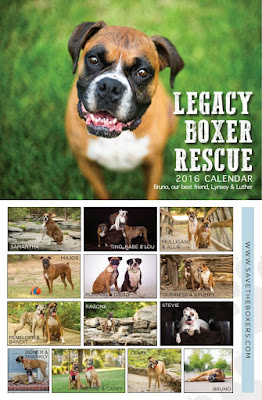 Jessie and I are lending our star power to the 2016 LBR calendar. ALL proceeds from the calendar go directly to help the pawesome pups in need at LBR! We think with OUR faces on it, it's sure to sell out QUICK. You can buy yours online before they sell out!

So what have you done to help your local shelter or rescue?