I'm a little late on this, but Momma has been sick this week and I've been busily nursing her back to health, then I had to post my anniversary post yesterday. So! Better late than never, right? The Doods, Murphy and Stanley, are doing a Blogville census. Please count us, we loves Blogville!!

There are four of us in our household. (Well, and Momma.) Furst, there's me, Casey! 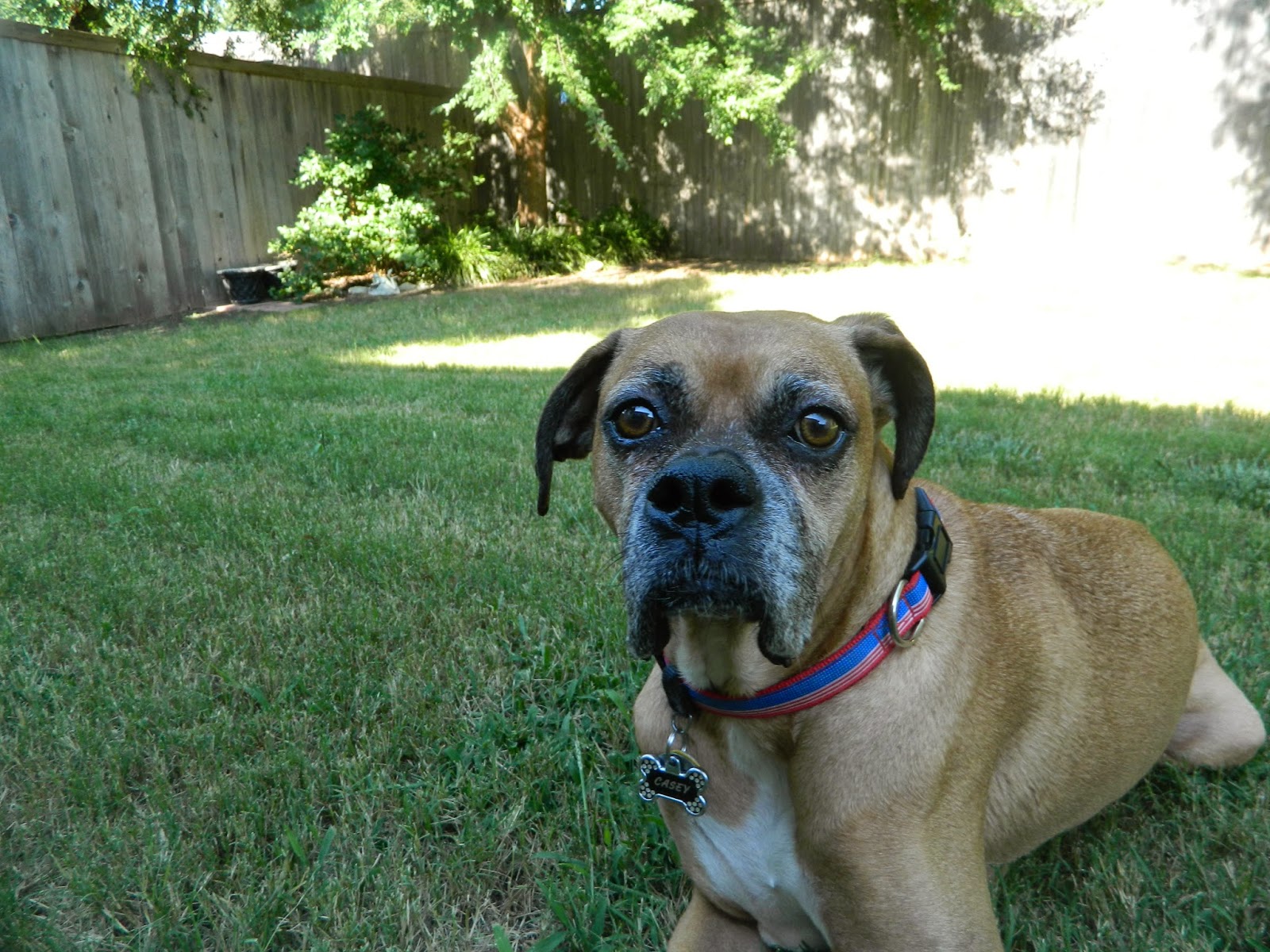 I'm a handsome Boxer boy who will be turning six in October. I'm an official Boxer Ambassador for the pawesome Legacy Boxer Rescue and write the official LBR blog. (That means you can count a couple hundred LBR dogs in the census too!) I was adopted by my Momma almost five years ago. I like air conditioning, long walks, stuffies, my Kong, and snuggling with my Momma.

Next is my sissy Cinderella! 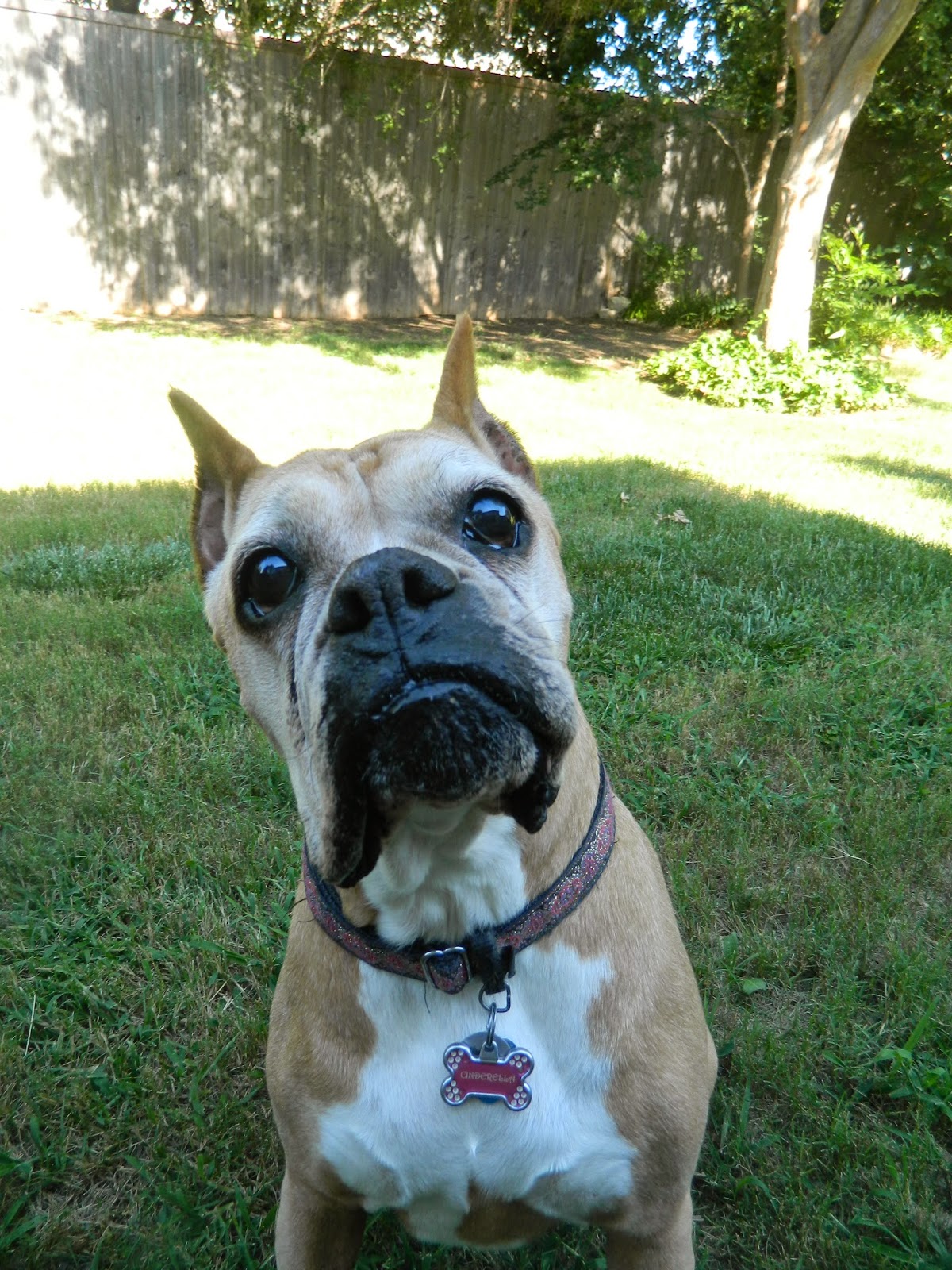 Isn't she beeYOUtiful? Cinderella is a boxer like me, and she'll be 13 in September. She's a very dignified old lady -- except when she's rolling around on her back in the grass. She loves that! She also loves belly rubs and lots of naps. LOTS of naps. I guess when you're her age, you've earned it, right? Cinderella was our very furst foster dog when Momma and I started fostering in late 2009. She was adopted and then returned a year later. That time, we couldn't let her go and adopted her ourselves.

Then there's my kitty sister Pigeon. 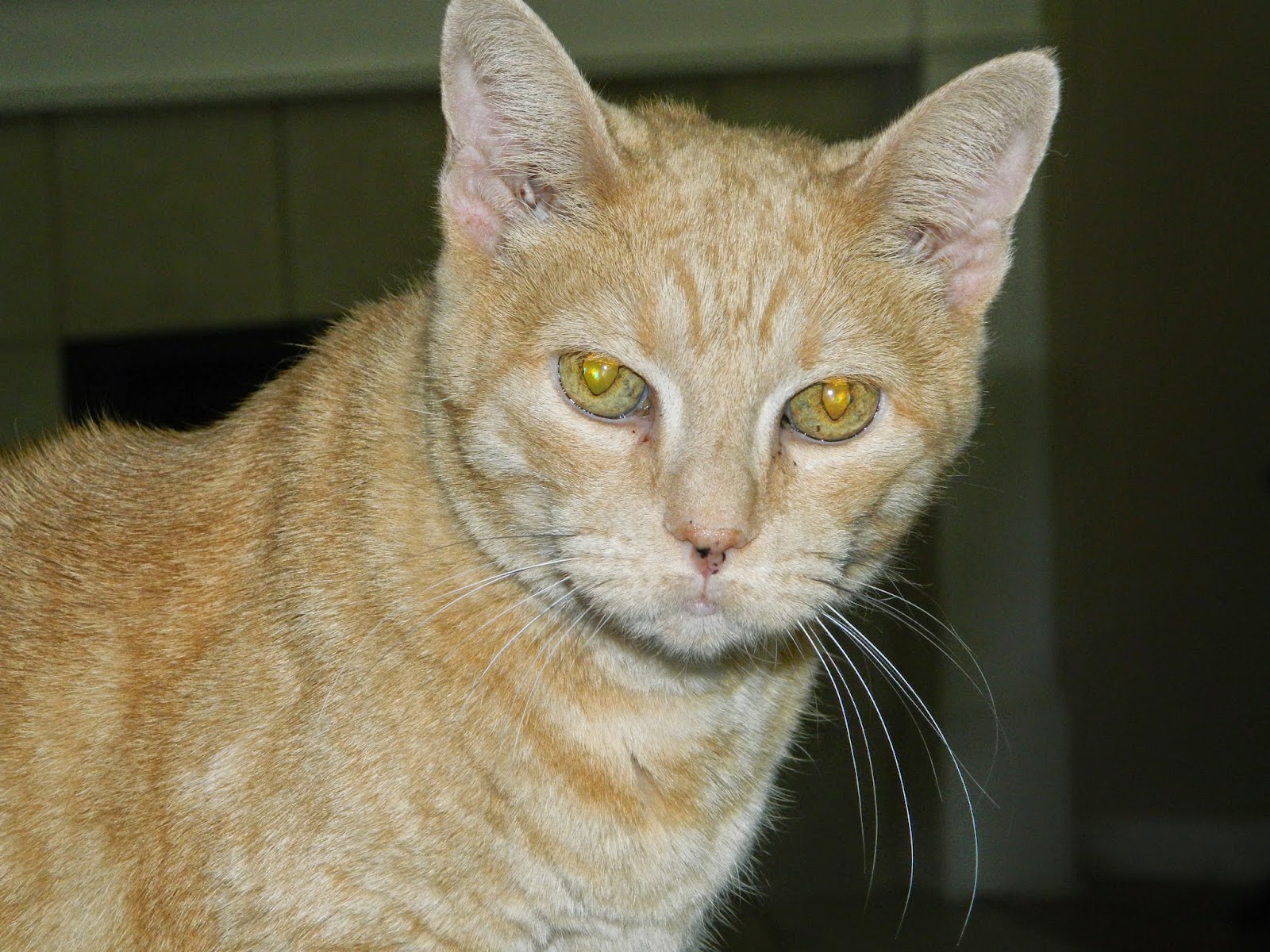 Pigeon is a 12-year-old American Shorthair. She's been with Momma since 2003, when she turned up as a stray outside Grandma's house. Pigeon has the most pawesome purr that sounds just like a pigeon cooing, which is how she got her name! She loves to play in boxes.

He's a little mean to me sometimes, but I still loves him! (You saw us snuggling together the other day.) Scribbles turns 15 next month, WOW! Momma's had her longer than any pet in her whole life. He was the furst pet she ever had on her own. She got him just three days after she moved into her furst apartment. He loves Momma and naps and that's about it!

So that's us, Blogville! We're sure happy to be part of you.
Posted by Matilda the Boxer at 8:00 AM