Yesterday I showed you a picture of me lying on the bed with my kitty brother Scribbles. I would like to point out that we were not snuggling! Scribbles is a mean kitty who likes to scratch me. But we both like lying on the big bed, so sometimes Momma will get pictures of us together. That's the first time she's seen us actually touching, though! She called it snuggling, but I call it being wrapped up in my squeaky dragon and not noticing.

Anyways, for Throwback Thursday, I thought I'd share how I first got to know my kitty siblings. See, Momma spent a lot of time looking for a cat-friendly dog when she adopted me. She finally brought me home, and I was SO ready to be cat friendly! But... the kitties didn't want to be dog friendly! I spent a lot of time like this. 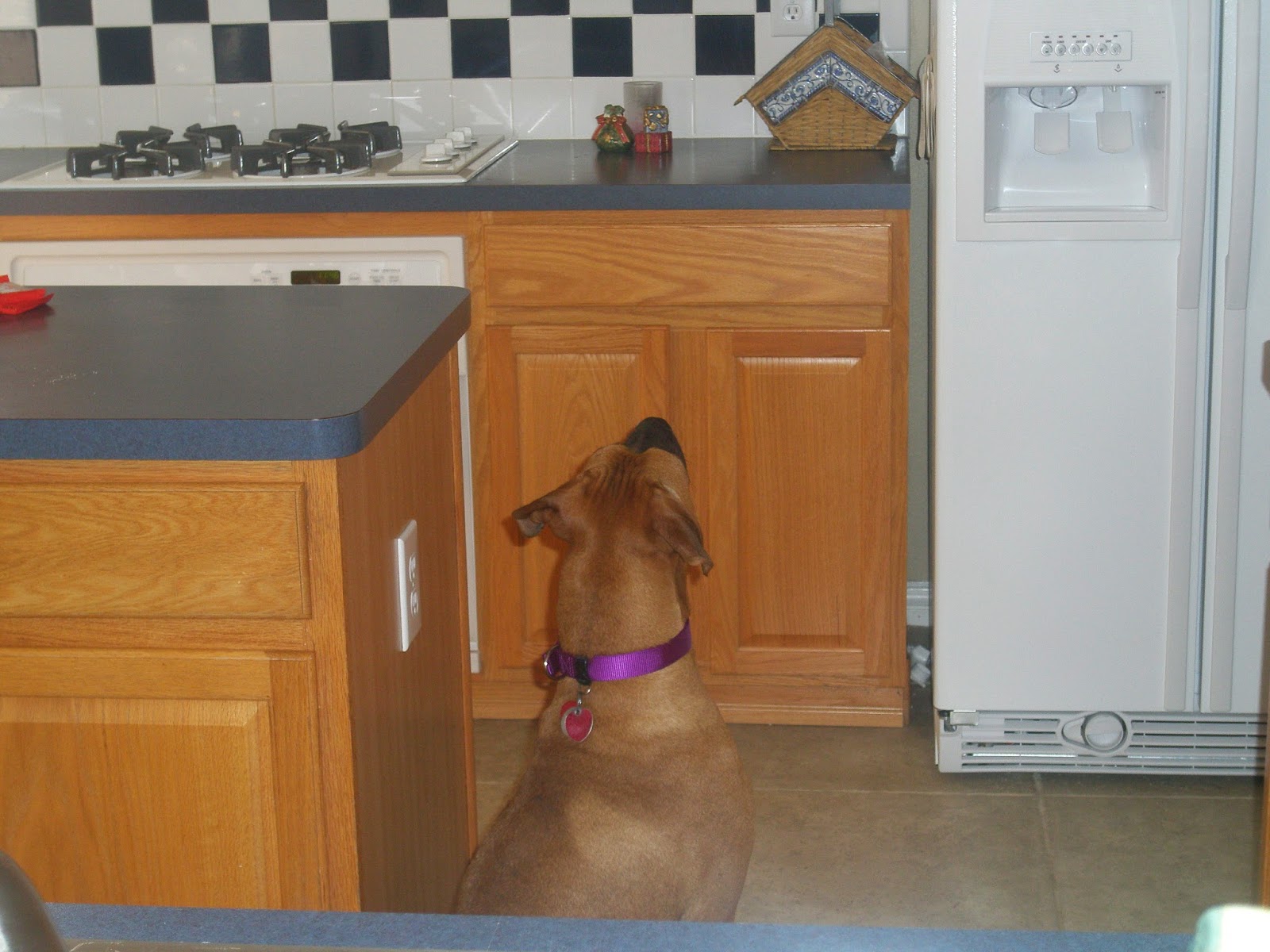 Guys? You can come down, I promise!

For some reason, they sat up on top of the refrigerator and just stared down at me. I was really good and would sit to show them what a good boy I was, but nothin'. It took a lot of hard work, furiends, I won't lie to you. But finally, Scribbles decided that it was still HIS house and he would do what he wanted. So he started coming down, and sometimes we chill together. 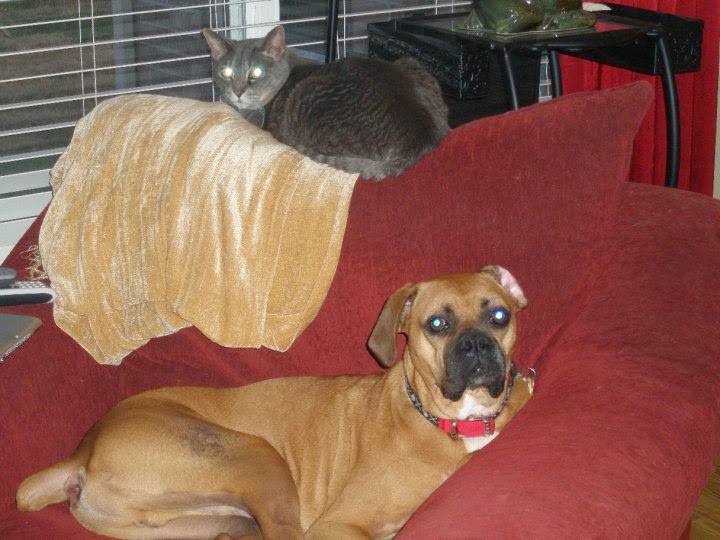 Hey bro, can you pass the remote?

My kitty sister Pigeon was a lot harder. She's pretty timid, and she just did not want to be convinced I was a good boy. But after lots of patience, she finally started venturing near me. And then... success! 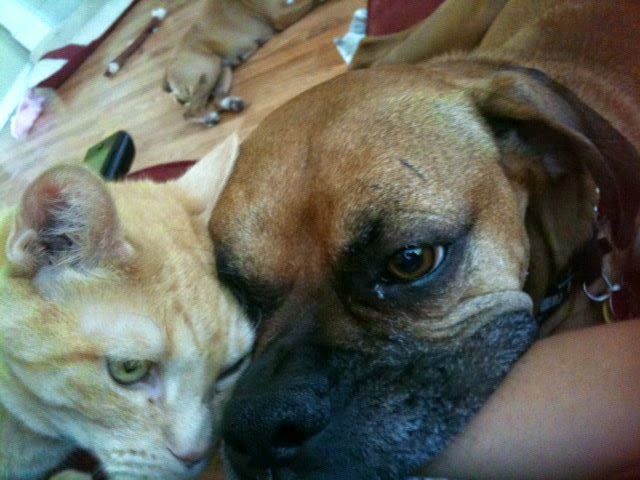 It's okay, little sis, I wouldn't hurt you.

So that's my tail of two kitties! I loves my kitty siblings, even if Scribbles is kind of mean. They don't play the same as Cinderella or the other dogs that come over, but they're still pretty pawesome.
Posted by Matilda the Boxer at 8:00 AM