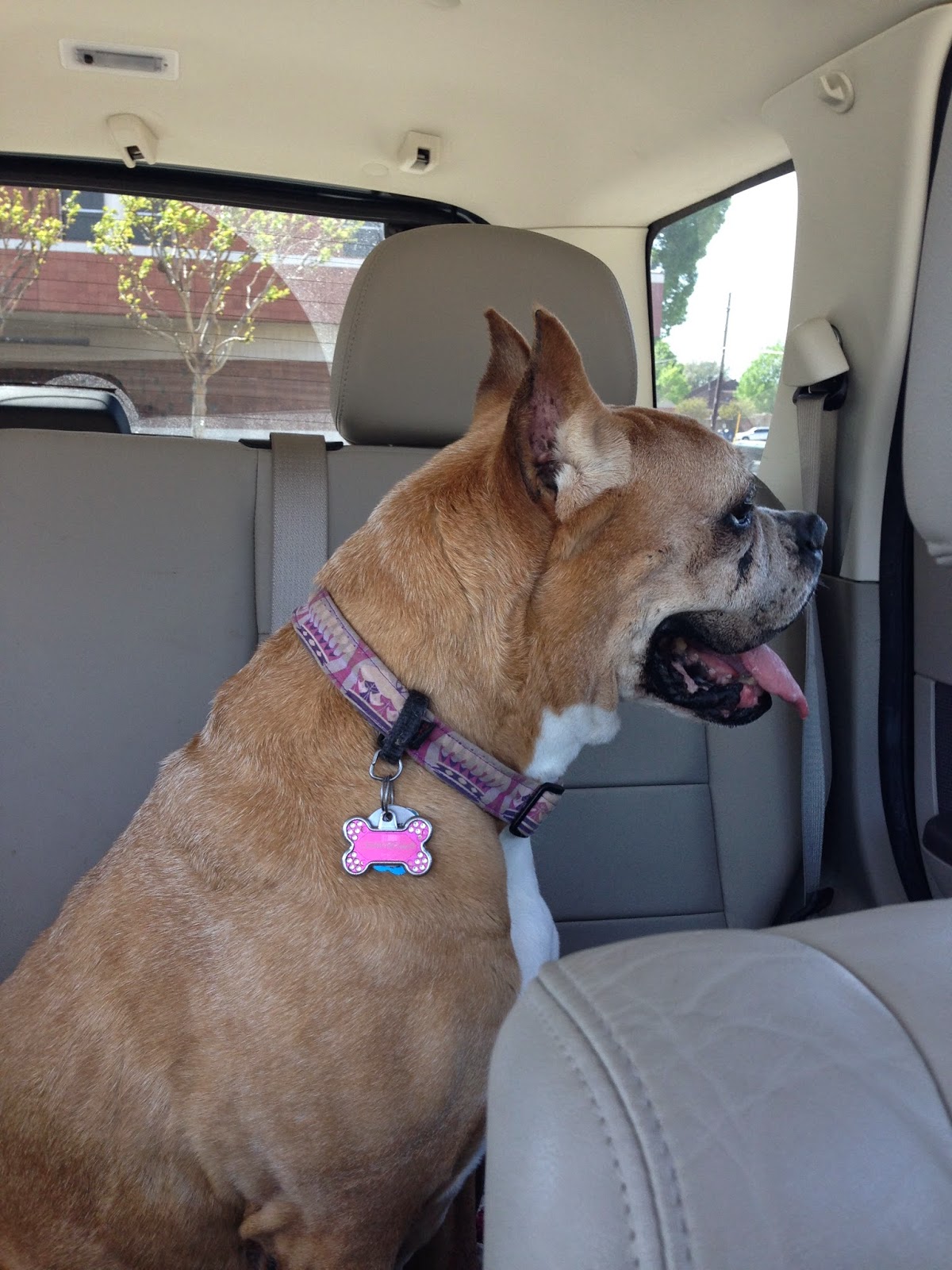 Hey folks, Cinderella here again! I had such a totally exciting day. Furst, I got to go for a car ride with Momma. I loves car rides, and especially when I get the WHOLE backseat to myself instead of sharing with Casey. Then I got to go on my very furst ellyvator ride!! It was a little skeery getting on it, because the doors move by themselves and the floor shakes. But I was very good. 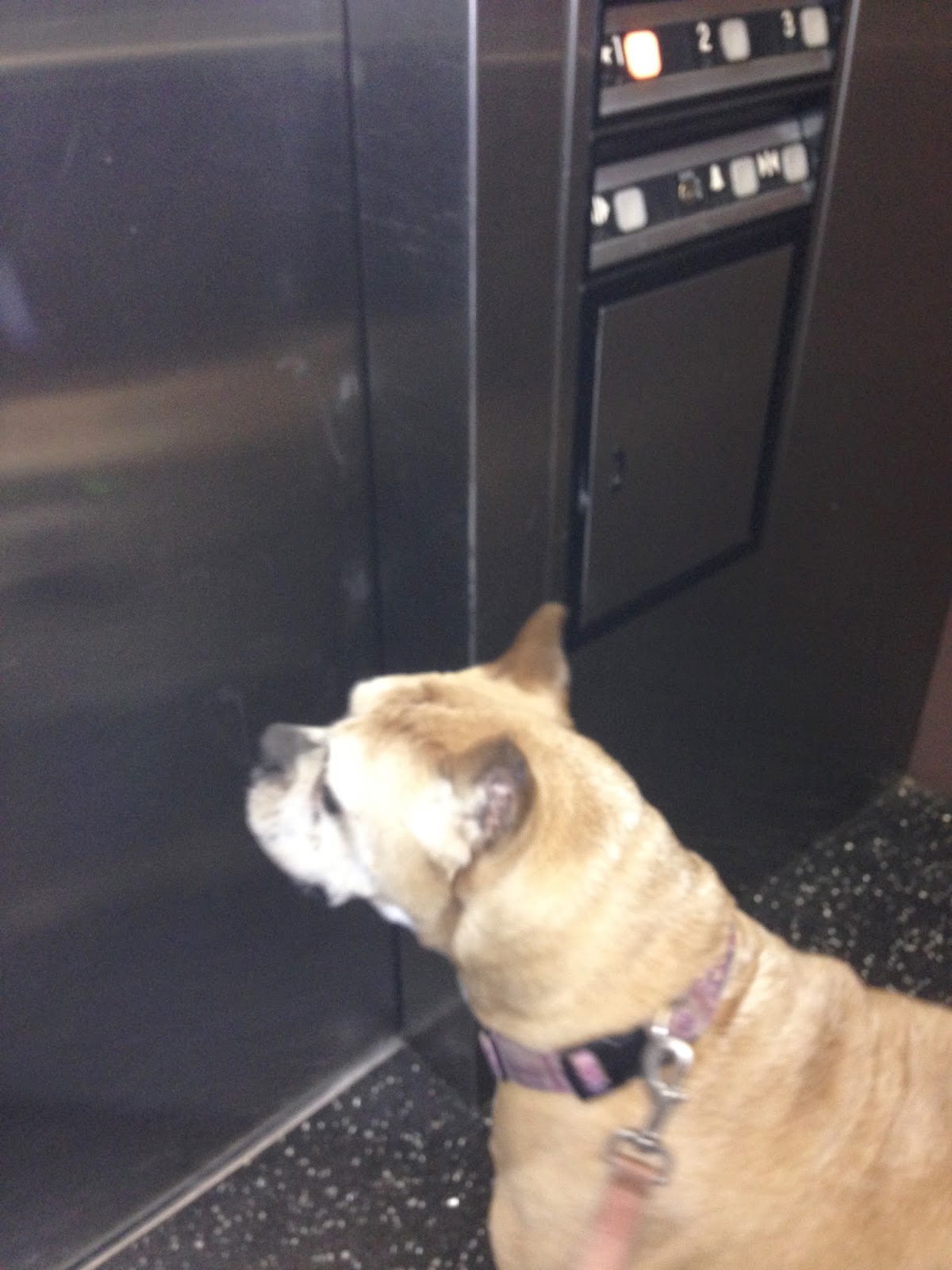 THEN the real stuff started. I visited my cardy-olly-guest. And... well, there's good news and bad news. The good news is that my heart is just peachy. It's working totally fine, even though it's a little big, and the cardy-olly-guest isn't worried about it at all. The bad news is that if it's not my heart, it's my noggin! For a pup my age without a history of seizures or any kind of trauma, seizures like this are about 90% likely caused by a brain tumor or bleeding. That's not good. But the dogtor isn't too concerned. He said my seizures aren't so frequent or severe that I need to take meds yet. And he reassured Momma a lot by telling her there are some new kinds of anti-seizure meds that don't cause the side effects of something like pheno. Phew! But for now, Momma is just going to keep an eye on me. If my seizures start getting worse, then we'll talk about maybe starting some meds. 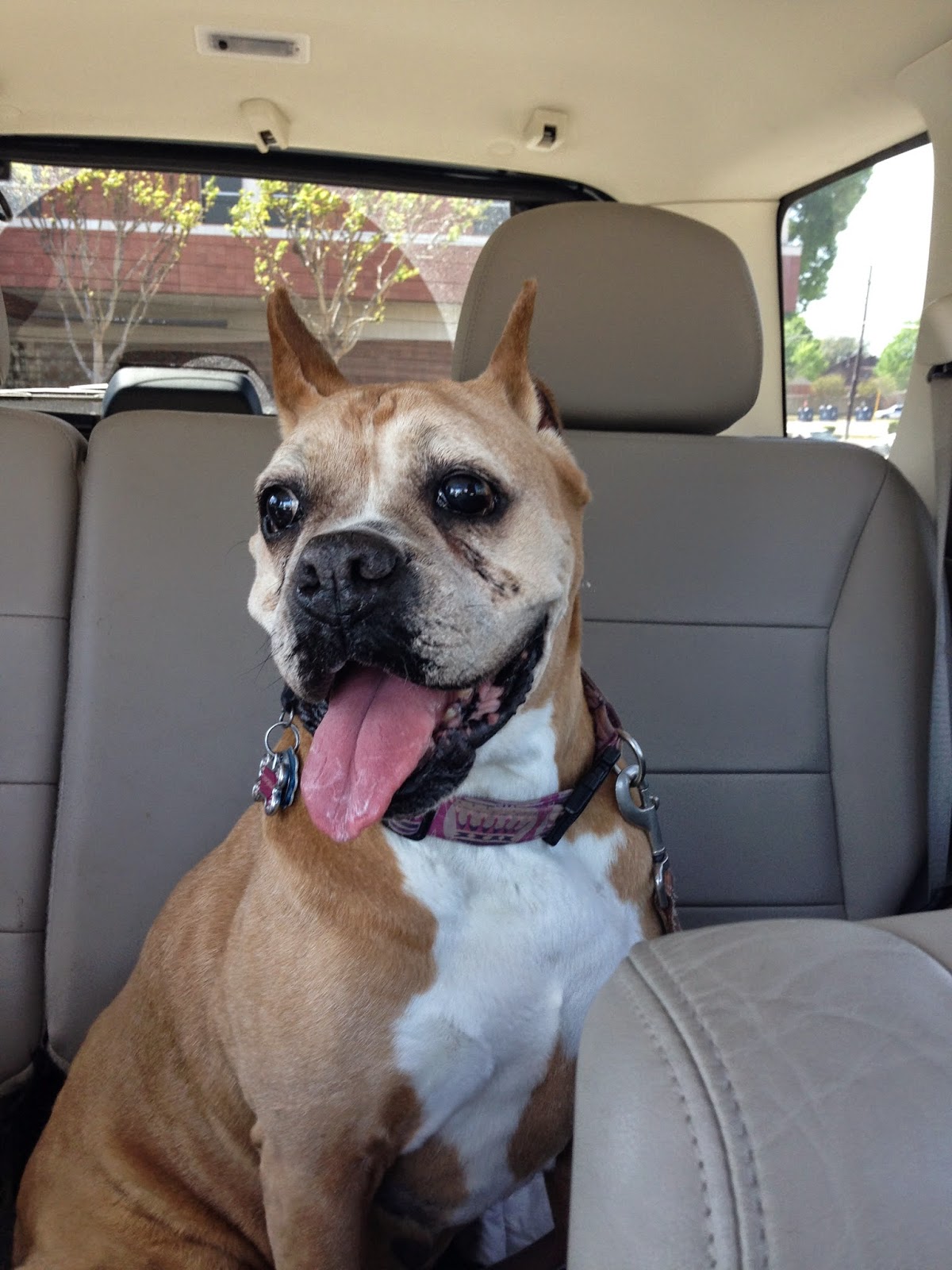 But don't worry, I told Momma I plan to be around for a LONG time still! Now let's roll!
Posted by Matilda the Boxer at 4:57 PM