It's Park Day here in Blogville, at last!! I've been looking forward to today since Finn and Gizmo announced it, and now it's HERE!!!

Momma and I decided to try out the brand new DOG PARK that they opened in my town in honor of Park Day. And guys, it's not just in my town, it's JUST down the road from us!! How pawesome is that?! 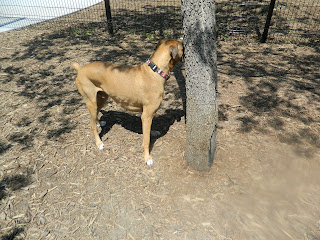 I'd never been to this park before -- it's only been open about a week -- so I had to wander around and get a good, long sniff of everything. 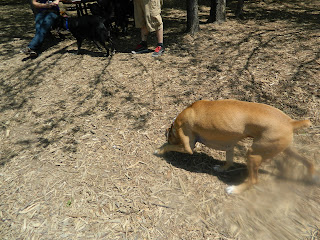 This annoyed Momma, who kept telling me, "I brought you here so you could RUN!" (She'd been feeling sick and brought me to the park to let me get some exercise without taking me for a long walk herself.) 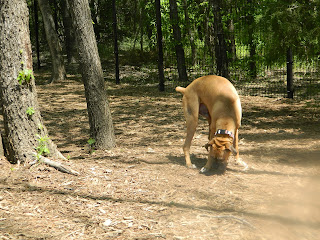 And I did run -- after I gave the park the Casey sniff of approval. Grreat place! There's lots of room to run, a bunch of grreat trees, and interesting scents everywhere. 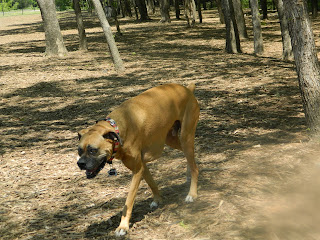 This was fun, Momma. Can we do it again?? 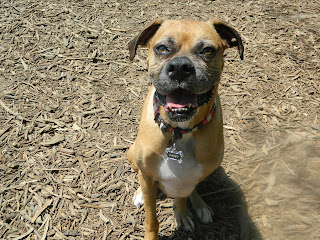 Be sure to check out Finn's post for all the other pups pawticipating in Park Day! I bet we can learn all about some PAWESOME parks all over the world today!! 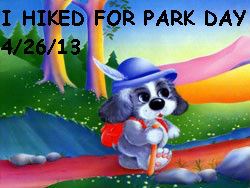 (PeeS: For those wondering why I was alone -- Cinderella doesn't go to dog parks. She gets a little stressed out at all the strange pups there and spends all her time barking at them and trying to whip them into shape instead of enjoying herself. So she spent the afternoon napping while we were at the park, and after we got back Momma took her out to the backyard and let her bask in the sun for as long as she wanted!)
Posted by Matilda the Boxer at 8:00 AM