I wasn't the only LBR dog having fun at Wags & Waves last weekend! We had lots of alums stop by to play. Mom only got pictures of a few of them, but they sure all looked like they were having fun.

This is Maximus. He was an itty bitty puppy with a hurt paw when LBR first found him, but he's livin' large with his new daddy now! 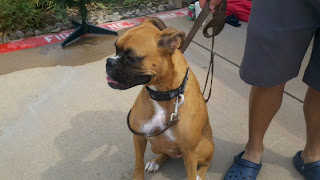 Cleveland shares my thoughts on the Lazy River. This is a seriously freaky place. Really, WHY would you want to ride in one of those bouncy tube thingies on top of water? 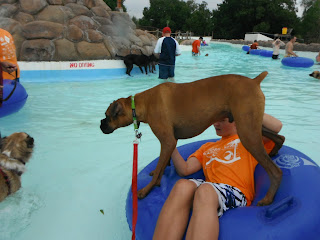 This is my buddy Bevo. We had lots of fun playing in the wave pool together. He wasn't adopted through LBR, but he has an LBR alum sister and is a great foster brother to a bunch of LBR fosters. 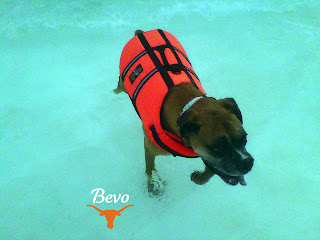 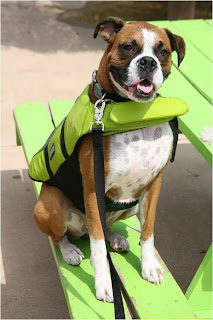 Tyson tried snorkeling, but I don't think he liked it very much! 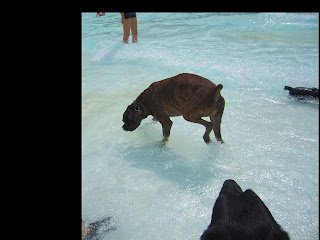