Amarillo is a Toy Boy

Big, loud, handsome Amarillo has been with his foster mom for almost five months now, and has shown no real interest in toys - until now.  The boy has shown his true colors by picking a small, hot pink, shiny toy, as his first to play with.  ;-) 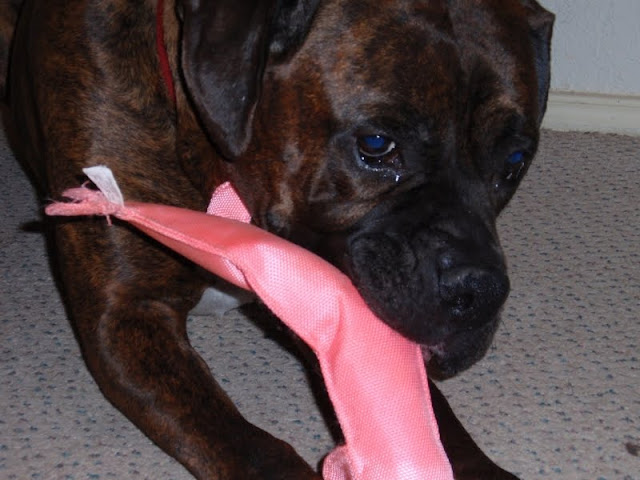 There were tons of dogs toys for him to choose.  Big, small, all different kinds and colors.  Until now, Amarillo has shown little to no interest in ANY of them.  Then, his foster mom, Rebecca, stopped by Ross on a toy quest and this hot pink dog looked so wimpy, she almost left it there.  For only $2.99, she decided it would be a good fetch toy that Amarillo's foster sister could play with in the yard.  It turns out that Amarillo likes it instead.  He's been carrying it around in his mouth, fetching it and playing with it.  I can't believe this is the toy that he chose! 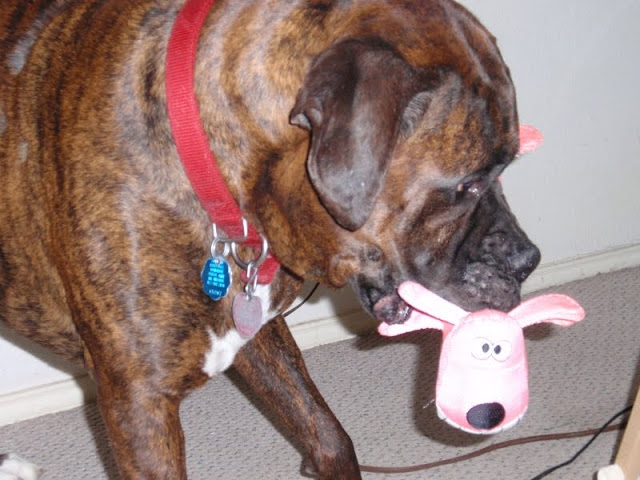 Ever since that little hot pink squeaky toy caught his fancy last week, he keeps playing with more and more new toys every day.  He even discovered the joys of an empty water bottle (1 liter size for his big self, thank you very much). 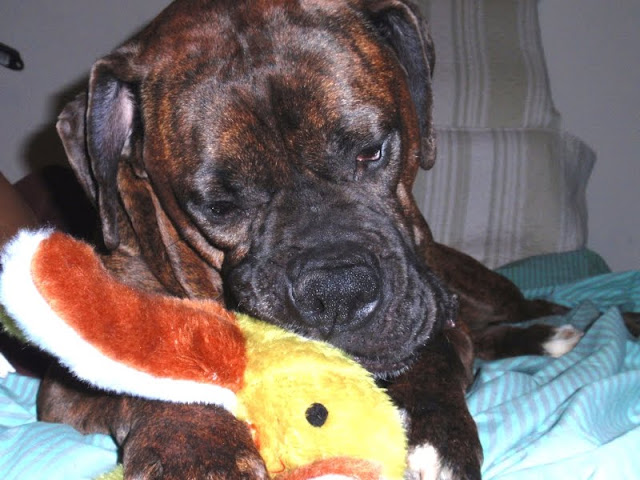 I'm so glad to see the boy is enjoying himself now!
Posted by Deanna at 6:24 PM