Some of you might have spotted a new buddy of mine in my Teefers Tuesday post. Everyone say hi to Tree Rat! 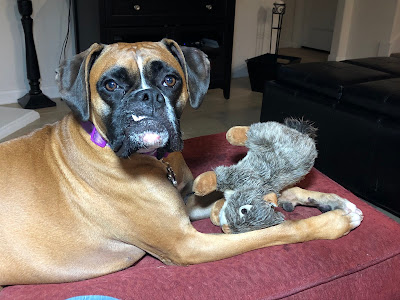 Don't worry, he's much nicer than most tree rats. He doesn't climb trees or throw acorns or chatter. He just squeaks occasionally. He's from the same folks who made my Tribble, so Momma likes that he's nice and sturdy. 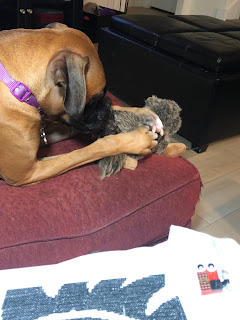 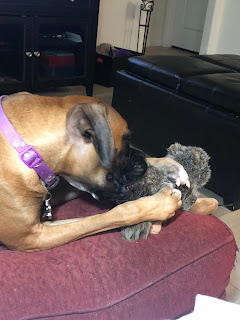 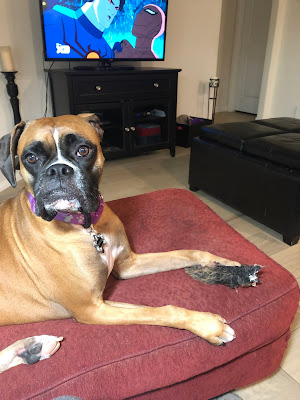 Um....he said he wanted to be a chipmunk, so I took off his tail. It was out of kindness, honest!
Posted by Matilda the Boxer at 8:28 AM