It's beginning to look WEIRD around here!

Hey folks, I hope everyone had a grreat time at Thanksgiving! It was nice to hang out with my grandpawrents and meet my aunt and uncle. I also met Aunt Gracie, my grandpawrents' dogs. She was FUN to play with -- every time I'd playbow or even just walk by her, she was barking and snapping and saying how much she wanted to play! Mean ol' Momma wouldn't let us play very much, but I could tell how much she liked me.

It was nice getting home to Pigeon and our own bed again, but then on Saturday Momma did something very WEIRD. 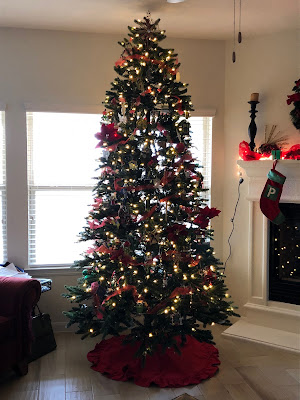 Trees are supposed to be OUTSIDE. I know that! But Momma not only brought one inside, she wrapped a blankie around its base and started putting STUFF all over it. She played a movie and sang along with it a lot while she was doing it, too. So weird. Then she did it to the fireplace too! 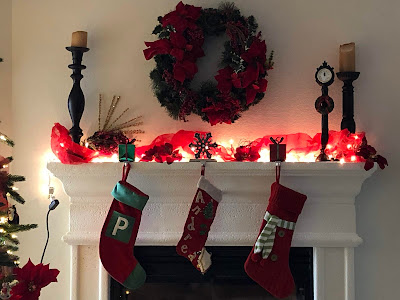 She told me that the one on the right is MINE! And that in a few weeks, some weirdo in a red coat is going to leave treats in it. She's fooling me, right? That's too silly to be true!! 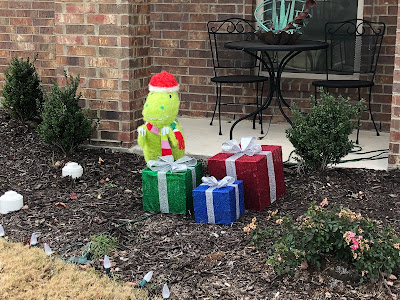 This guy brought some presents too, but he didn't bring them inside. He doesn't seem to mind the cold. He must've brought his own fire to keep warm, because it glows at night!

After all that, Momma danced for me and sang the "here Matilda, no over here Matilda, look up look up, no stay!" song that's so much fun. I love dancing around with her when she sings that song! Eventually I was tired enough to sit for a second in front of that new indoor tree, and she stopped singing. I guess she's tired. 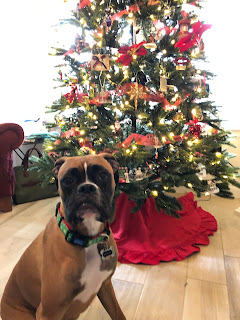 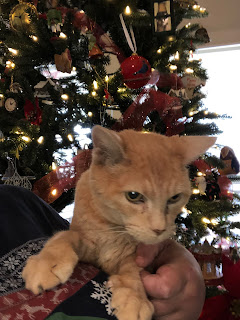 Pigeon tells me that this is something called "Christmas" and I'm going to like it a lot. I don't know, it seems awfully strange to me. But there IS one part I definitely liked! 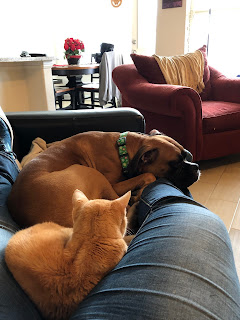 Posted by Matilda the Boxer at 8:42 AM