I'm a little late on posting it, but this weekend Momma had something called a "Stitch & Me." Well, you know, she used the other word for a female dog, but I knew who she was referring to. BOL! She and her furiends sat around, working on sewing or knitting or crocheting and talked a whole bunch. And, of course, paid their due tribute to the honorary of the day. 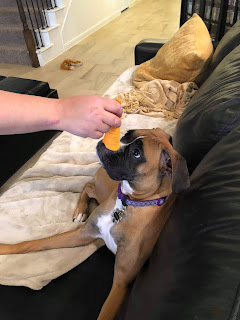 Auntie had me model as a unicorn. It's actually a stuffed carrot, but she thought it was funny putting it on my nose like a snowman. I showed her!! 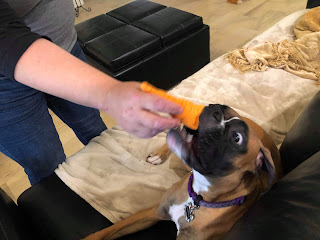 Pigeon seemed to enjoy the day too, but I don't think she was having nearly as much fun. 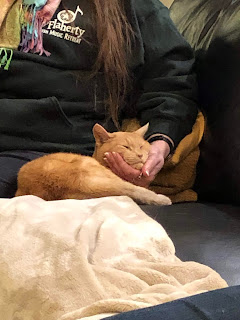 Friends make the weekends so much better!
Posted by Matilda the Boxer at 7:00 AM