My furst puppy class was Monday. I was pretty nervous about meeting all the other dogs, but they were SO nice! Momma said I was the best at hellos. I didn't growl at anyone, but I didn't cower and cry either. I just walked up and sniffed politely. WELL, don't tell Momma, but I think the difference is that I'm the only LADY in this class. Boys don't have as nice of manners!

These are some of my classmates. There are six of us total, but one couldn't make that night's class and Momma didn't get a picture of Bruce. So here's Hachie the Pyr, Bentley the Golden, and Gunner the Miki. (His momma said that's a new breed that's a cross of a Yorkie, a Maltese, and something I don't remember.) 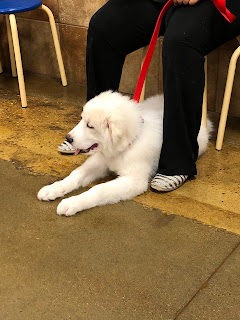 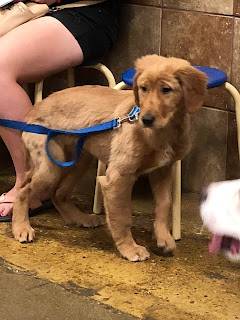 I won't deny it -- I was pretty bored in class a lot of the time. We spent a lot of time talking to the humans, and then worked a lot on Sit. Um, hello, I already Sit! I showed a few times how I had it nailed, then I was just bored. Momma said next class we'll cover more stuff that I don't know, so it'll be more interesting. 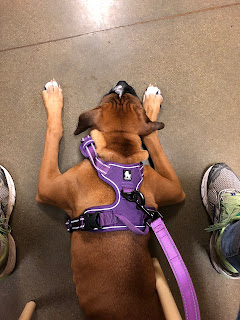 But I did find something interesting... 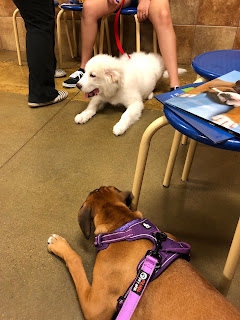 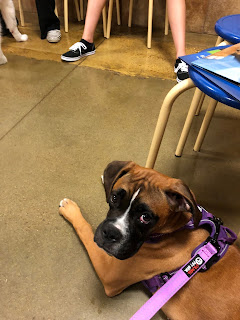 That Hachie's pretty handsome, isn't he?
Posted by Matilda the Boxer at 8:00 AM