The Momma here with an update on Jessie's health. I'm very worried and extremely frustrated with the vet right now.

So many of you know that Jessie has chronic renal failure. She's been battling it for more than two years, since she was only 1 1/2. (She'll be four next month.) About a year ago, we reached the point where the vet said there wasn't really anything else we could add to her meds and treatments, just keep going as long as she was comfortable and watch for her to get worse. She's been getting steadily more lethargic and losing her appetite for a while now. This morning, I took the dogs on a walk, which they're usually eager for after a weekend of faire. Jessie didn't want to walk. She actually laid down right in the middle of the sidewalk instead. That is COMPLETELY not like her and really scared me.

So I called her specialist and managed to get squeezed in this morning. Now, since we've moved, the specialist was an hour and a half away. I drove her up, freaking out the whole way. When I got there, we saw one of the other doctors in the clinic. (We saw Dr. B last time, this time was Dr. R. They're both specialists at the same clinic.) Dr. R started giving a whole bunch of "well, we can try this med, we can do this," and when I asked why Dr. B never mentioned them and said there wasn't anything else we could add, he had no answer. I don't know at this point which of them to believe and worry that Dr. R was just giving me stuff to do to make ME feel better instead of things that will actually help Jessie. I know that we can't do anything to cure kidney failure. I went there fully expecting to either be helping her to the Bridge or being told that's coming soon. Instead I have a bunch of Stuff but no real answers. 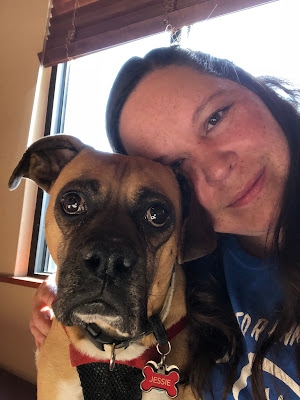 I also don't feel like Dr. R was listening to me very well about Jessie's symptoms. Like I tried explaining how lethargic she was and how unusual her behavior was. But when the tech brought her back in after she'd been getting tests done, she ran straight to me. Dr. R commented that she wasn't too lethargic because she'd shown energy running into the room. I feel like that was an exception because she was freaked out by tests and strangers and was running back to her mom, and he gave too much focus to that and ignored what I described about her lethargy at home.

So right now I'm just frustrated and not sure what I should be doing for Jessie or what the prognosis is. I'm supposed to do a few days of the meds he gave me and camel treatments twice a day instead of once and then call him with an update. I'm thinking I'll just see if I can get her in with our regular vet then instead. :( Thank you everyone for the POTP. I KNOW my little girl is sick -- she wouldn't even stir off the couch to go into the bedroom when I was leaving for work. I just don't know what to do to help her!
Posted by Matilda the Boxer at 3:15 PM