There and Back Again: A Pigeon's Tale

Once upon a time, there was a girl named Momma. She wasn't MY momma yet, but she would be. She lived in a tall tower in a far-off place called Chicago with her kitty Scribbles, studying all the day long so she could be a lawyer. 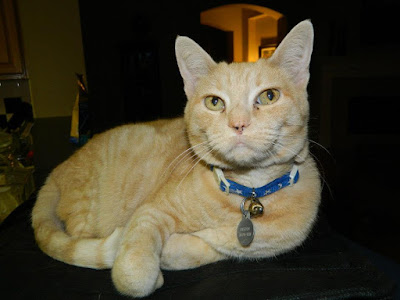 Then one day, when she was back in the glorious state of Texas visiting her pawrents for Christmas, her momma mentioned that there was a stray cat hanging around. The-lady-who-would-be-Grandma said she was worried for the kitty because there were buzzards in the area hurting cats and small dogs. Well, that worried Momma too, and she went out to visit the cute little orange kitty who had a purr that just wouldn't stop. Momma fell in love with her right away, but she couldn't come to live with the-lady-who-would-be-Grandma because they were allergic to kitties. 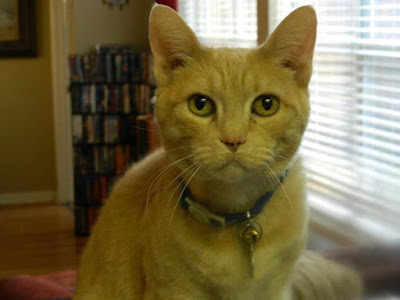 While Momma was visiting, she had a big fight with a friend and got very sad, so the-lady-who-would-be-Grandma brought the kitty inside and said "I think you need cat therapy." It was just what Momma needed, since her kitty was all the way back in Chicago and couldn't help her feel better. Well, after cuddling up with that purr for a long time, Momma knew that she couldn't possibly leave that sweet kitty out to the buzzards. 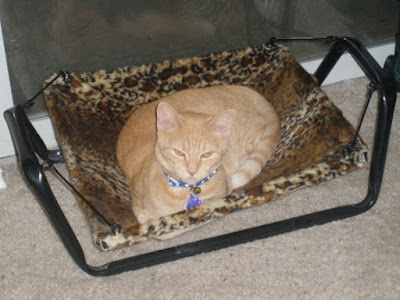 BUT Momma couldn't take her home to Chicago, because her room in the tower was TINY and over-full with just her and Scribbles. But then came a rescue -- Momma's brother's girlfriend missed HER cats, who lived with her momma in another state, but she didn't want to take on the commitment of a full-time kitty. So she offered to take the sweet orange kitty for a few months until Momma finished her studying and came back to Texas. 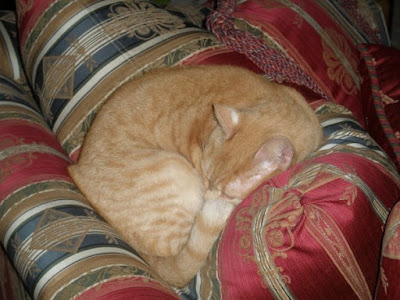 The sweet little orange kitty was given several names at furst. Momma liked Lipstick from a book she'd read, and she tried Penny, and a few other things. But none of them fit. Then she heard her brother calling the kitty "Pidge" because her nonstop purring sounded just like a pigeon cooing. It was pawfect -- the sweet little kitty officially became Pigeon! 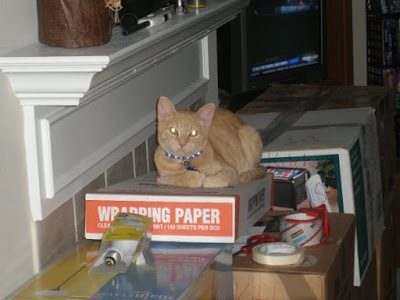 Eventually Pigeon came to live with Momma, once Momma and Scribbles were back in Texas, She lived in a few little apartments with them, then Momma bought a great big house for them to spread out in . . . AND with even enough room for a DOG or two! 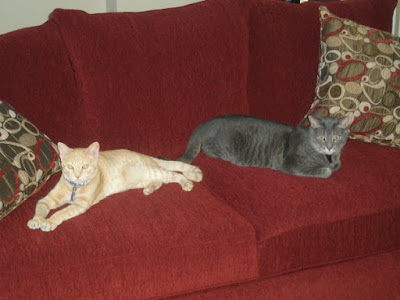 Pigeon has always been the cat with the purr that wouldn't quit. She's more aloof and stereotypically feline in attitude, while Momma always called Scribbles a dog in a cat's body. But she looooves to snuggle with Momma, she loves hanging out in high places, and she finally decided she kinda loves her canine siblings too. 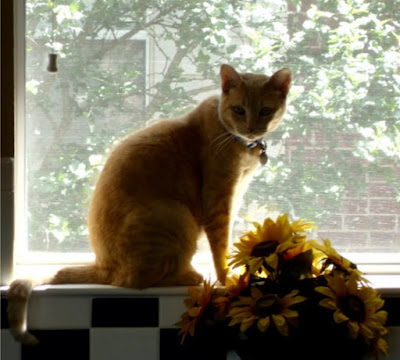 I'm so glad the-lady-who-would-be-Grandma brought you in for cat therapy fourteen years ago, Pigeon! Happy happy 15th birthday -- and here's to many more!
Posted by Matilda the Boxer at 8:29 AM