Some days make me super proud to be an official LBR volunteer. This weekend, a big cold front swept through Texas. It dropped from a high of nearly 70 degrees in the early afternoon on Saturday to the 20s just a few hours later. Everyone was preparing to bundle up and cozy in for the night. But then we got the call. 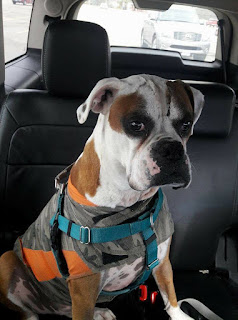 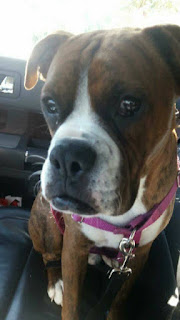 LBR alum Thor (on the left) and LBR foster Hudson were lost!! Thor has a pacemaker and has been having all sorts of health issues lately, and Hudson has neurological issues. Picturing of the two of them out alone, much less in our frigid temps yesterday, was heartbreaking.

So LBR volunteers jumped into actions! They bundled up and started combing the area for our lost pups. We searched until it got too dark on Saturday, then were back in action as soon as it got light on Sunday. Volunteers too far to make it in person were making phone calls to shelters and posting on websites. And then... 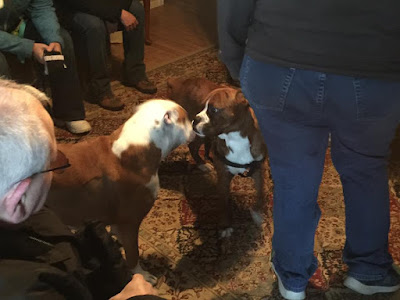 First Thor was found in a field, and he ran straight to his daddy when called. Then a short while later, they found Hudson hiding under a hot tub! They were both safe and none the worse for wear after their adventures. 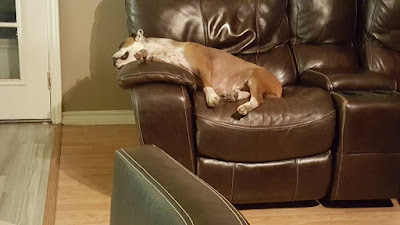 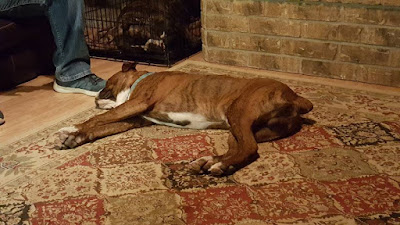 BIG BIG thanks to all our pawesome LBR volunteers who worked tirelessly through the cold to help bring these two home safe! I'm proud to be part of you!
Posted by Matilda the Boxer at 7:00 AM