Howdy folks, and welcome to the next event in the Blogville Rodeo -- BULL RIDING!! This is an exciting event, full of lots of thrills, chills, and spills. I'm Cowboy Casey, your host, and I'll be assisted by the lovely Jessie!

Let's get right to the action! Okay, folks, up furst we have ANGUS! He chose an unconventional shaggy cow to ride. Does all that hair give him extra traction to hold on? Look at that stance! 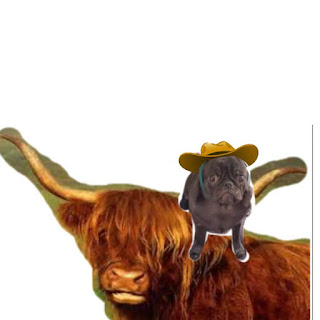 Oh wow, look at Baby Girl show everybody how a cowgrrl can ride! Everyone's cheering her on, even the clowns! 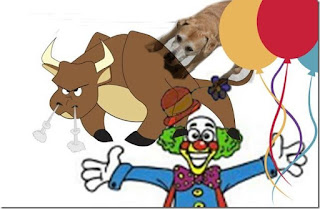 Next up we have our furst entry in the pairs riding competition -- Dory and Bailey! They've got a sturdy seat and aren't moving! 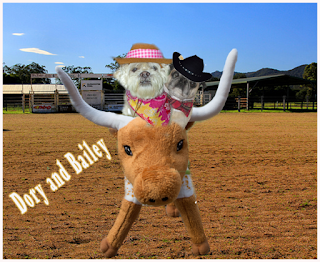 Yeeeowch! Poor Easy is moving a little TOO much. I don't know if he can hold on much longer! 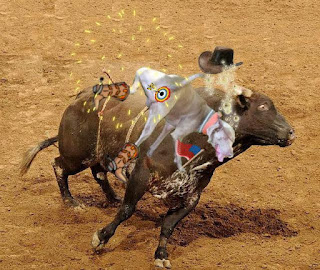 Here comes Bentley. Just look at that stance! He's steady as a rock on that wild bull. 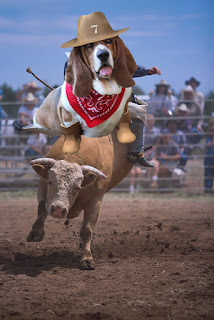 Take a look at Finn and Charley -- now there's a pair of siblings with some technique! They don't waver a bit! 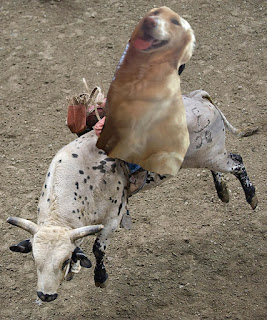 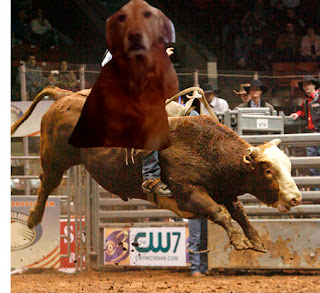 BOL! I think Lassie and Benjie are a little confused -- the bull is riding THEM!! 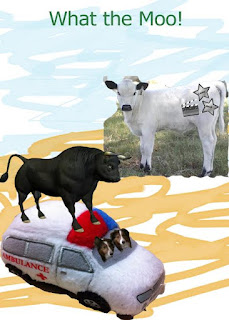 Wow oh wow, look at Madi go!! Her bull is bucking wildly. Watch closely -- is she -- YES!! Her hat fell off, but Madi stayed on! Oh wow, folks, what a grreat ride! 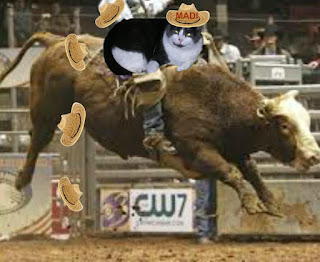 Umm.... folks, let's not talk to much about this. I, uh, was just trying to make the rest of you look good. Yeah. That's what I did. Totally. 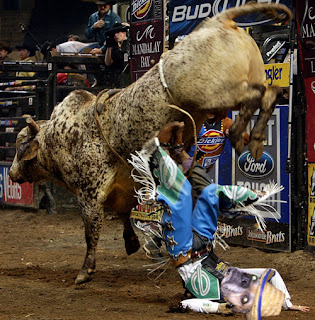 Next up we've got Mayor Murphy showing off his MOVES. That bull is doing everything it can to shake him off, but he's not budging! 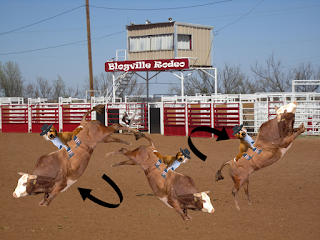 Maggie Mae and Princess Leah found some nice quiet bulls to mount. Um... do you wants to tell them that they're supposed to ride the bulls, not just sit on them? Nah! 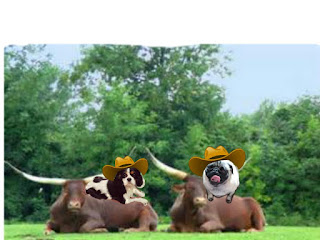 Yeehaw! Sarge is clinging by his paws to that bull. It's really giving him a run for his money! 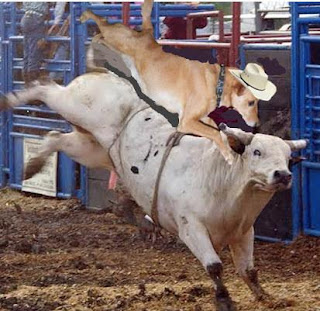 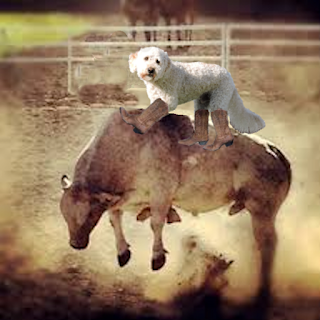 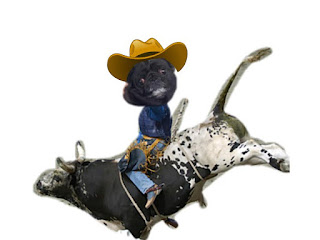 Here comes Pierre. He looks like he's having a blast! 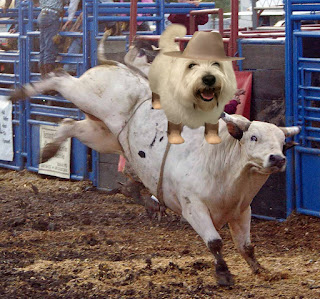 Sweet William the Scott just can't resist a song in the saddle. 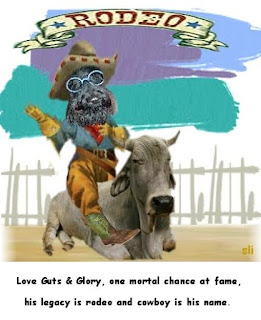 BOL!! Little Ziggy wasn't quite sure what kind of bull he was supposed to be riding. 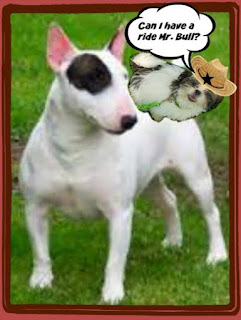 WAIT! Jessie! No, I told you, you're too YOUNG to go bull riding! Don't you dare -- wait, how little IS that bull?? Okay, I guess it's just your size! 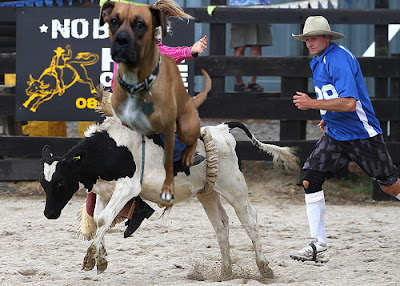 I think this is a wrap, folks, We've had some AMAZING riders! I think every single rider is a WINNER, don't you??

Be sure to check out the rest of the rodeo!