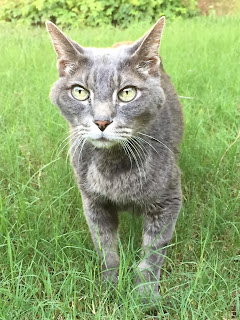 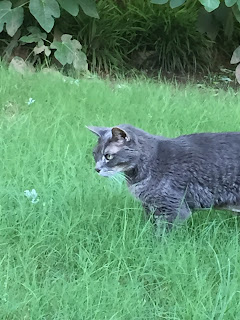 In August 2000, I moved to Chicago to start law school. It was my first time to live completely on my own, and I didn't know anyone in the entire STATE when I moved there. I made it about three days in a very quiet apartment before going to the animal shelter "just to look." I walked out with a cat. Scribbles was the first pet I'd ever had on my own, and we had a... challenging first year! He was downright mean sometimes, clawing up my legs and biting me for no reason. But he could also be incredibly sweet and loving. We stuck with each other, and he mellowed out over time. He helped me get through the three absolute worst years of my life in Chicago, moved with me back down to Texas, and put up with me adding first another cat and then a succession of dogs and foster dogs to the family. The whole time, he reminded me and all the others who was REALLY in charge of the house. He made dogs three times his size jump with a single hiss. He was always bossing my other cat Pigeon around, but I'll never forget the time he threw himself in front of her -- hissing and yowling -- when a charging 60-pound dog was coming her way. Scribbles slept in the bed with me, usually on or right next to my pillow, nearly every night of his life. His purring lulled me to sleep, and his friendly head butts in the morning as I got dressed helped wake me up every day. I can't count the number of hours I've spent sitting at the computer with Scribbles sprawled over my arms between me and the keyboard. 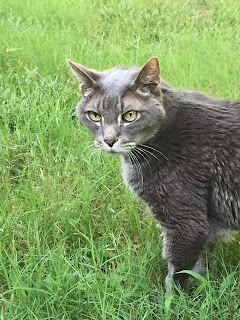 Last night, I took Scribbles out in the backyard for his rambles. He walked around very slowly, looking around and savoring every moment of it. I took out my phone and got some of the best pictures of him I've ever taken. After that, I just sat there with him for a long time. Finally I told him that if it was his time, it was okay, and I would be all right. I held him, and he purred. Today, I took him to the vet and helped him to the Rainbow Bridge. I had Scribbles for nearly 15 years, longer than any pet I've had in my entire life. He was almost 17 years old. He has been a part of literally my entire adult life. I don't know how I'm supposed to get by without him now. 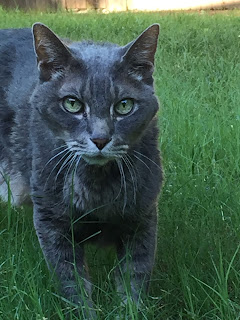 All my pets have a special little song that I sing only for them. Scribbles's was to the tune of You Are My Sunshine. "You are my Scribbles, my handsome Scribbles. You make me happy 'cause you are gray. You'll never know, cat, just how I love you. Please don't take my Scribbles away." 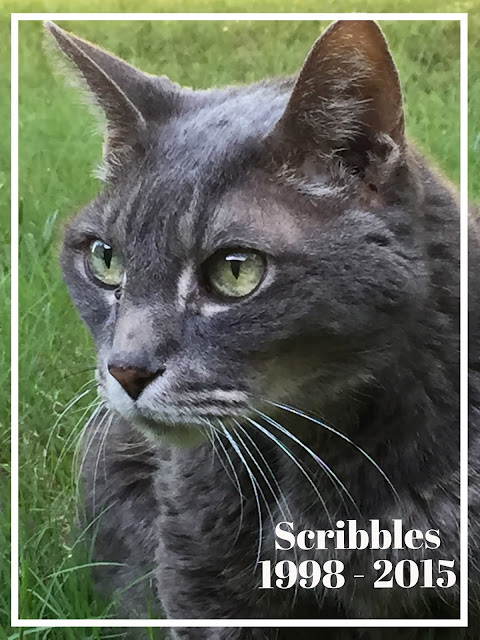