I want to warn everybody up front that these are some very yucky pictures. I know not everyone likes to look at them, but it's impawtant for us at LBR to share all of our stories -- from the happy fuzzy forever homes to the awful shape some of our pups are in when they first come into LBR's care. 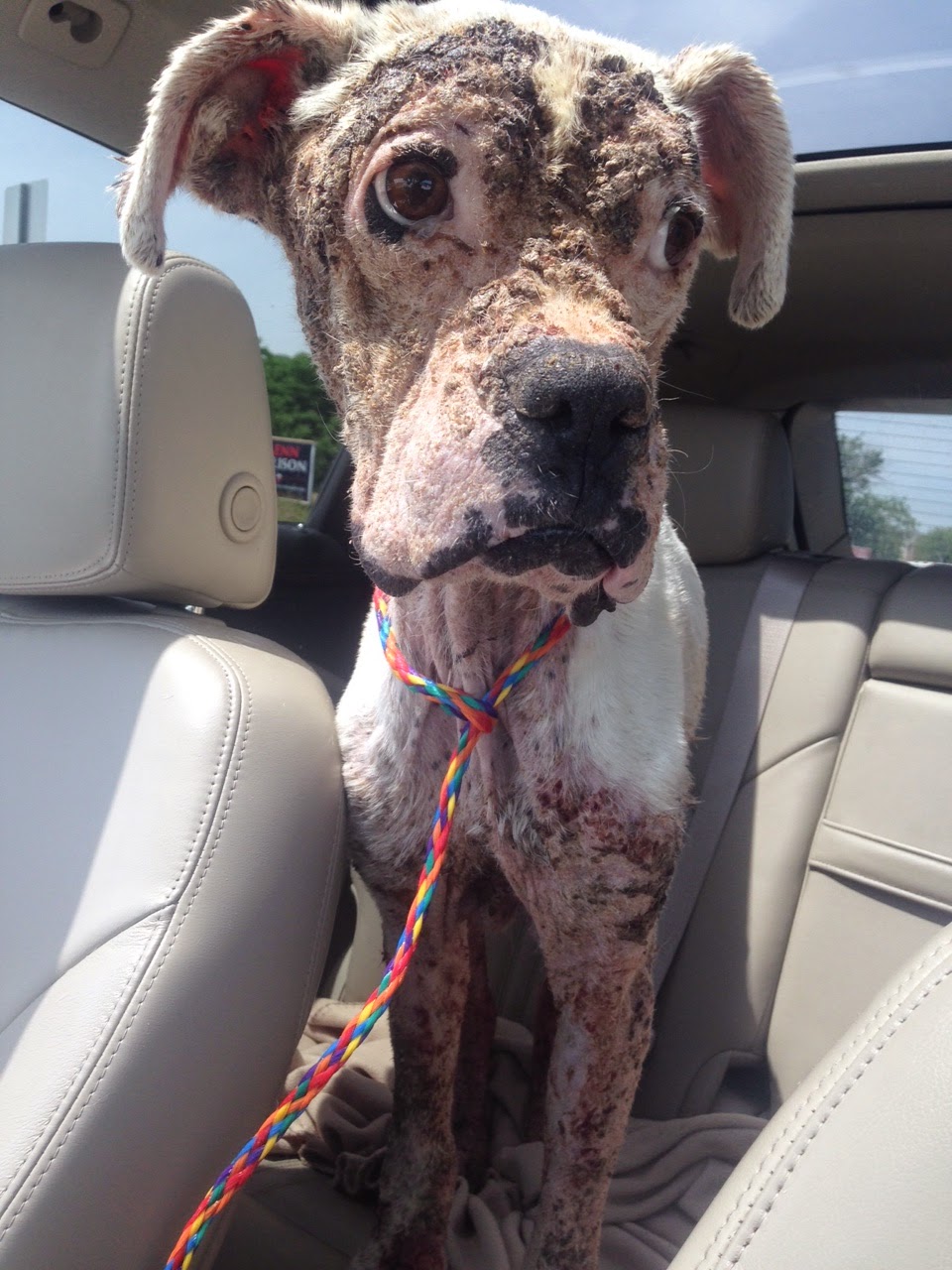 This was her "freedom ride" from the shelter, when we start a pup out on their way to their new lives with an LBR foster home. But it was hard to call it that for poor Osha, who's still in such bad shape! We don't know what happened to her, just that we got a call from a shelter that they had a sick and emaciated boxer baby in dire need of help. 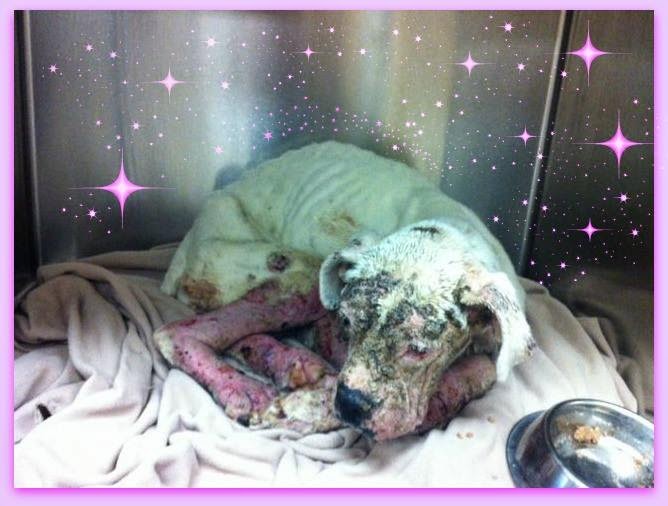 In addition to needing some groceries badly, poor Osha has a horribly bad case of demodex mange. Her skin is in such bad shape that the vet is having to smear lotion on her constantly just so her skin doesn't stick to the bedding when she gets up! She also has round worms and coccidia messing up her insides. She's going to have a long road to recovery, but our vet thinks she's going to recover and be a happy, healthy boxer again! And you know what? I always say how much LBR volunteers rock, but our supporters are just as amazing. After we shared Osha's story this weekend, LBR's pawesome Facebook fans donated over $8,000 for Osha's care!! WOW! With so much love and support behind her, I know Osha's going to recover and find her pawfect happily ever after.
Posted by Matilda the Boxer at 8:06 AM