You know, folks, the pawesome volunteers here at LBR just never cease to amaze me. I already know there's nothing these folks won't do to help one of our LBR dogs. But they don't discriminate! If a boxer needs help, they spring into action. Case in point: Moxie. 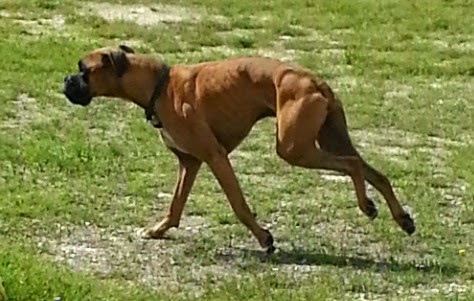 Isn't he a handsome guy? Yeah, you can tell he loves to run. Which is the problem. Once upon a time -- well, on April 5 -- his neighbors accidentally opened the gate while he was out on his morning ablutions, and he decided to go for a little walkabout. Well, he got lost and skeered, and he couldn't find his way home! His worried family looked everywhere for him. Lots of neighbors were seeing him, so they knew he was still alive, but no one could catch him, not even Animal Control!

Finally, on April 22, Moxie's worried momma contacted LBR to see if we could help. Immediately LBR volunteers started mobilizing to search his neighborhood. They searched . . . and searched . . . and searched. They were out for hours at a time. They went back for days on end. They got really close a few times, but they couldn't quite find him! Finally, they borrowed a trap from a local animal shelter and set it up. Sure enough... 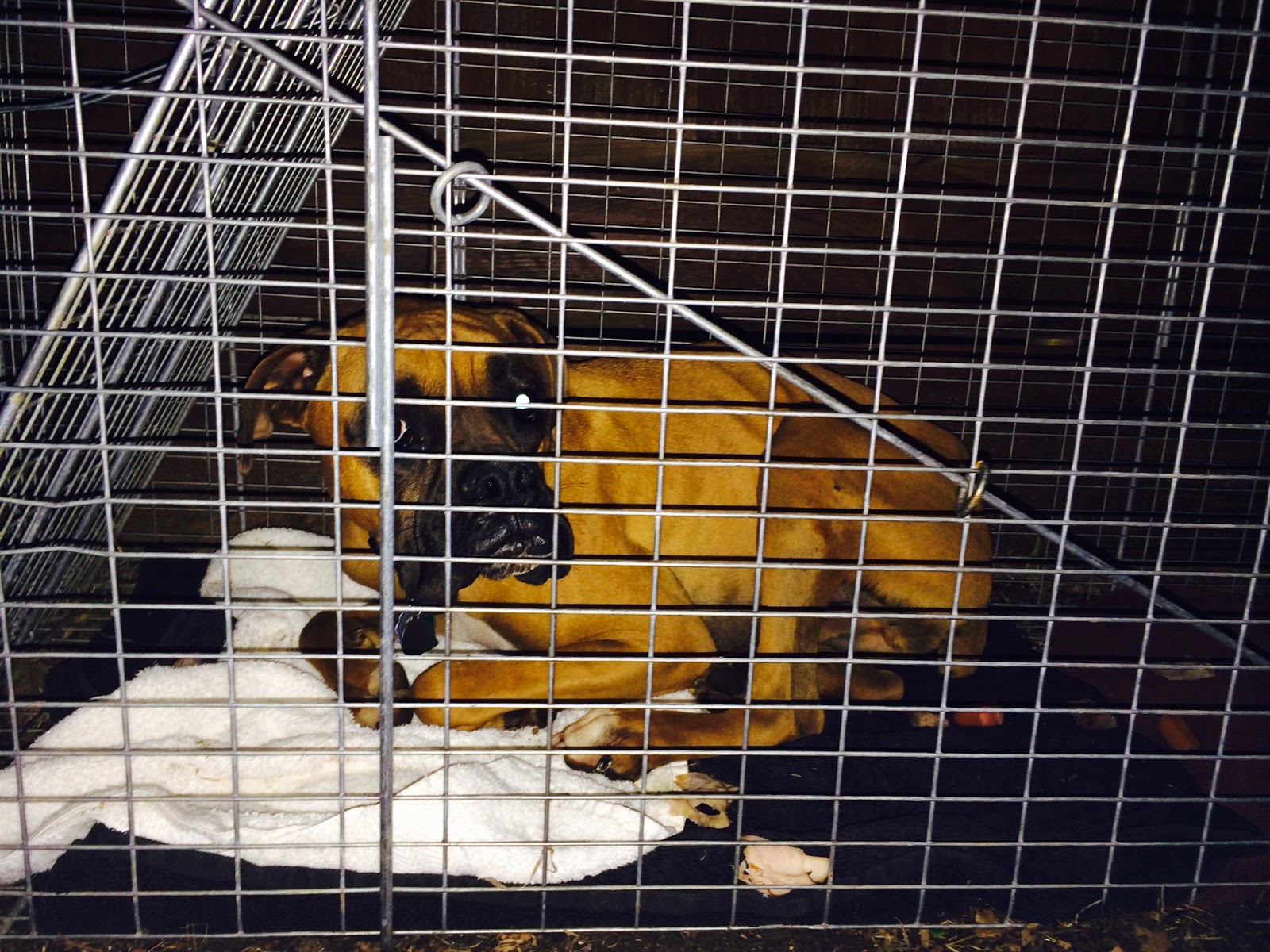 We got 'im!!!! April 29, after 24 days on the run, Moxie was back in safe hands and was reunited with his family. I think they were all pretty happy about it. 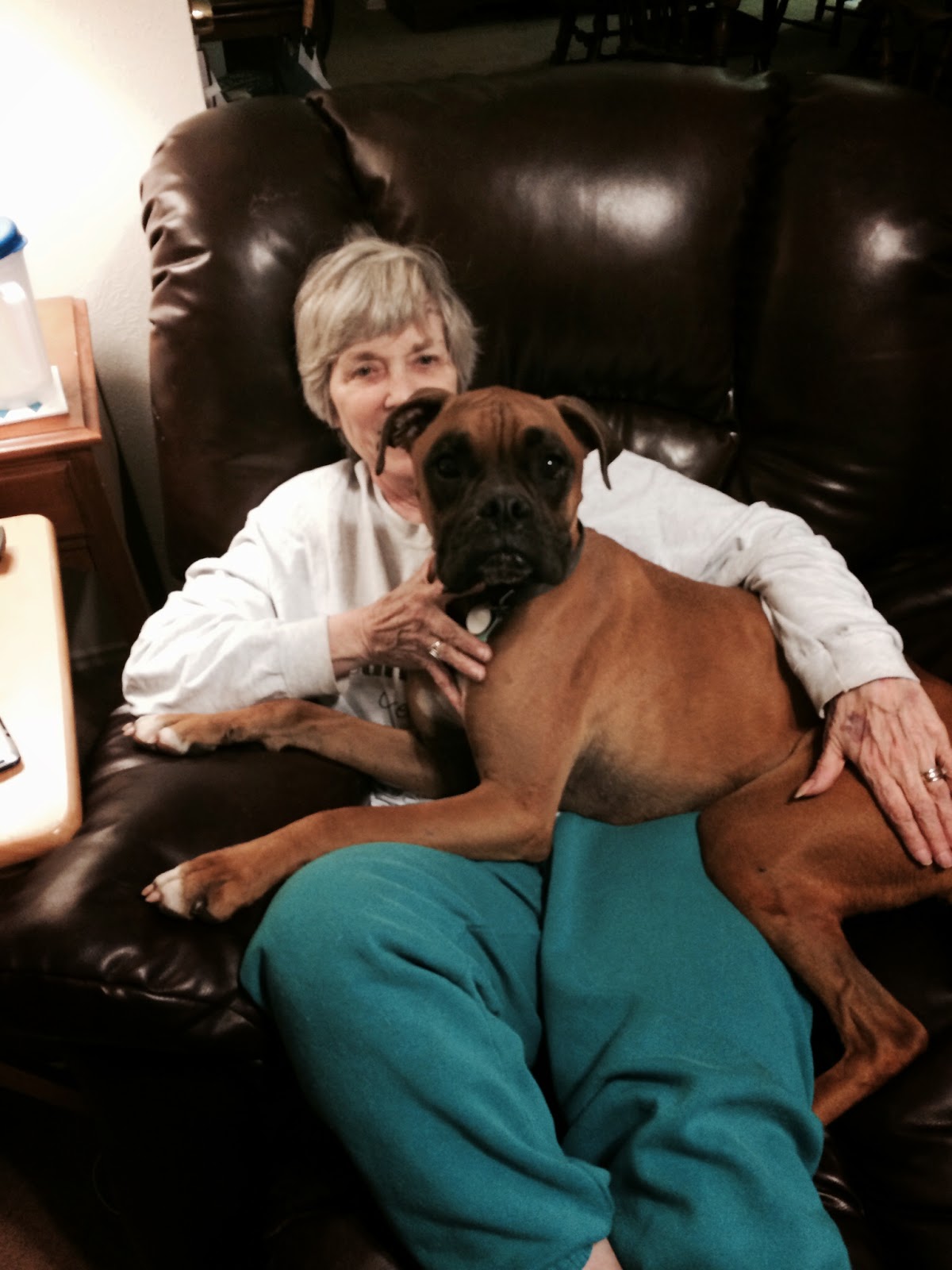 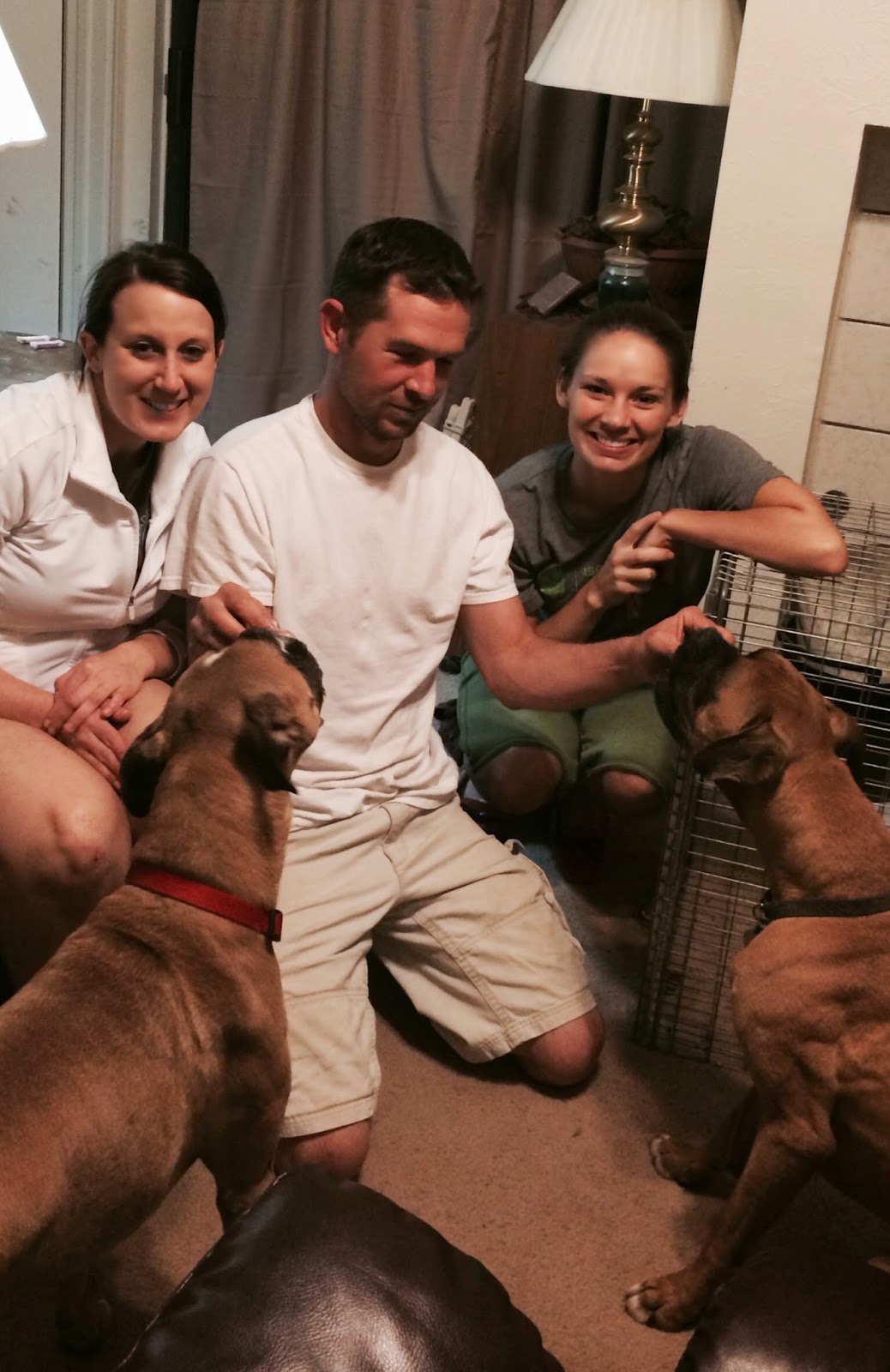 How's that for a happy ending??? We here at LBR are so so so happy that Moxie is home again. The volunteers who searched and searched for him are pretty attached by now too. Last night, some of them went to visit Moxie and his family, and brought him a special treat to remind him that it's GOOD to stay home where you belong! 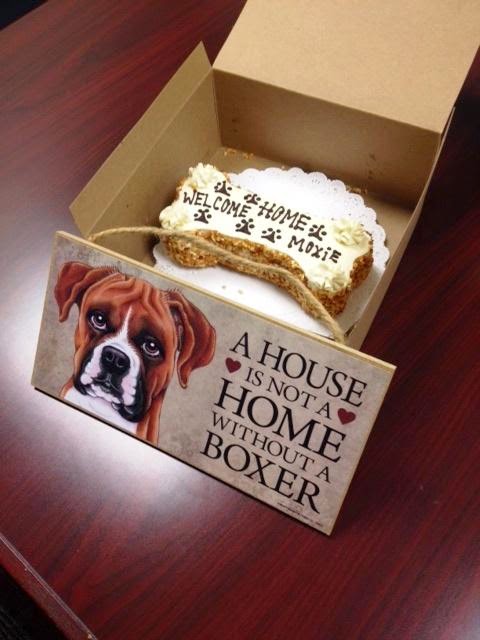 And they all lived happily ever after. :)
Posted by Matilda the Boxer at 8:00 AM