OMD, guys, I had so much FUN yesterday! I knew something weird was up when Momma fed me breakfast right after our morning walk. Usually I dine in my room while she goes to work. But instead she fed me early, got ready for work, and then....she asked if I wanted to go for a CAR RIDE!!! I mean, DUH. So we hopped in the car. Momma told me I was going to have fun and she'd come get me after work. I wasn't sure what she meant -- she wasn't coming with me?! -- but we arrived somewhere with lots of new smells and I trotted off with the lady Momma gave my leash to.

I started out in a little playroom, where I got to meet several people who smelled like LOTS of dogs. And then I met a few dogs at a time. They just kept coming!! The peeps called it a "temperament test." Well, I can pass ANY test! I guess I did, because before long, I got to go out to a pawesome play area with dogs EVERYWHERE!! 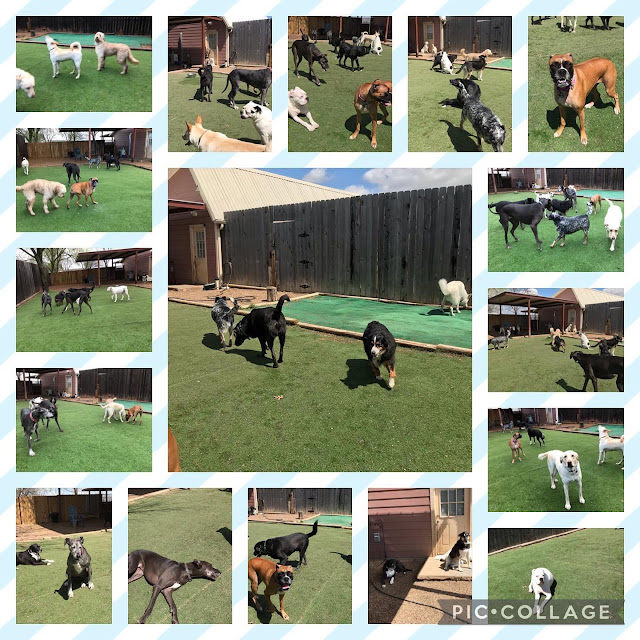 The other pups told me this place is called "day care," and they hang out here while their pawrents are at work. WOW!! What a totally pawesome idea! You can see in the top middle picture, I made special furiends with a white boxer who was there -- we're cousins, so we just get along better! I had so much fun running and playing and running. When Momma picked me up at the end of the day, I was all smiles! 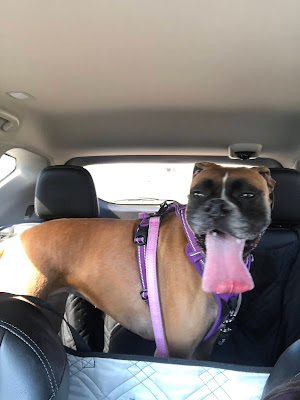 There was just one little problem. After having fun all day long, by the time I got home I just wasn't in the mood to play endless rounds of fetch and tug with Momma. I just wanted to do a little of this. 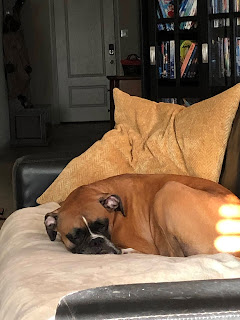 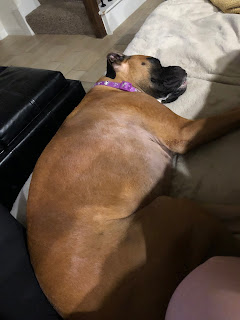 I swear I heard Momma say "just as planned," but I might've been dreaming that part. Anyways, I hope I get to go back to daycare again. That was so much fun!!

Posted by Matilda the Boxer at 9:58 AM