Momma came home really late last night (early this morning) after watching the newest Marvel movie, and she gushed about the GREATEST new superhero in the Marvel universe! 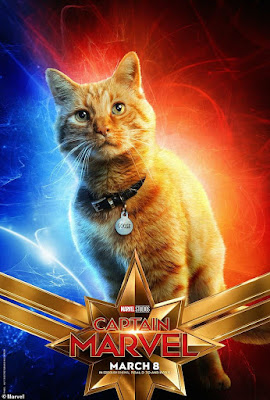 Yes, Goose the cat is a BIG part of the new Captain Marvel movie, and according to Momma the BEST part! He's played by a talented kitty named Reggie, plus three other stunt cats. Well, guess who is really excited to have a superhero idol of her very own? 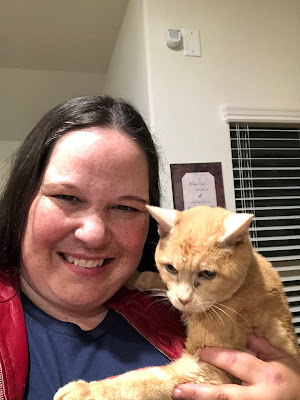 Momma said the moral of the movie is "Don't mess with orange tabbies!"
Posted by Matilda the Boxer at 8:48 AM