OMD, folks, I saw the bestest movie last night! Momma got super excited at a package in the mail and popped it in the DVD player as soon as she'd opened it. And it didn't take long for me to be enthralled. 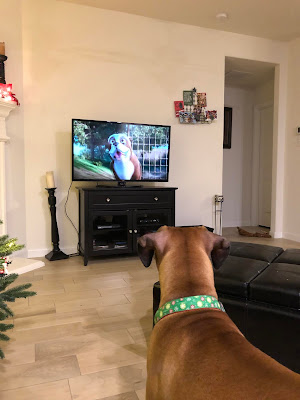 The movie was about the biggest doggie hero in American military history -- Sgt. Stubby! 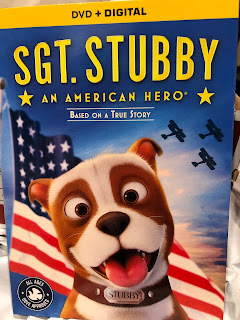 Momma says that Casey talked about Sgt. Stubby once before, raising pit bull awareness. If you've never heard his story, it's amazing! He was a stray pup adopted by an American soldier in WWI and smuggled to the front in France. He not only was a unit mascot, he warned of gas attacks and bombardments, he helped find wounded soldiers, and he even captured two German soldiers all on his own! He was given an honorary rank and even earned medals for valor and for being injured twice in combat. When the war was over, he came home and did goodwill tours and parades. When he finally died of old age, his owner donated his body to the Smithsonian, where he stands as an inspiration to this day!

The grreat folks who put this movie together really made it a labor of love, and they fought hard to get it distributed. Thanks to their hard work, you can now find it on Amazon! Momma and I aren't getting anything for this review, we just really loved the movie and want to share it with all our fellow dog-lovers. Stubby's story is inspirational, and there are plenty of yips and barks to keep all our canine furiends interested in it too! I watched from start to finish.
Posted by Matilda the Boxer at 8:40 AM