I hurt looking at him!

Yesterday some pawesome LBR volunteers pulled together to save LBR foster Mkhitaryan. (Pronounced "Mick - Hit - Arian". He's named after a Manchester United player.) Brace yourselves for these pics, they're NOT fun.

Here's poor Mkhitaryan in the shelter. 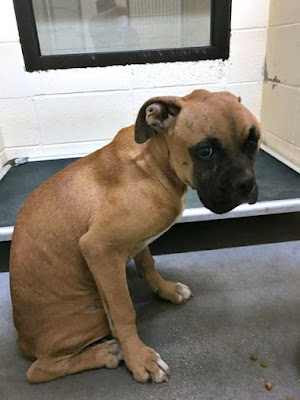 Not so bad? Turn his head a little... 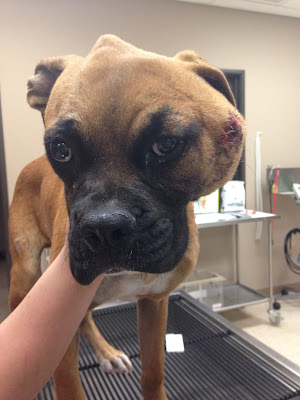 He apparently was attacked at some point, and by the time he turned up at the shelter, it had gotten infected and abscessed! He was very close to death when he came to the shelter, so LBR had to spring into action right away! 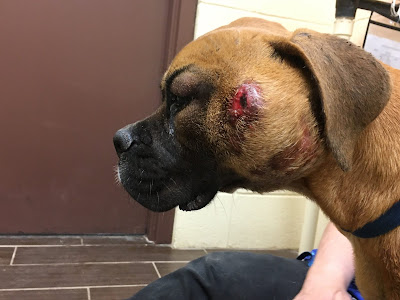 Our vet lanced and drained the wound, and he's already looking MUCH better. 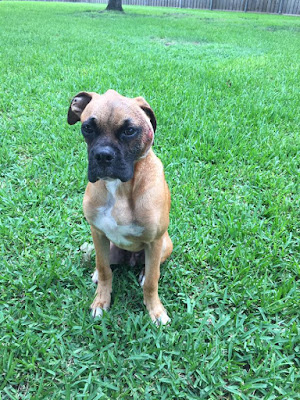 Send Mick some prayers and Power of the Paw, please! He still has a long road to go to get better!
Posted by Matilda the Boxer at 7:00 AM