It's not great news 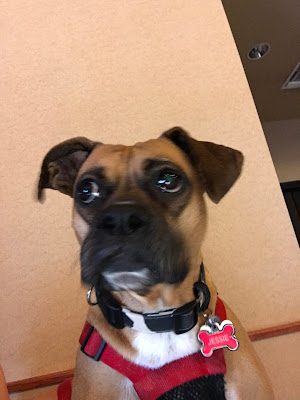 Well, Jessie's blood test results are in, but it's not great news. After the great drop in her levels after 2 weeks of daily camel treatments, we had high hopes we'd reach the magic number after another 2 weeks and be able to reduce her camel treatments. (Jessie's a trooper, but she doesn't like them.) Unfortunately, her numbers have actually gone up again. The specialist isn't very sure what to do. He suggested twice daily camel treatments, which Momma is against, and a supplement called Azodyl that he isn't sure works but can't hurt. <sigh> Momma is checking with her LBR friends to see if anyone has suggestions. One said Azodyl didn't help her pup at all, but something called Renal Essentials did.

If anyone has any experience with any renal supplements or other possibilities, Momma would appreciate the advice!
Posted by Matilda the Boxer at 4:38 PM