That's right, we added another member to the pack this weekend! Momma came home from her Renny-sauce faire on Saturday talking ALL about this pawesome doggy she met, who was the best cuddler she'd ever met. (I'm sure she just assumed the "except for you, Casey" was implied.) And would you believe it, he followed her home and turned up on her pillow that night! 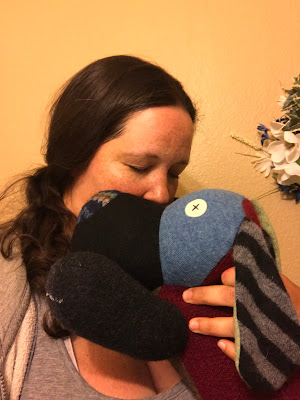 He IS pretty cute. I can't speak for the cuddly part, since Momma said Jessie and I can't cuddle or play with him. HMPH! BUT he's a really good listener. 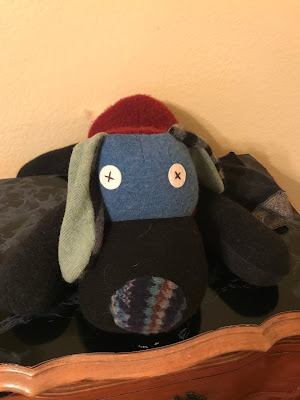 Momma found him a pawfect spot in the bedroom so he can hang out in the day with Jessie and me. I think he'll be a pretty good new pack member. 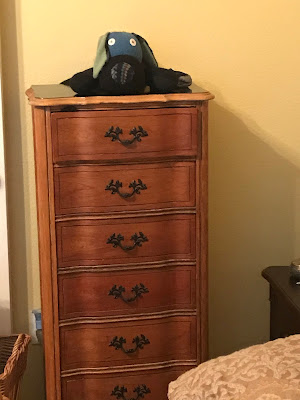 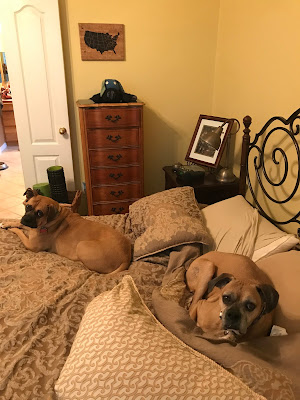 Edited to add:
Silly Momma furgot to type the pawt of my post where I told you our new pack member's name! Momma asked people all over her Renny-sauce faire what he should be named, and then she picked her favorite. So his name is Patches St. George III! Just Patches to us, since we're his pack.
Posted by Matilda the Boxer at 8:10 AM