Yesterday evening was very exciting! Momma came home to find a package on the porch -- and it was addressed to US! We were very excited to see what was in it. 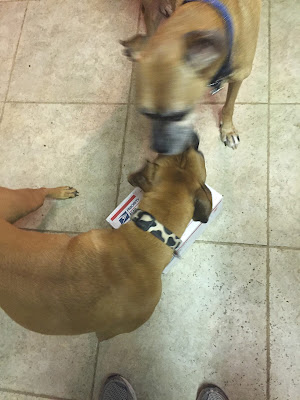 "Paws off, Casey! This is MY package! I can tell!" 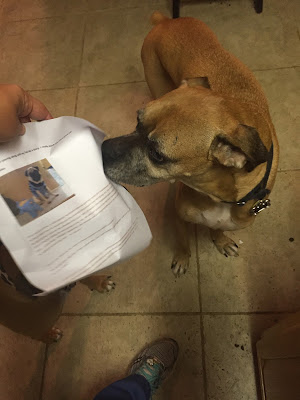 That's right, the letter inside said it was a package from our dear furiend Noodles the Pug! And even though Jessie tried to claim it, it was MY prize for MY story in Noodles's skeery story contest at Howloween. How pawesome! It was packed full of grreat stuff. 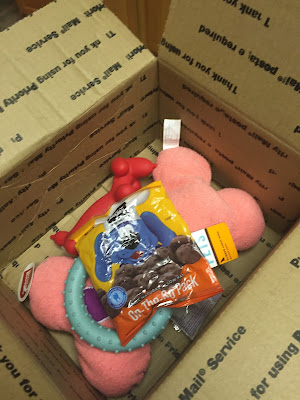 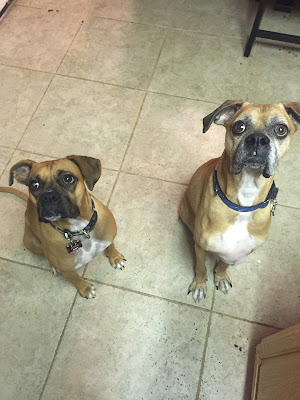 "Why do we hafta sit here?? There's goodies in that box!!"
"Watch and learn, sis. This is the pose." 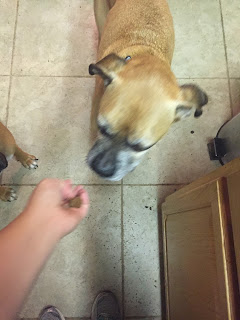 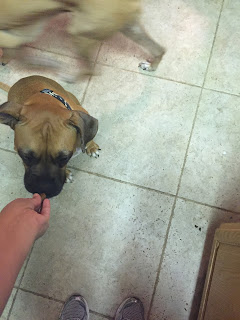 And sure enough, Momma gave us both some of the super nummy treats at the top of the box. But then... 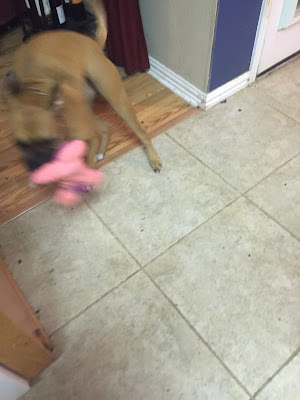 Jessie laid IMMEDIATE claim to the water bottle toy in the box. She ran out of the room so fast, she was nothing but a blur. She wanted to make sure I didn't try to play with it. Whatever. That gave me the REST of the box. BOL. Later that night, Momma had to institute a "no gnawing on water bottle toys after bedtime" rule, because Jessie didn't want to stop playing with it.

Thanks, Noodles! What a grreat prize!!
Posted by Matilda the Boxer at 8:27 AM