Welcome to the next stop of the Mayorz Marathon! This is Scribbles and Pigeon, coming to you LIVE from the all-impawtant Mile 13. 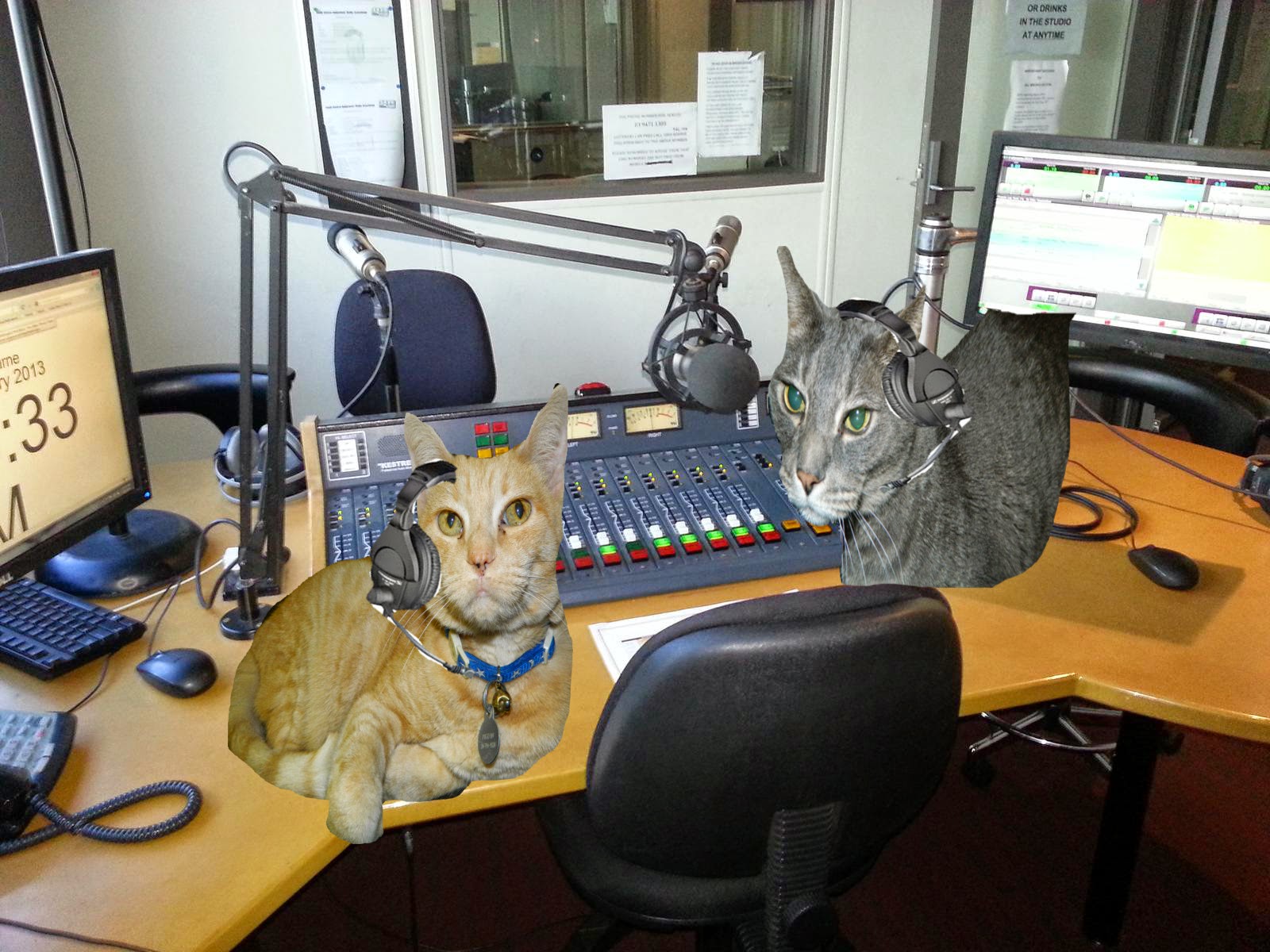 Here comes our furst view of the contestants! It looks like Benjie is out to a nice lead, though Oreo is close behind! Arty had better watch stopping to admire the Mile Marker, though -- it looks like Scylla is catching up, and Shyla is close behind! 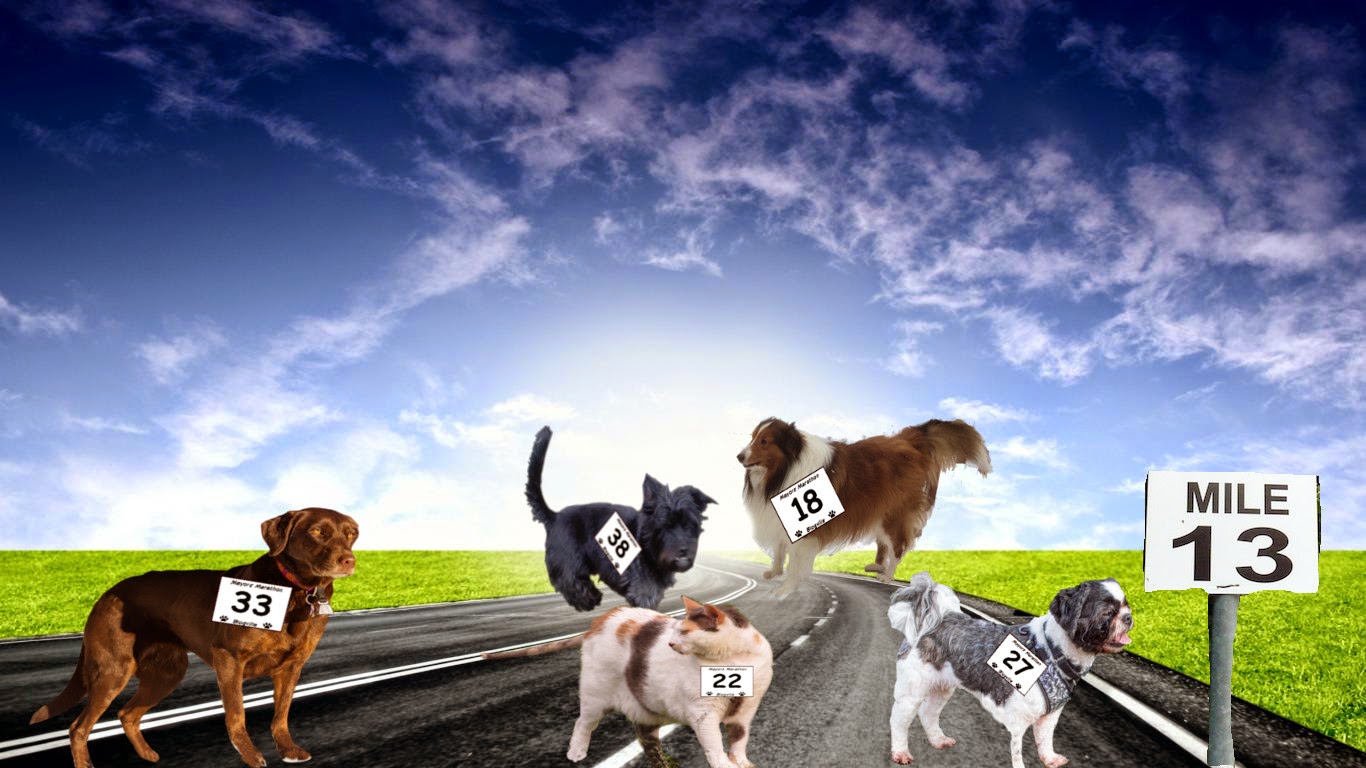 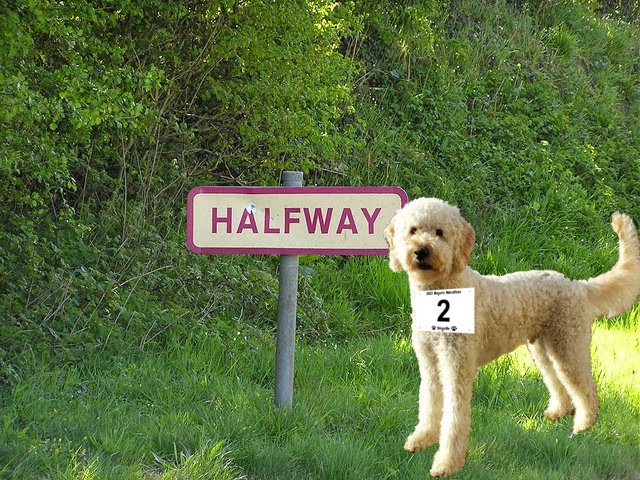 Yup, you're halfway through the marathon!! To celebrate, we put a dance floor out so our racers can take a break from the rigors of the race and kick loose! Our bro Casey leads Jakey, Duncan, and Tuiren on the dance floor! Shake it, guys! 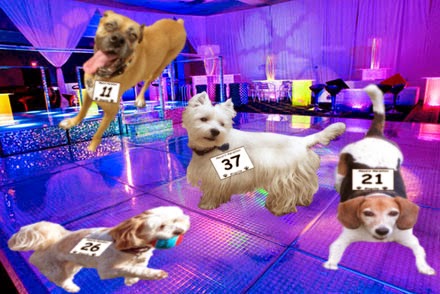 OMC, Addie and Dui are pole dancing! That's pretty bold for the middle of a marathon! Susie looks ready to go again. Ruby and Misaki seem to be having a strategy session, but I think Wyatt is listening in! 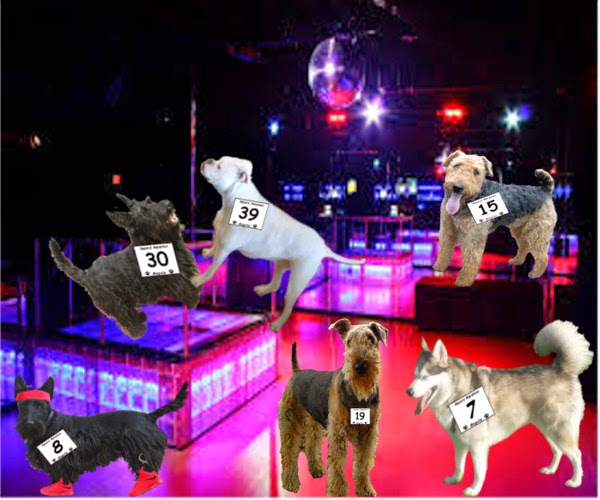 Grreat job, everyone! Now let's head on into the second half of the marathon! As we round into Mile 14, the course turns through some absolutely GAWJUSS Texas bluebonnets. Sugar is taking a slight lead over Charlie, but Fenris is close behind. Princess Leah is taking a royal break to take in the scenery. And WOW! Look how grreat Bailey is doing pushing both his sissies in that stroller! 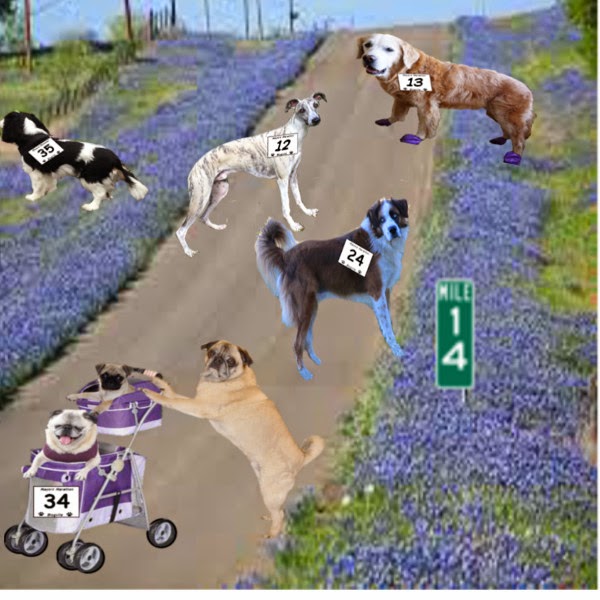 Look at Haley and Zaphod go! They're going to chase up to Dory if she's not careful. Walter and Bentley look like they're plotting to make a break. And isn't it great that Lily and Edward are staying together? Siblings are fun to run with! 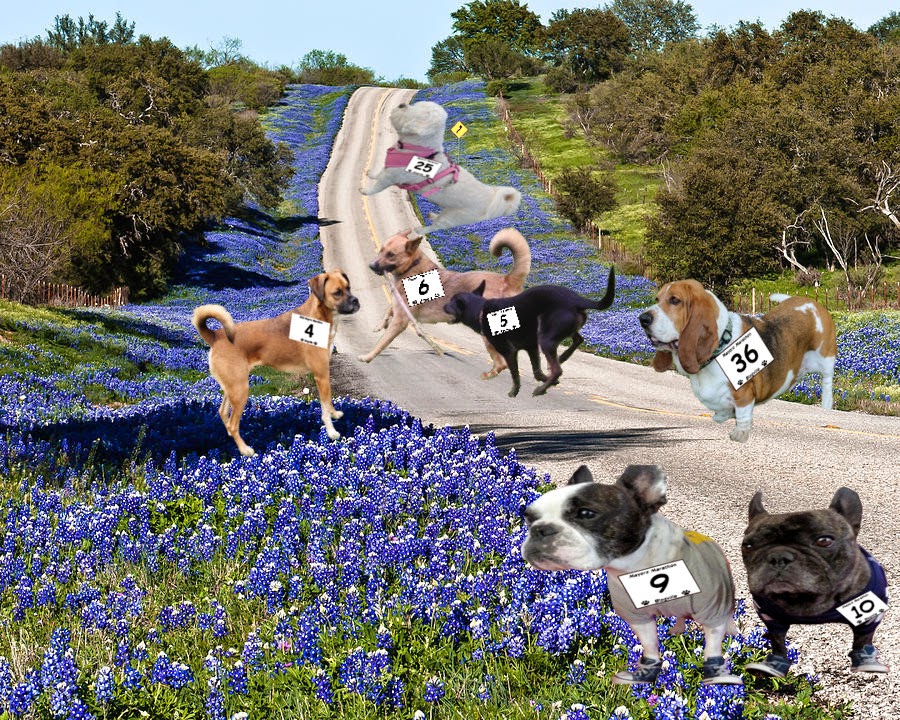 I'm kind of worried about Roxy and Bella, though. Are they lost? 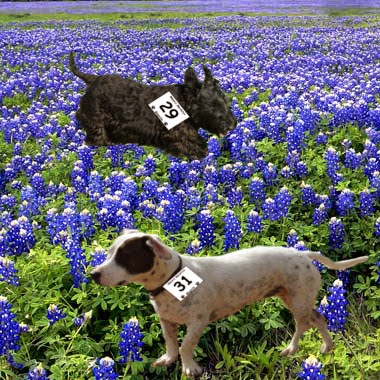 Huh, I wonder what Mayor Murphy is looking at over that fence? 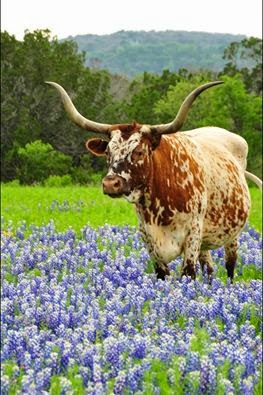 And he brought friends! STAMPEDE!!!

OMC, guys! This is total chaos! I think Angel Stanzie is taking slightly unfair advantage of her status to stay out of trouble. Lassie and Sarge are looking like they're in a bit of trouble there. Ranger and Sweet William are geared up to run, but I think Easy is just going to plow over everyone to get out of here! Millie is on the lookout for a way out. But I think Socks is totally in charge here -- he's just going to ride the stampede to a quick getaway!


RUN, guys!! Head for Sweet William the Scott's for Mile 16, and maybe you can lose 'em!