OMD, OMD, OMD, I had SO much fun on Saturday! It was Wags & Waves, our annual event where the waterpark goes to the dogs! Unfortunately we had a cold front roll in on Friday, so it was super chilly on Saturday. Brr. But we still braved the water and had SO much fun! 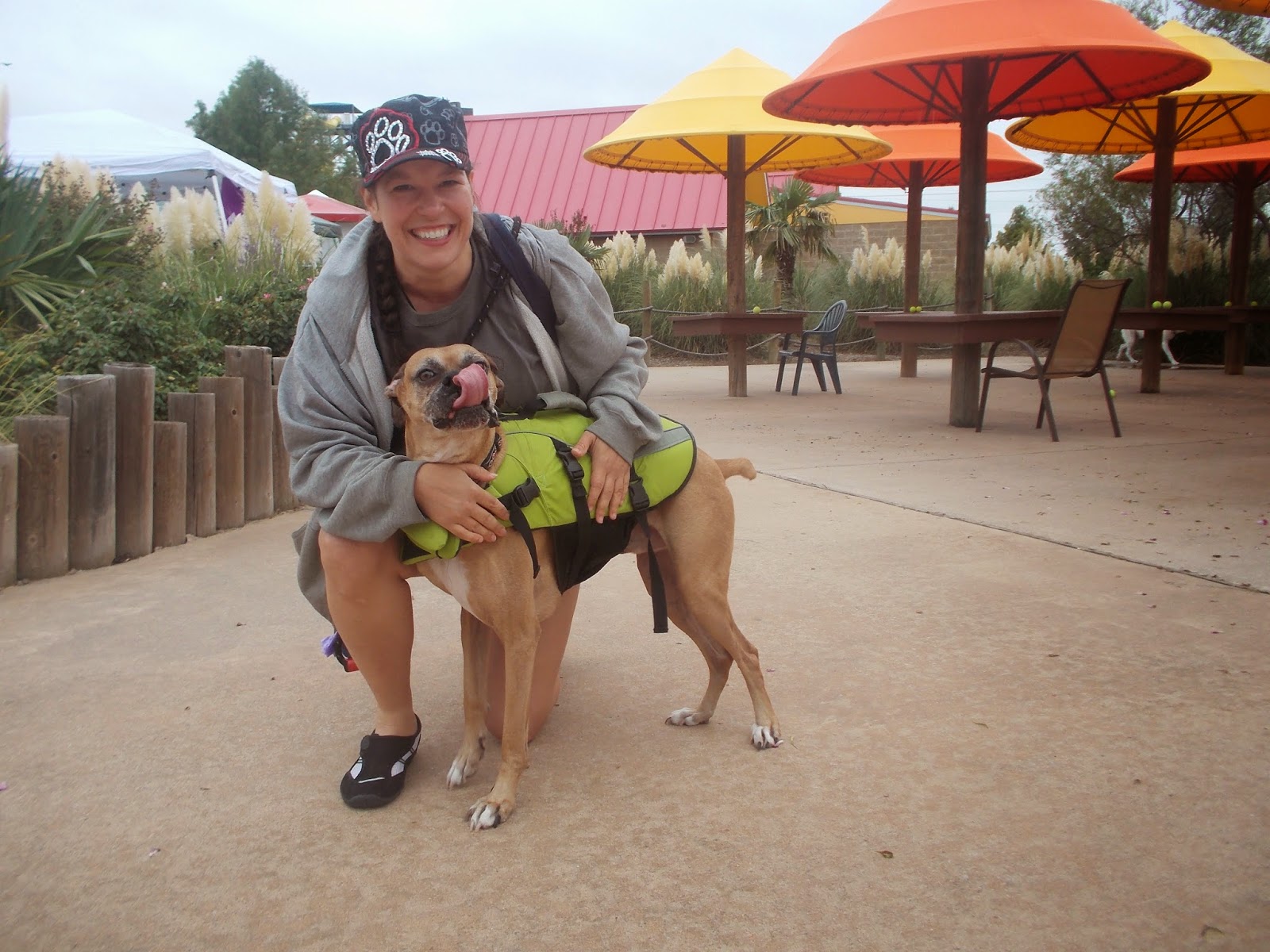 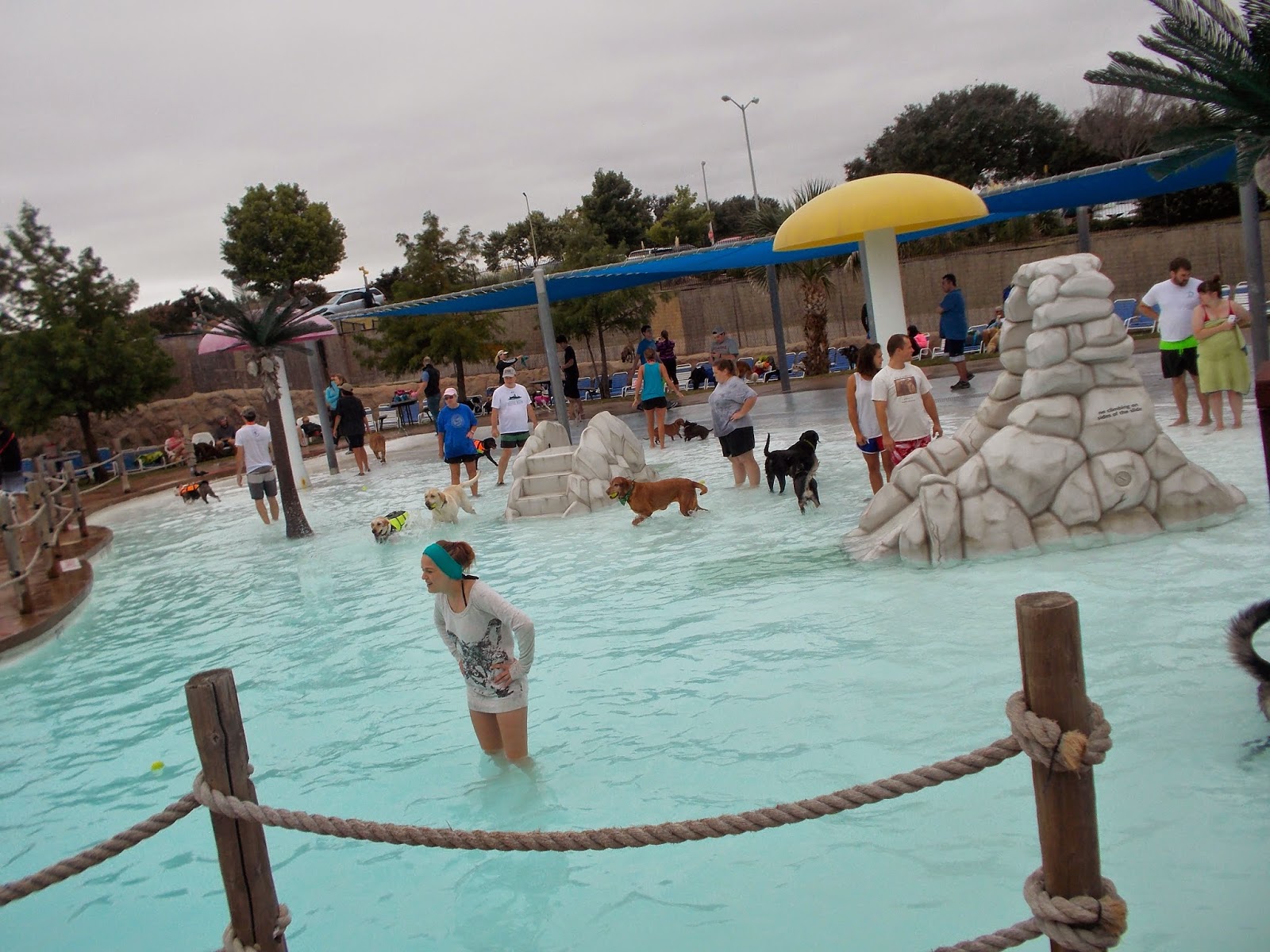 There were lots of furiends to play with, new and old! 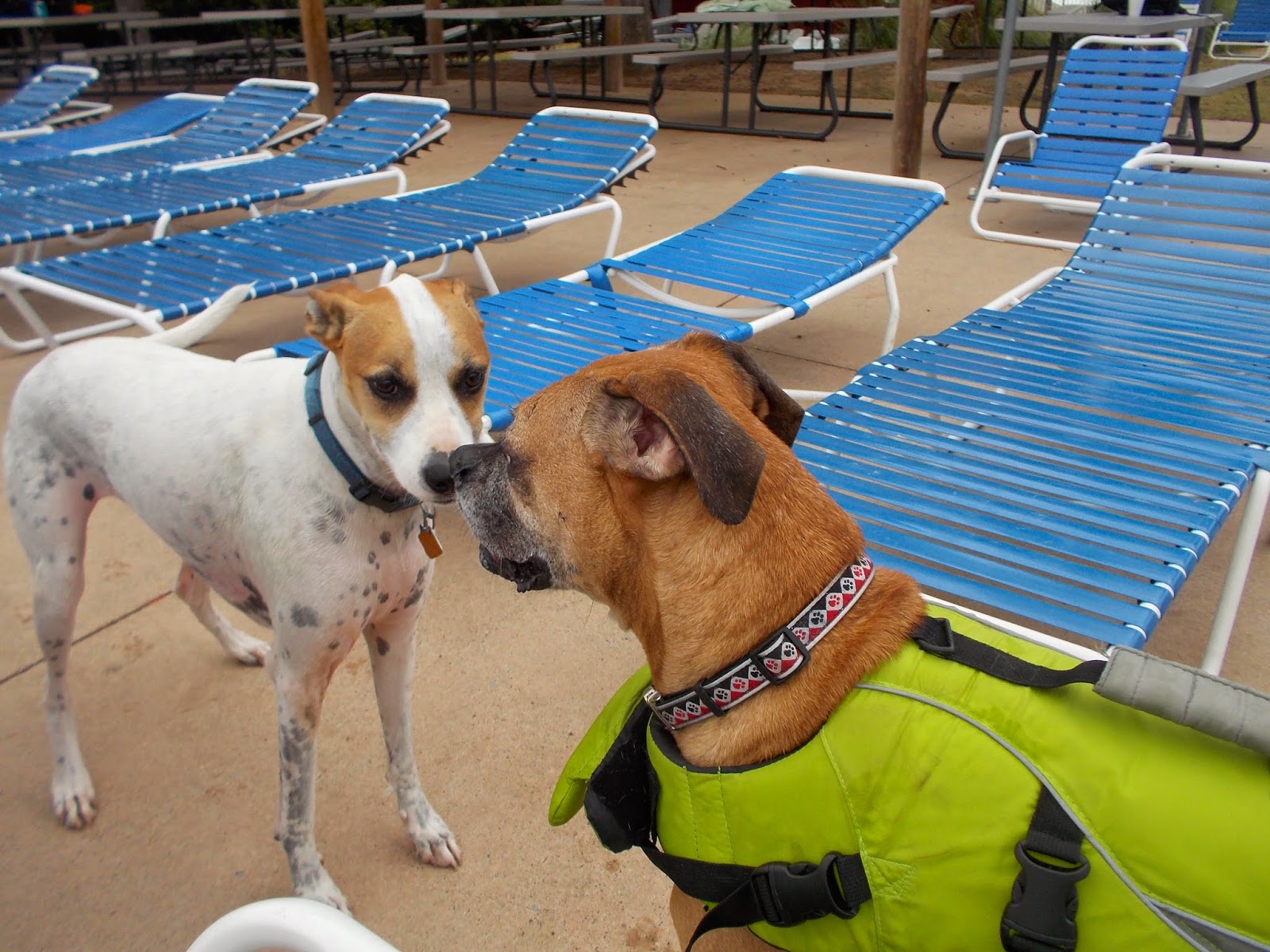 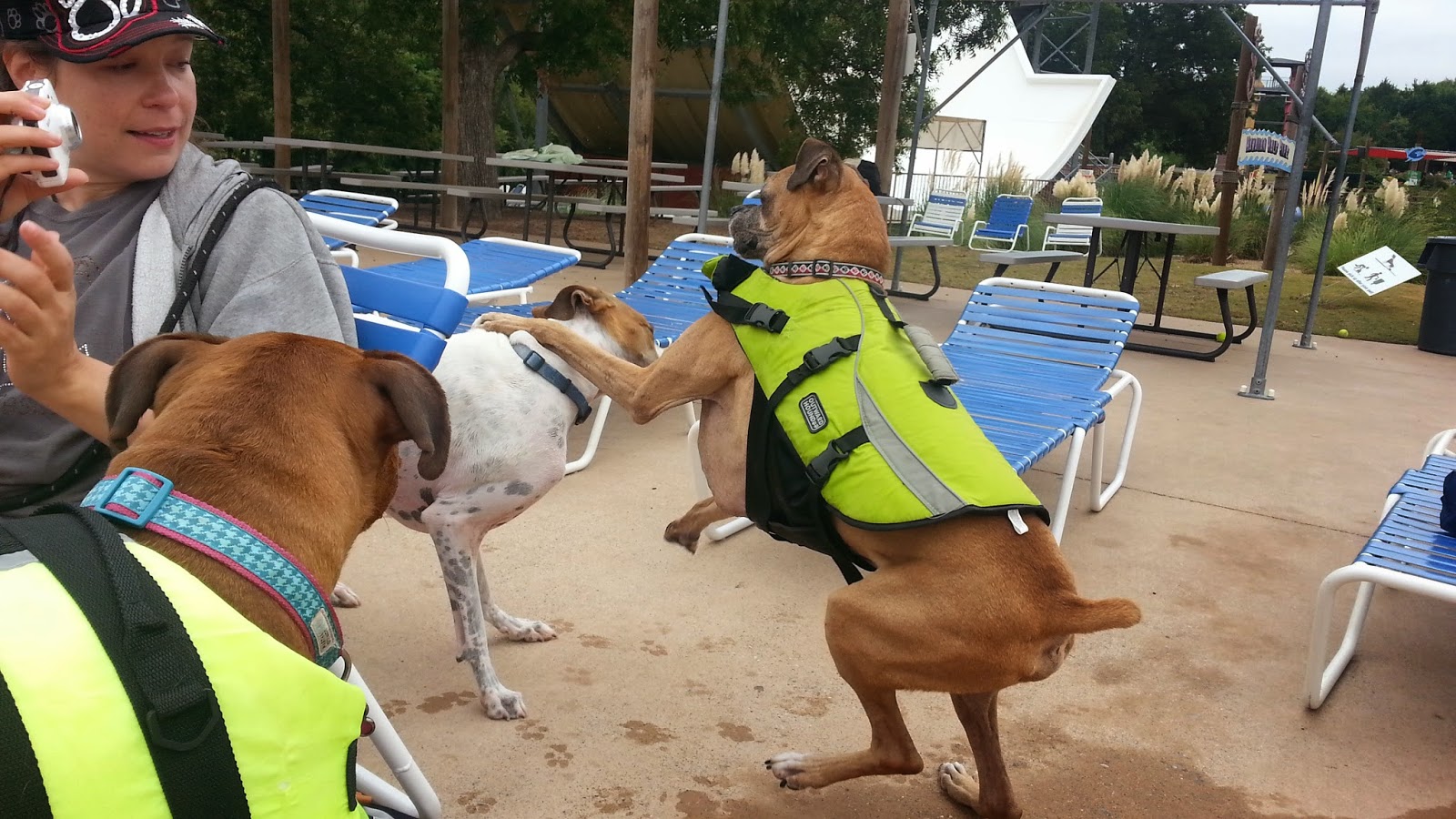 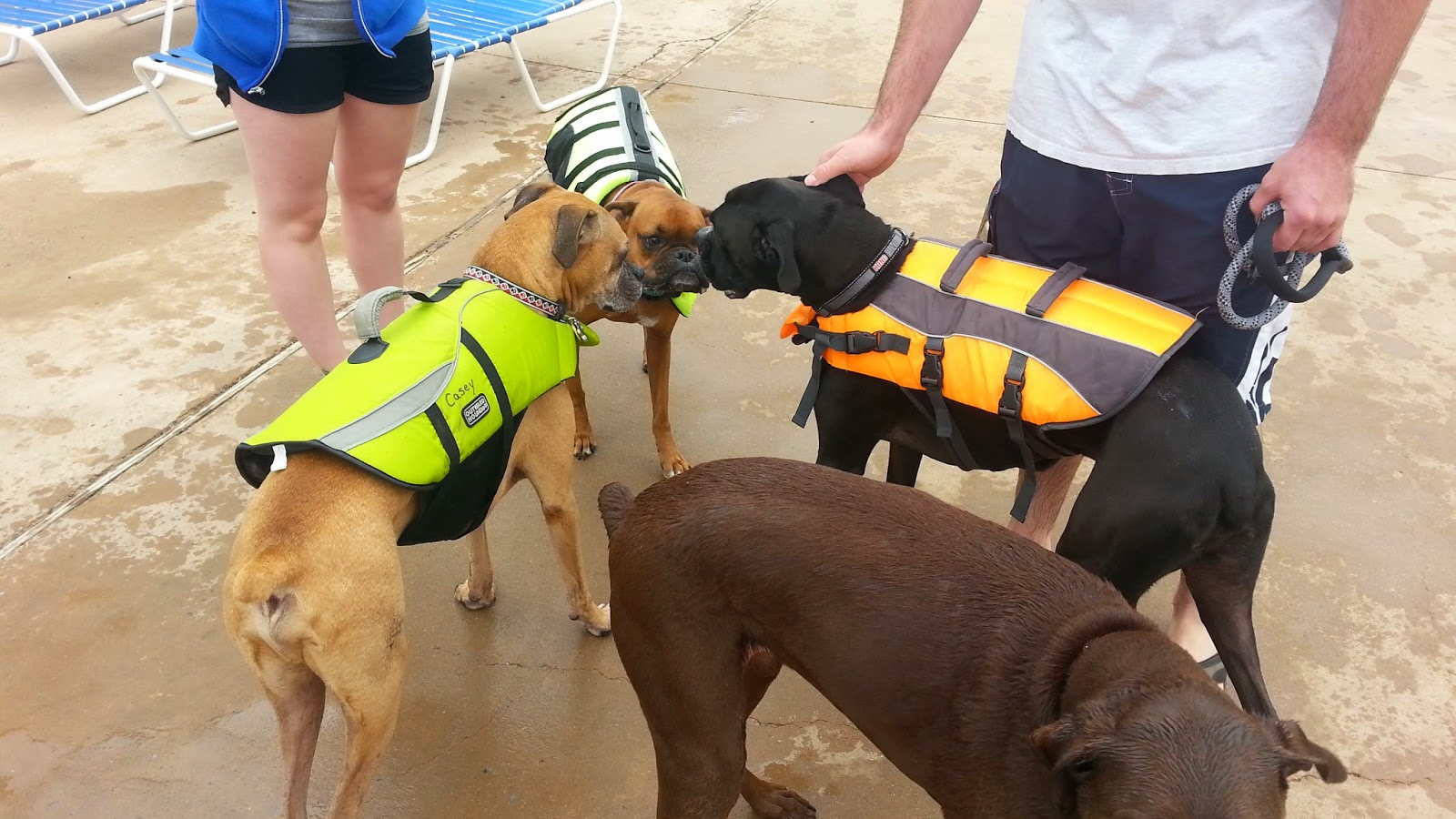 I wasn't so sure about the water at furst. Like I said, it was COLD! And I'm not the biggest water fan anyway. But after a few tries, I got the hang of it. 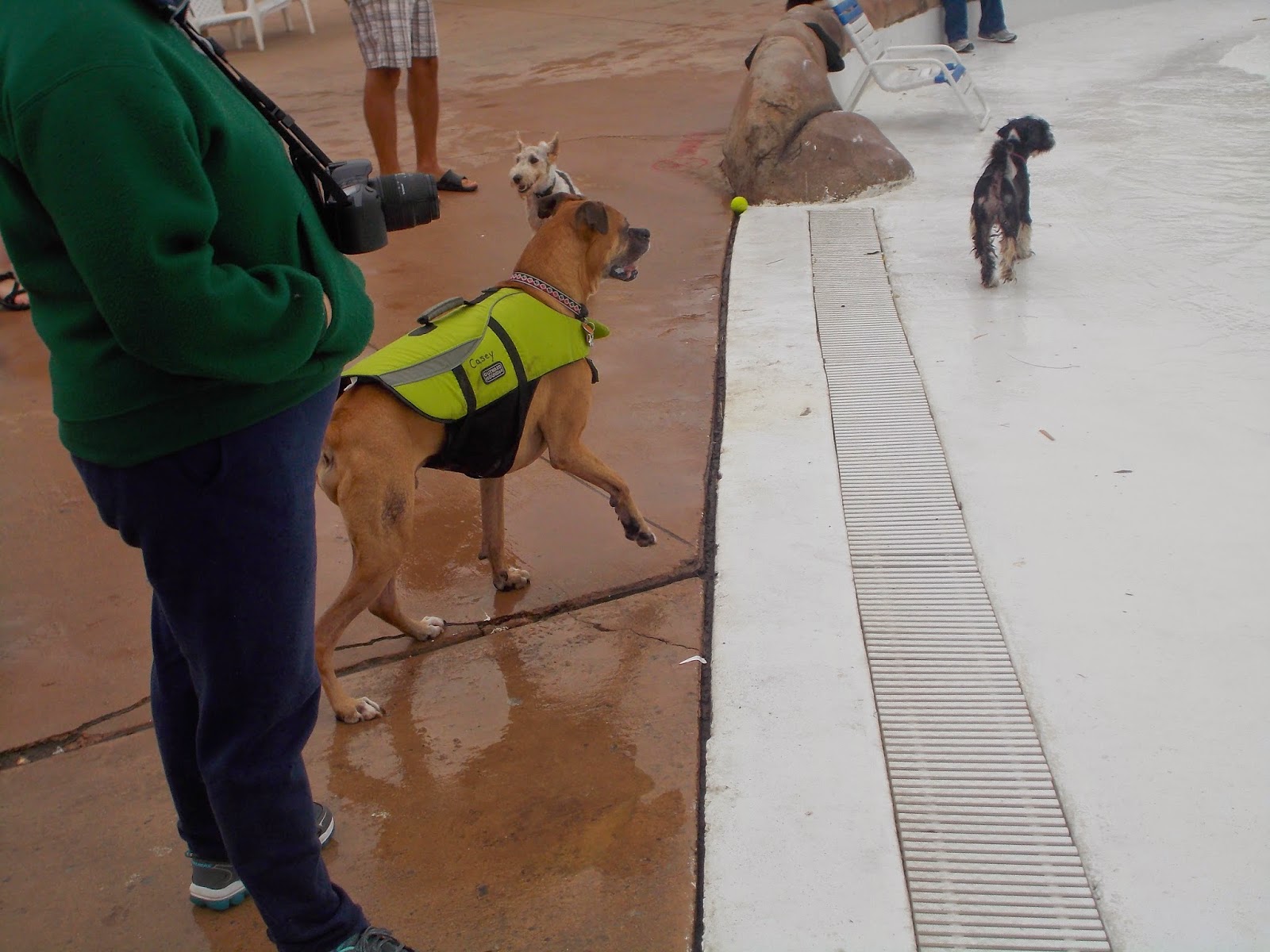 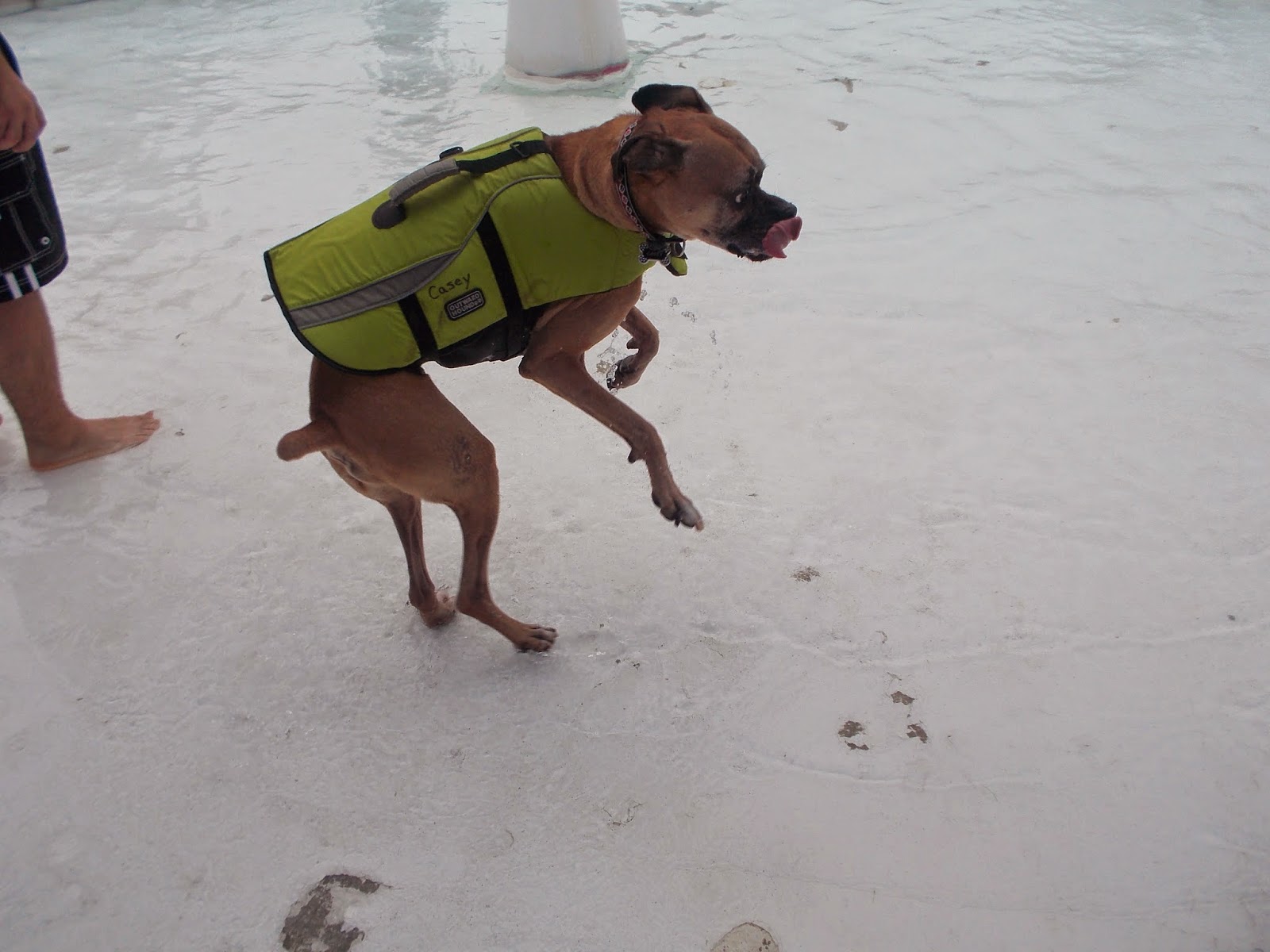 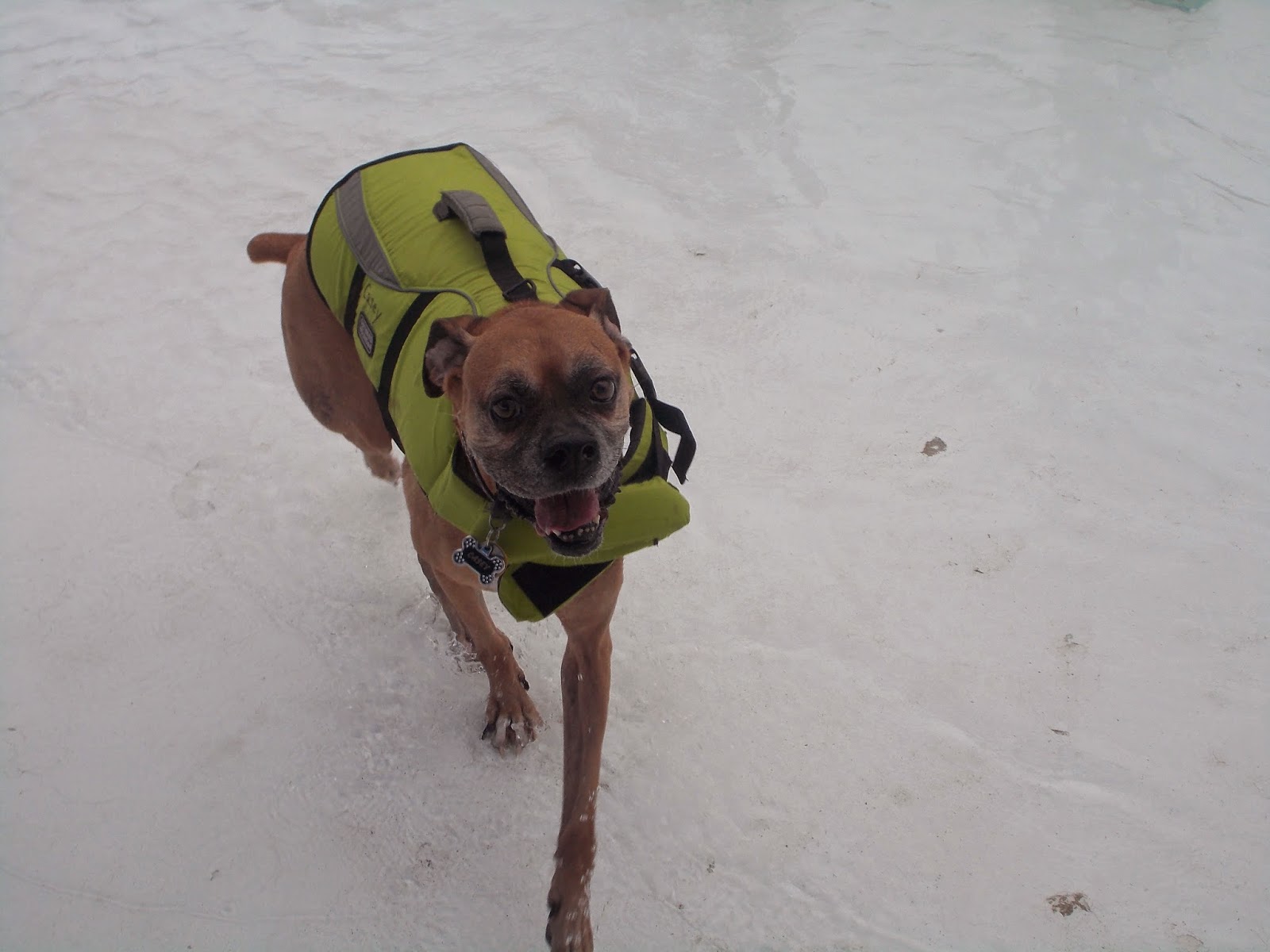 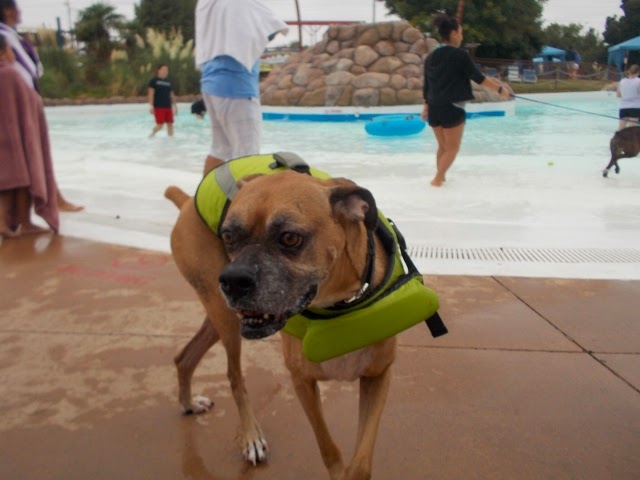 Momma and I decided to take a little trip around the lazy river. Momma liked it, but it was a little skeery! I didn't like being in this weird tube that bobbed around on the water, especially at the parts that were pretty wavy. 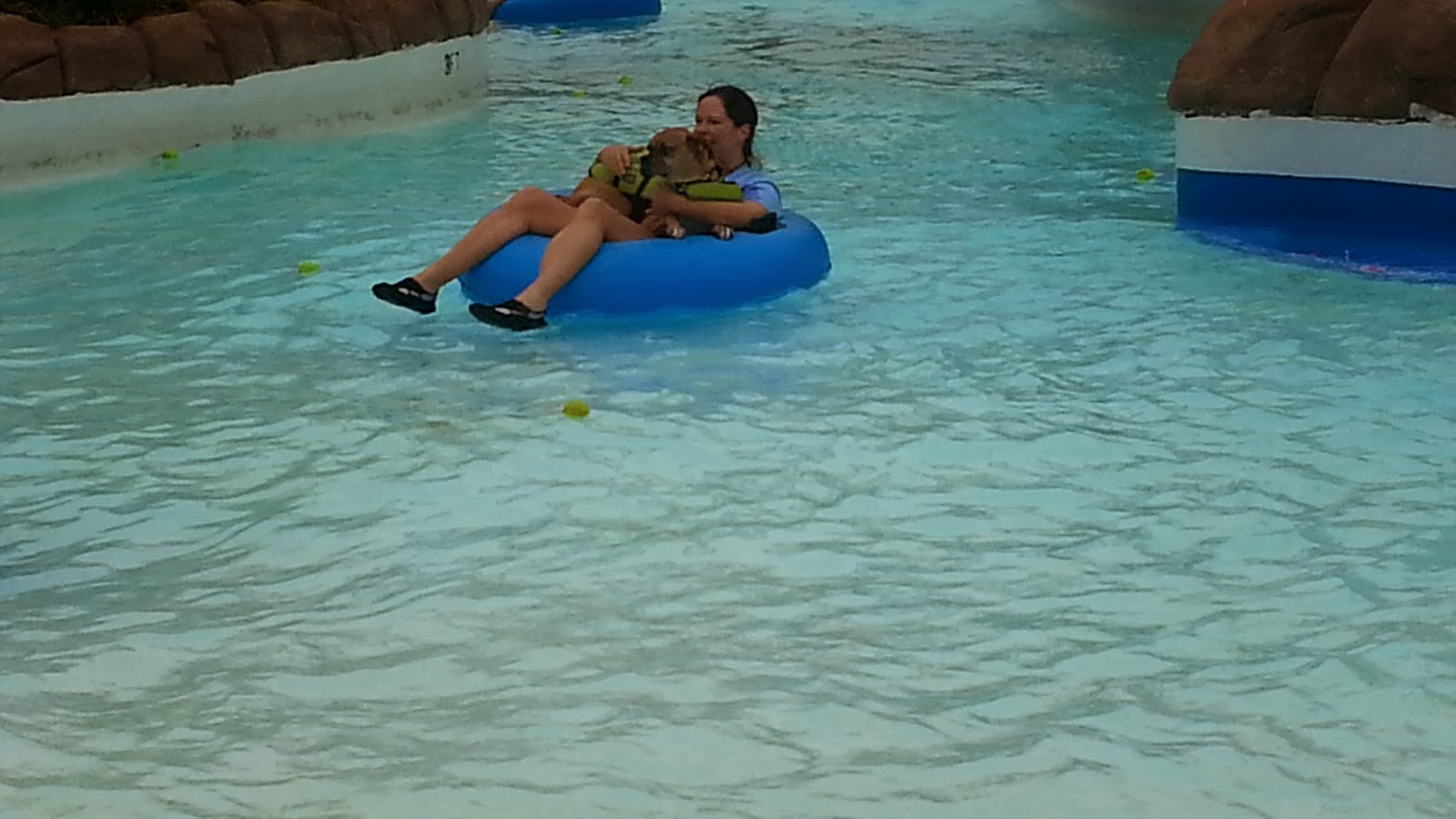 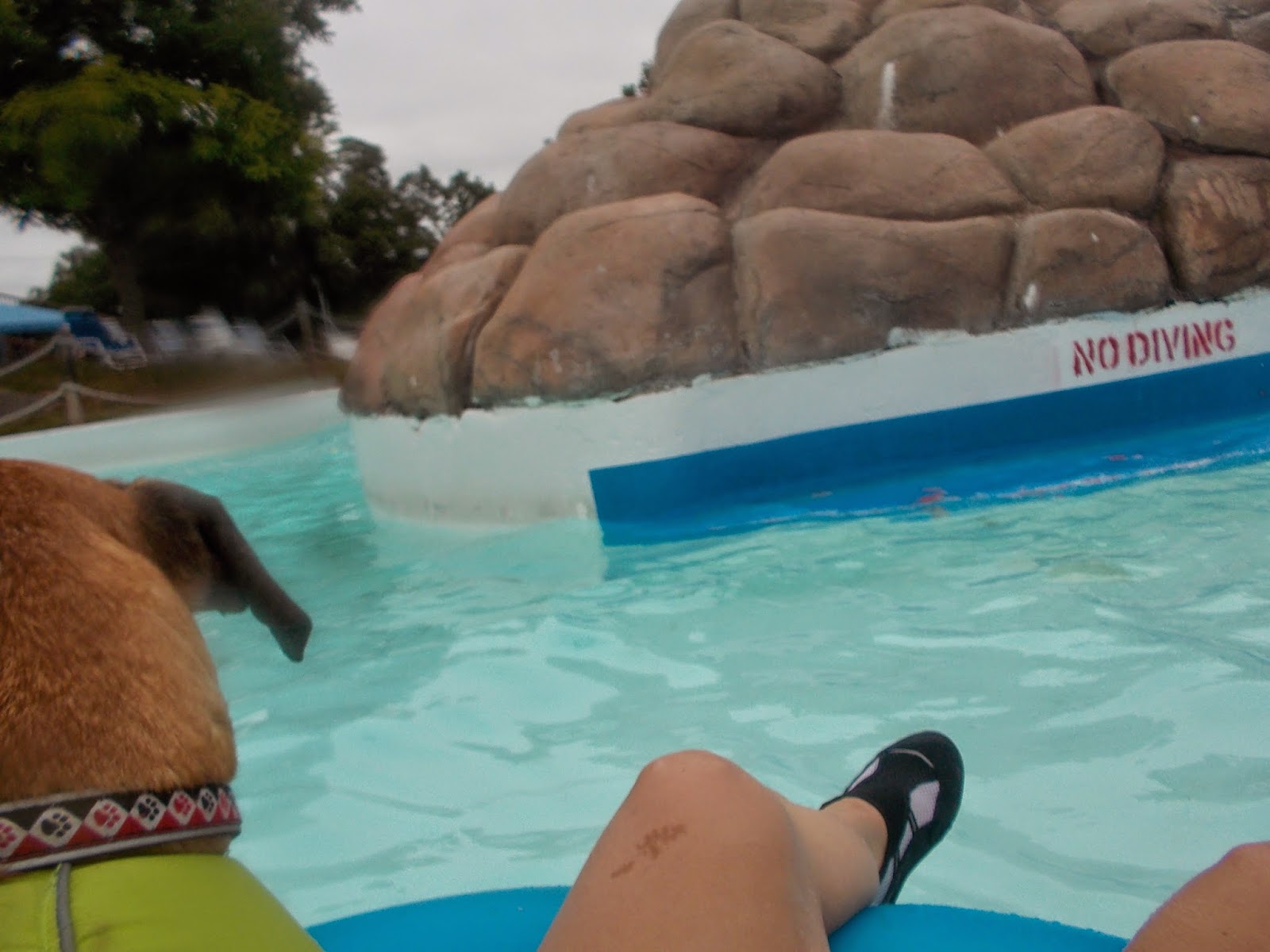 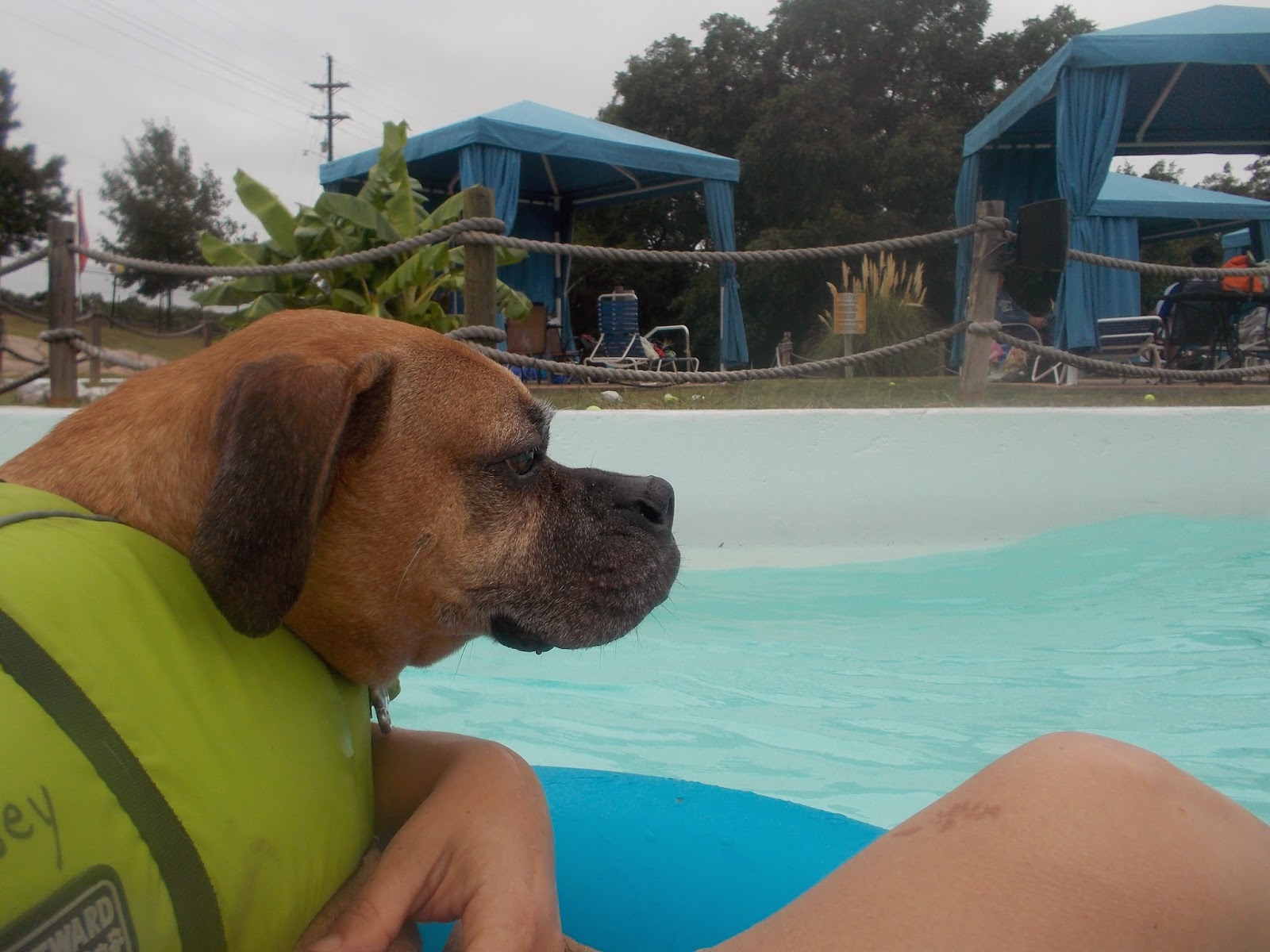 There were LBR volunteers there too. I gave Auntie Sharon a big kiss! 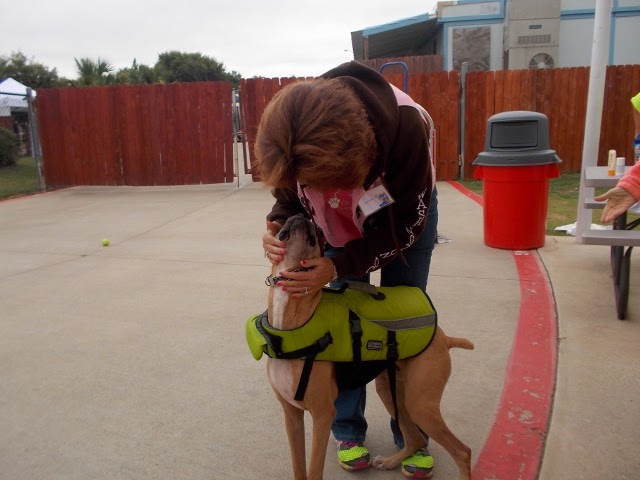 And I was a little skeered when I met Loki. His horns freaked me out! But he was nice and got down to give me some skritches. I told him to be nicer to his brother Thor, and he said he'd try. 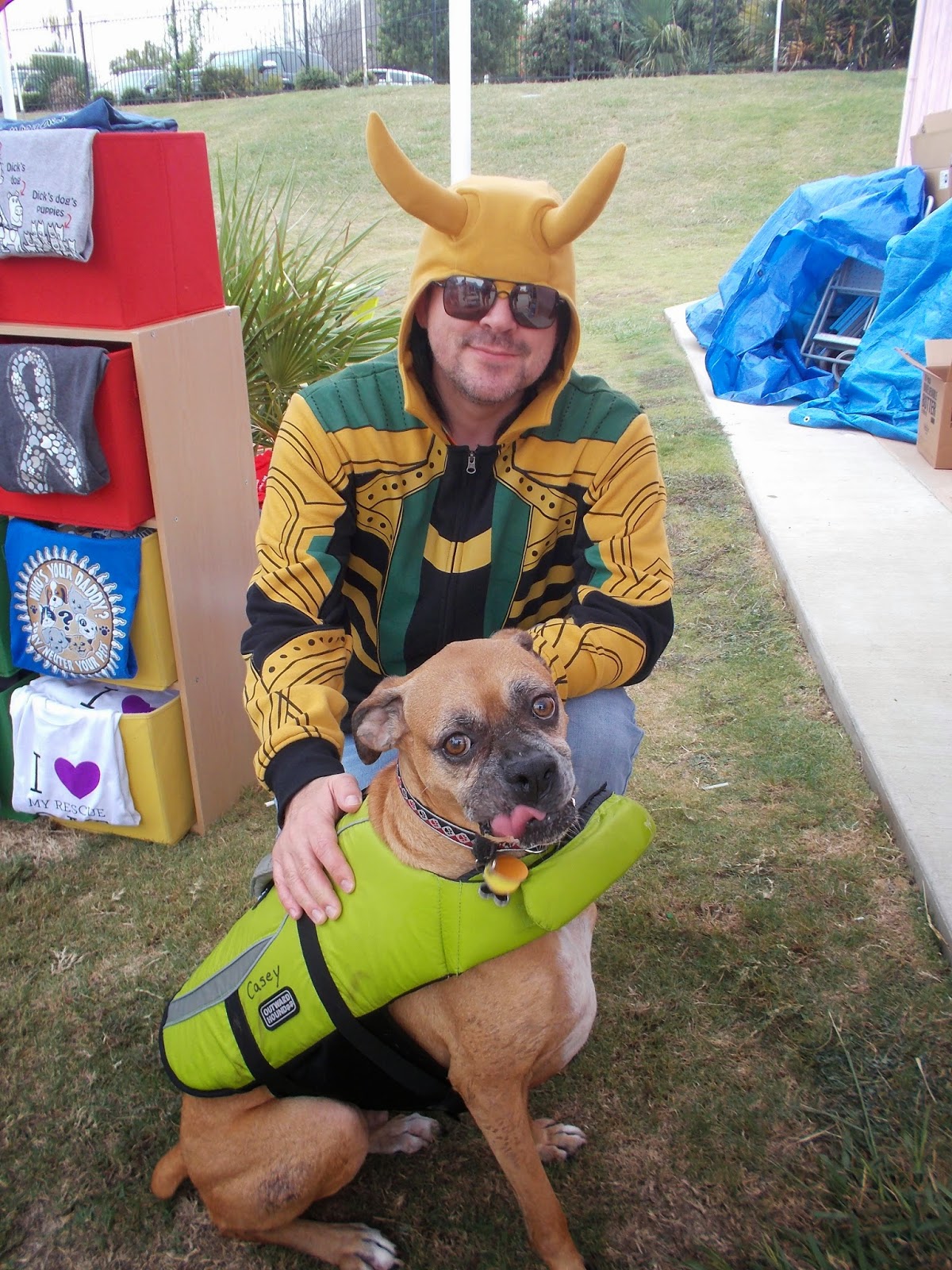 This is a random picture Momma threw in because she said I look like a show dog. :) 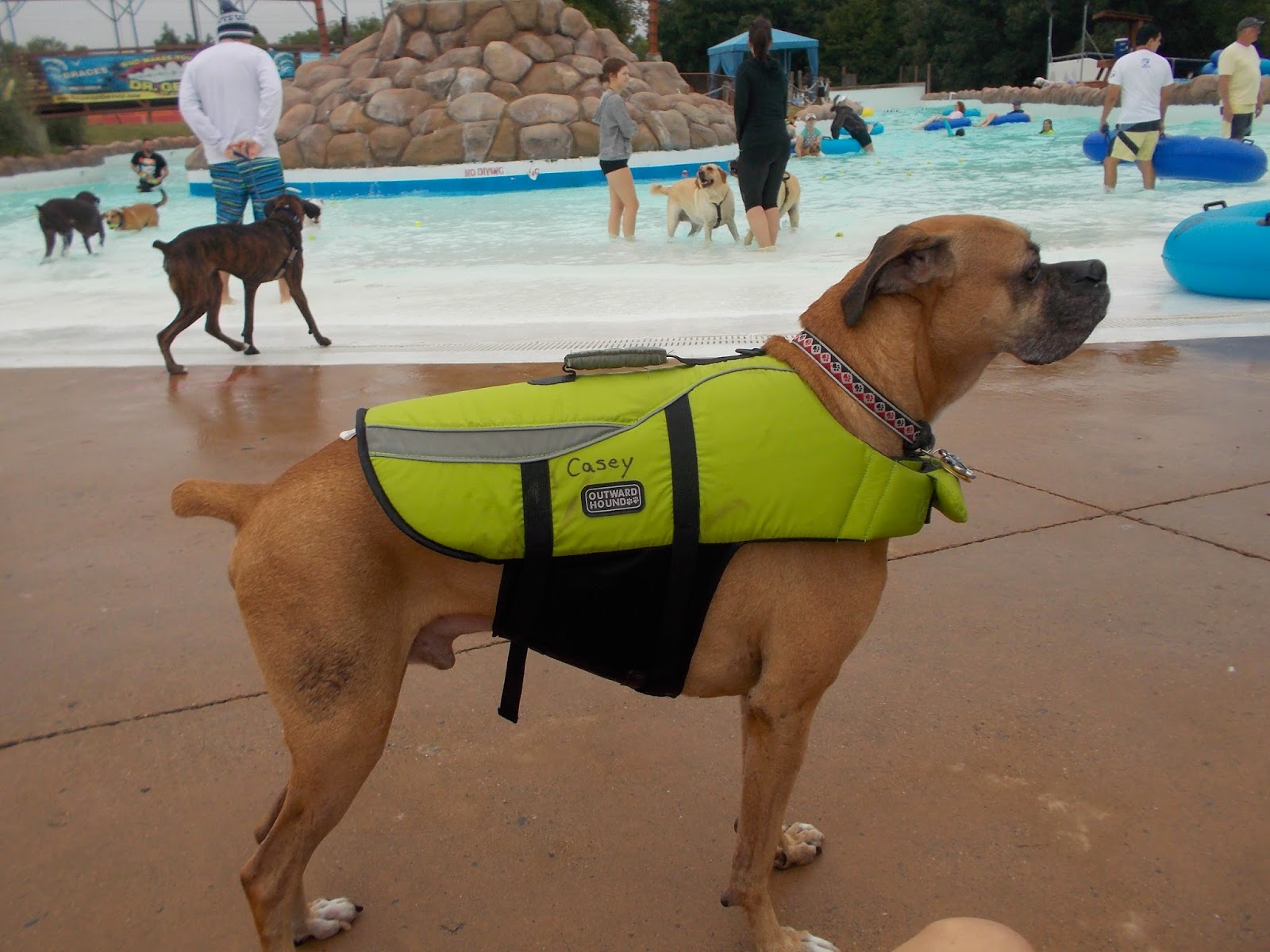 It was a grreat day! I had so much fun. Afterwards, I spent the whole ride home like this. 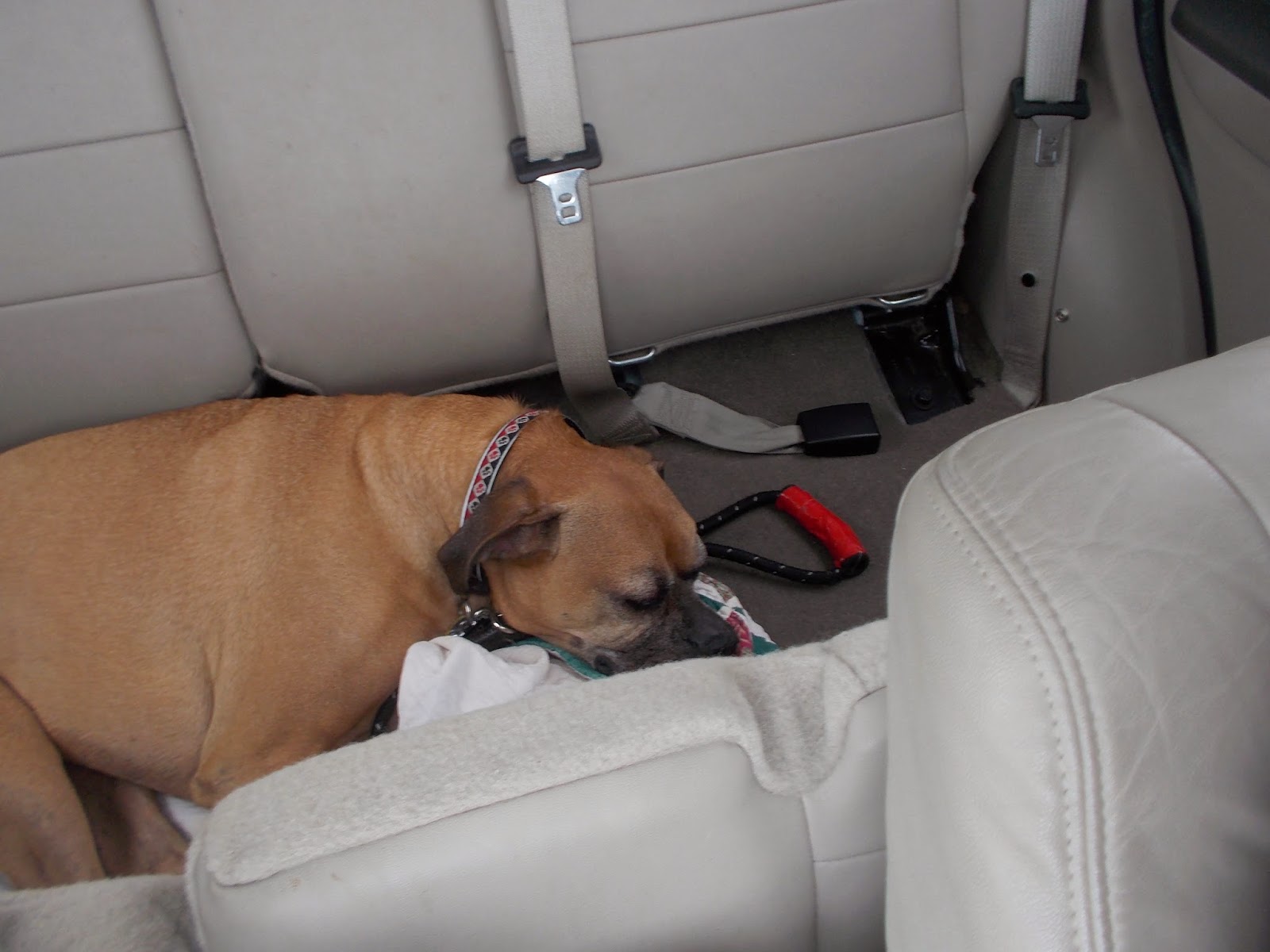 PeeS: Osha is doing better! The vet is cautiously optimistic that she's responding to her new treatment. Hopefully I'll have some good news and pictures to share later. Keep that power of the paw coming!
Posted by Matilda the Boxer at 8:00 AM