Judge Casey on the bench

Judge Casey here. Sometimes I am called upon in my role as Boxer Ambassador to render judgment when LBR dogs are accused of certain behaviors. The defendant today is Gabby, the sweet-looking girl on the right. Hmm. What could she pawsibly be accused of?? Let's hear from the prosecution! 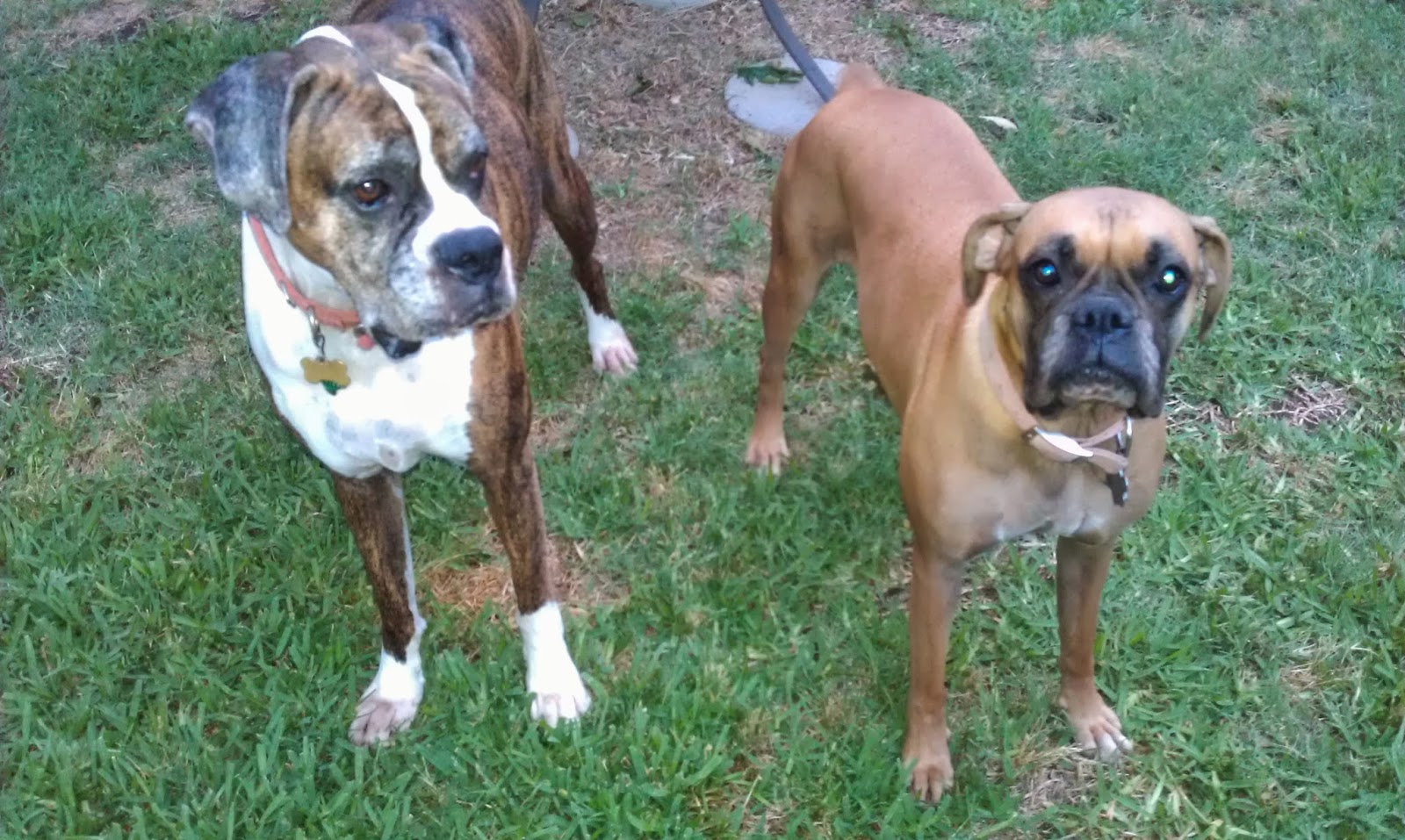 Here is Gabby's Momma's version of events: "Left these two on their honor while we ran errands.  3 steaks and a pork chop thawing in the sink.  Came home to two small pieces of bone and a bloody mess on the carpet.  Needles to say dimner was late, we had to quick thaw more meat.  I forget that Gabby is a jumper and pretty sure she procured the meat out of the sink.  Will be investing in a nanny cam of some sort in the future.  Boxers!"

The prosecution rests. (And that last line sounds an awful lot like racial profiling to me!!) Now let's hear from Gabby in her defense:

"So dere I was, hanging out innocentlys at home while my momma ran errands. I promised her I would be a good girl, so I was curled up in my bed playing with a stuffie. Then all of a sudden I heards a noise in da kitchen, and the next thing I knew, a massive horde of squirrels were running out with 3 steaks and a porkchop hoisted above their little heads. Well, I dropped my stuffie and LEAPED at them, snapping and snarling. "Stop dat! Don't you know dat's dinner for da humans tonight?!" Well, they taunted me and waved those steaks around, and then they started taking BITES out of the steaks just to tease me!! So I jumped at them. It was a fierce battle. I barely made it out alive. I'm going to have nightmares about all those squirrels. <shudder> In the end, all that was left of the steaks and the porkchop were two small pieces of bone, but I took LOTS of squirrel blood in payment!! I had just finished chasing all of them away when Momma came home. I was expecting lots of praise for my vicious battle against the squirrels, but instead she accused ME of eating the steaks!! Can you believes it?!?!"

Wow. Compelling arguments on both sides. The jury is going to consider both cases.... And it looks like the verdict is in: 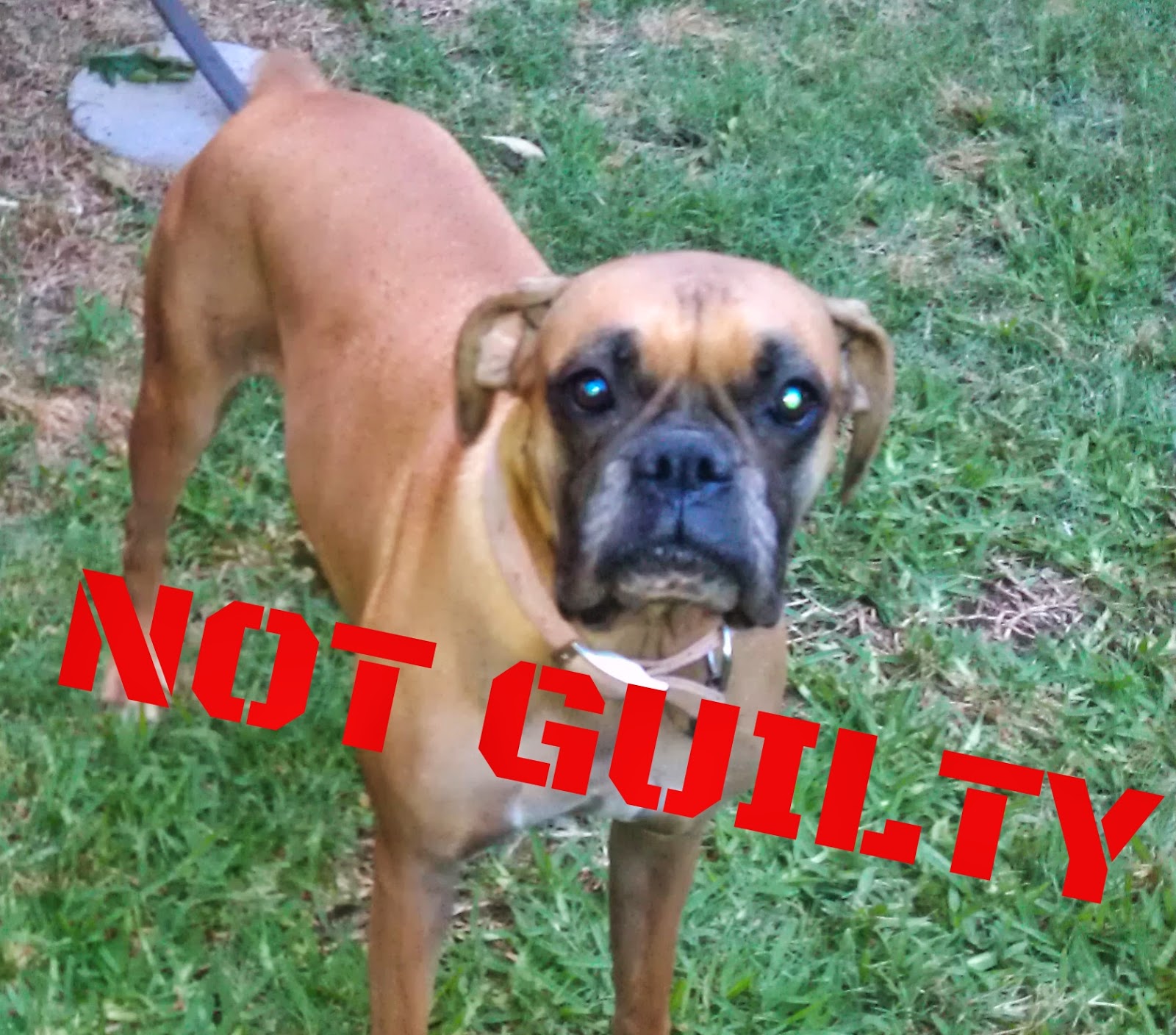 Poor innocent Gabby! I hereby find that you are owed a steak EVERY night for a week, extra ear scritches, and an abject APOLOGY from your cruel Momma. Thank you for your honorable defense of your home against the menace of the squirrel horde!
Posted by Matilda the Boxer at 8:28 AM