Ugh, I see why humans are always talking about those green papers. They're so hard to get, but you need them for everything!! Right now LBR is really in need of a lot of green papers to help not one, not two, but five of our dogs that need surgery. It's called or-tho-ped-ic surgery, which means it's to help their bones. Poor babies!

Denmark is ashamed that he's the first of our babies who needs help. He has a torn cruciate ligament, and his surgery will be $2,000 - 2,300. 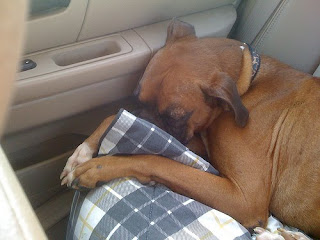 Look at this cute face! Pippi (because she's got a long stocking, see?) fell a long way and broke both of the bones in her back leg. It was a really nasty break, with the bones actually poking through the skin. Owwww! We're not sure how much her surgery will be, but another dog with a similar issue cost us about $2,600. 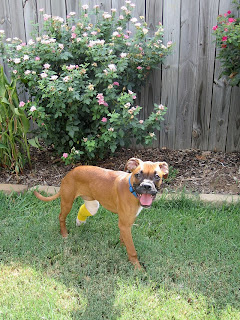 Look at handsome Walker! He came to us with a nasty injury that basically took all the skin off his leg! We didn't know that he also broke his foot, and now he has some pieces of bone floating around that have to get chased down and taken out. His surgery will run around $2,500. 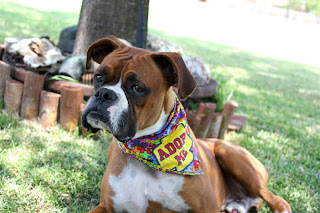 Lark is relieved that she isn't the most expensive of the group. At a mere $800-1,000, she's almost cheap! But she needs surgery to fix a dislocated hip. She was used as a breeding machine and then dumped, and her hip was out long enough that it can't just be popped back into place. Ow! 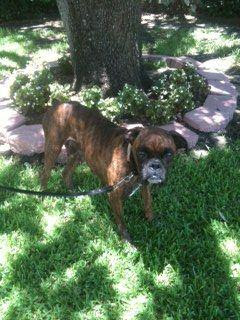 Finally there's handsome Beckham, who says he can be a soccer star if he can just get his old hip injury repaired. That's another $800-1,000. 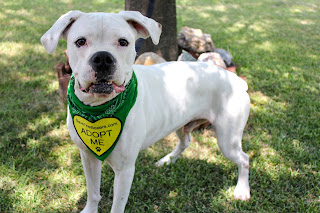 All told, these babies mean Legacy is facing around $9,000 in surgery bills. That's a huuuuuge chunk of our budget, and we could really use some help. If you have even a few dollars to spare, please go to Legacy Boxer Rescue to donate. Every little bit helps! And if you don't have anything to spare, please at least send up some good thoughts and prayers for these 5 babies that their surgeries go well and they don't have any other problems! They really appreciate the support.
Posted by Matilda the Boxer at 7:52 AM